The Great Days > Automotive > Corvette Racing at Bahrain: Let’s Go Out with a Bang!
Automotive 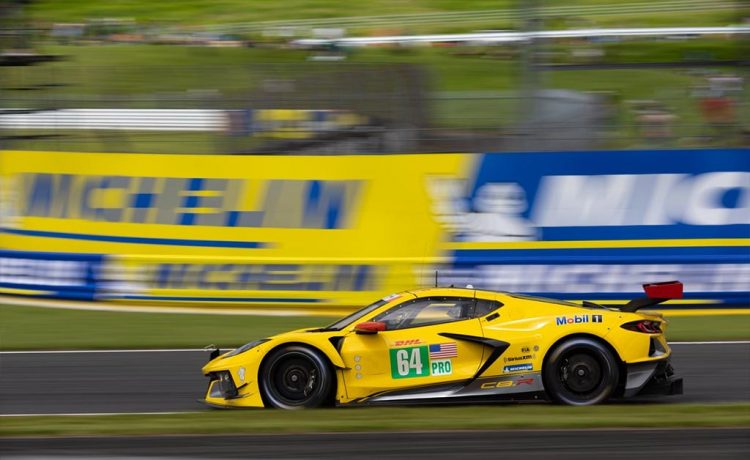 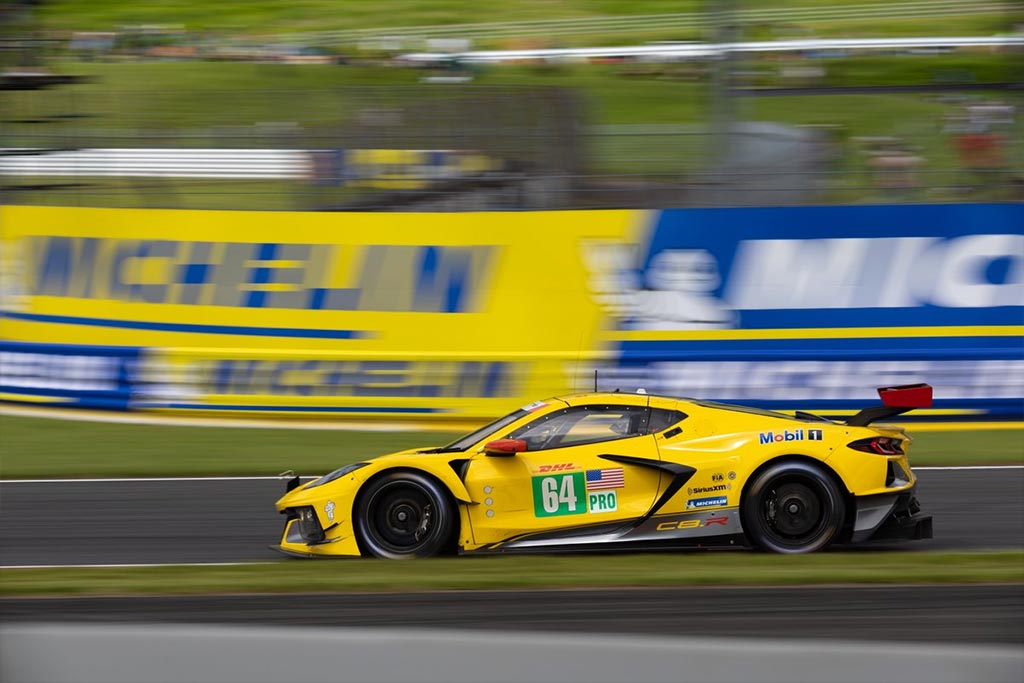 DETROIT (Nov. 8, 2022) – Corvette Racing will put a cap on its first full year in the FIA World Endurance Championship with its initial trip to the Middle East for the season-ending Eight Hours of Bahrain.

As they have all season, Tommy Milner and Nick Tandy will pilot the No. 64 Mobil 1/SiriusXM Chevrolet Corvette C8.R in Corvette Racing’s first trip to the Middle East. A new venue doesn’t intimidate the team as it has a victory at Monza in its Italian debut. Bahrain will be the 33rd different track for the Corvette program.

Another victory not only would close out the WEC season in the best way possible, but it also would put Corvette Racing in the history books as the winner of the final GTE PRO race in the championship. 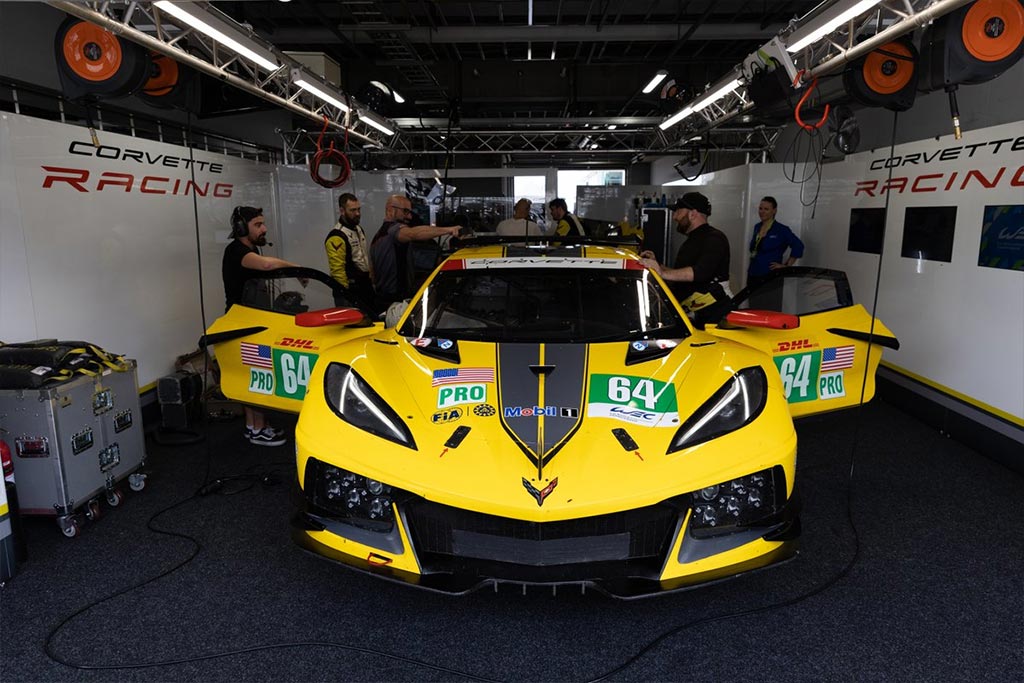 The category has been part of the WEC since the 2011 season, and the technical regulations matched the GT Le Mans (GTLM) class in the IMSA WeatherTech SportsCar Championship from 2014-2021. In the GTE/GTLM era, Corvette Racing has recorded 33 victories across WEC and IMSA competition.

The 3.363-mile, 15-turn Bahrain International Circuit is unique in multiple ways. It features less than 17 meters of elevation change over the course of a lap, and the entire lap – all but the exit of Turn Four – is run below sea level.

As expected, it’s a very arid circuit with desert sands and rocks bordering the racing tarmac and runoff areas. In many ways, Bahrain is similar to WeatherTech Raceway Laguna Seca on the IMSA calendar. There, sand and dust constantly blow across the track surface which puts a premium on generating grip and maximizing tire life. 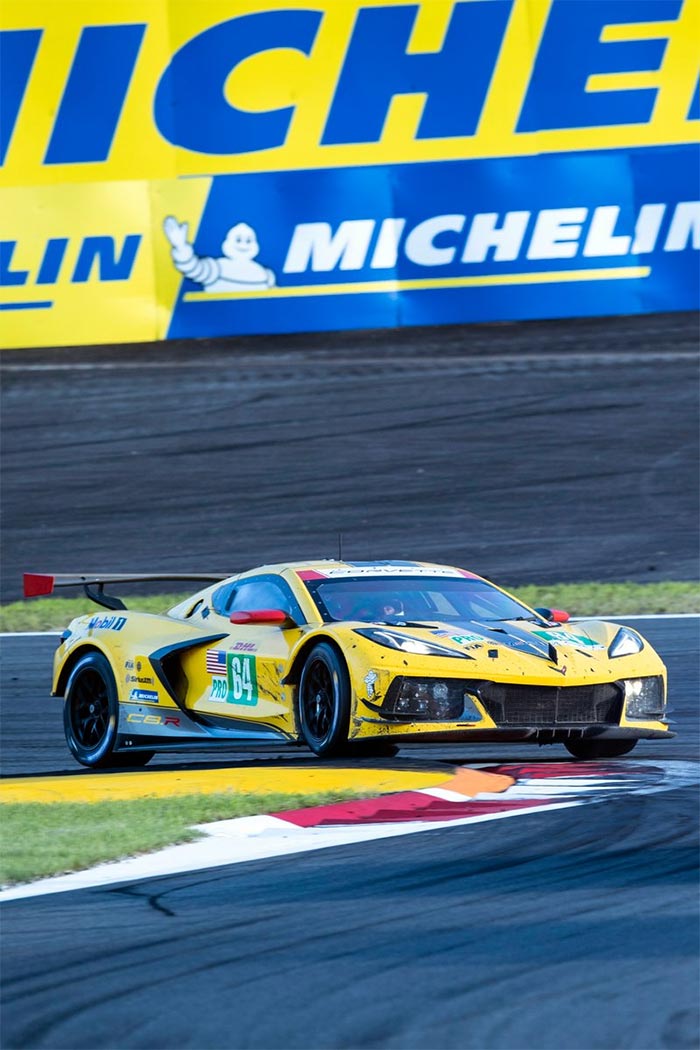 While the track surface at Bahrain is much smoother and less destructive to tires compared to Laguna Seca, the significantly warmer air and track temperatures at Bahrain compared to the Monterey Peninsula will make it a challenge to prevent sliding of the tires across the track surface. To that point, tire performance will play a significant role in the outcome of Saturday’s race.

The No. 64 Corvette opened the WEC season with a strong second-place showing at the rain-shortened 1,000 Miles of Sebring. Things were trending the right way for the Tandy/Milner pairing at the Six Hours of Spa before a red flag just past the one-hour mark wiped out the team’s first planned pit stop and effectively put the Corvette a lap down before finishing fourth.

The 24 Hours of Le Mans was a cruel blow with the No. 64 C8.R eliminated while leading just shy of the 18-hour mark. Spirits lifted within the team following a thrilling class victory at Monza where the team won a fuel-mileage race for its first WEC win outside of Le Mans. Milner and Tandy finished fifth on a challenging weekend at Fuji in September.

The Eight Hours of Bahrain for the FIA World Endurance Championship is scheduled for 2 p.m. Arabian Standard Time (AST) / 6 a.m. ET Saturday from the Bahrain International Circuit. Qualifying is set for 4:50 p.m. AST/8:50 a.m. ET on Friday. The race will air live on MotorTrend with live streaming coverage of the race and qualifying on the MotorTrend Plus app. Radio Le Mans will broadcast qualifying and the race. 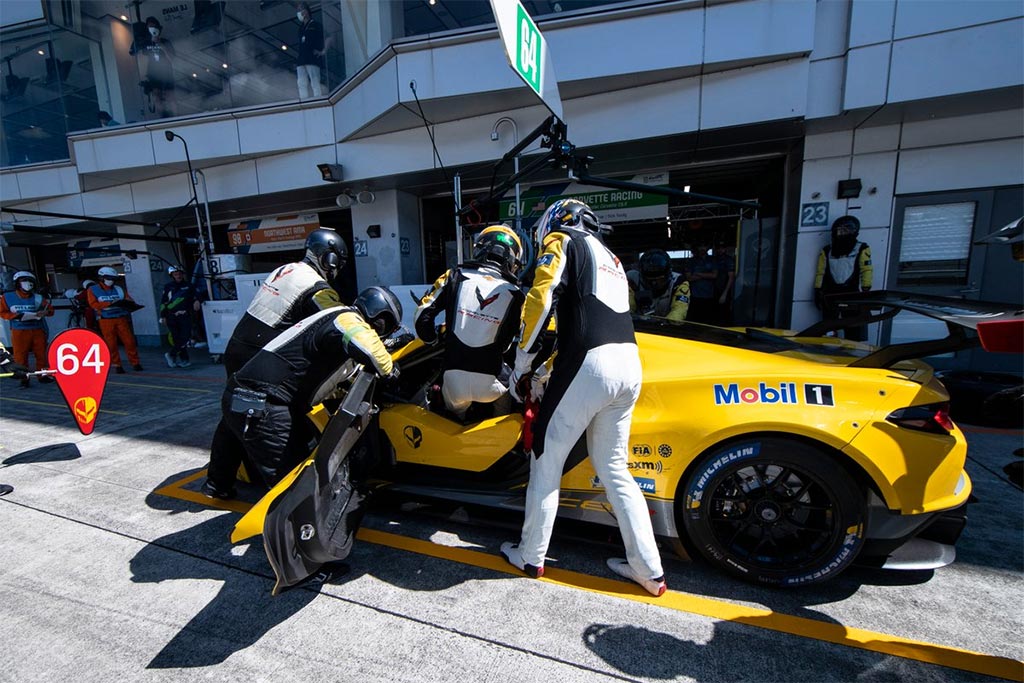 “The track surface at Bahrain is pretty unique in general. To simplify it, you have big stones and little stones, polished and unpolished. It’s totally different than anywhere else we go. From the sim work we’ve done, it feels like there is a lot of grip. From what other drivers and teams have said, it’s a track that is aggressive on tires. That correlates pretty well with what we’ve seen in the simulator. I’d imagine the first practice session will be quite difficult as we dust off the track a little bit. It’s a circuit that is a little bit like Fuji with some long-duration corners and medium- and high-speed stuff. There are lessons we took from Japan that can apply here. The track surface being unique and its characteristics will play a big role in the strategy for the race.”

“I’ve raced in the Middle East once before at Dubai, so I have a little bit of understanding of the culture. It sounds like Dubai and Bahrain are similar in some ways. The fans were awesome when I went and it was a cool place to go see, and I’m sure Bahrain is similar in many ways. I’m excited to get there.”

“I raced at Bahrain for the first time in 2010 and went there twice before in WEC. I’ve never driven a GTE car around there so this will be fun. The effect of the sand on the tire and how the tire interacts with the surface… how each car reacts to the sand blowing around – and it does quite a lot – can affect things quite a lot. It’s one of the challenges. It can be very gusty and windy, and the direction can change. This is another factor with the high-downforce cars that we have. When it’s windy, it does have an influence on the race and it can change lap by lap.”

“It’s an interesting circuit and good for racing and good to drive. Bahrain rewards consistency because you see the highest level of tire wear of any track we go to. You have to have consistent and clean driving, and the track punishes overdriving. This is good because you always want to influence a race as a driver.”

“One of the good things there is that you have linked corners… corners where what you do in the first corner influences what happens in the next. You have places like turns One and Two and then you have the Esses in the middle of the track, and the fastest section is in the middle. You have to figure out how to best get time out of them, whether you give up time in the first part to improve the second section or second corner. That’s always nice as opposed to have a straight, a hairpin and then another straight. Those races are kind of car-defined whereas with these types of corners, you can as a driver affect more of what’s happening and affect the laptime.”