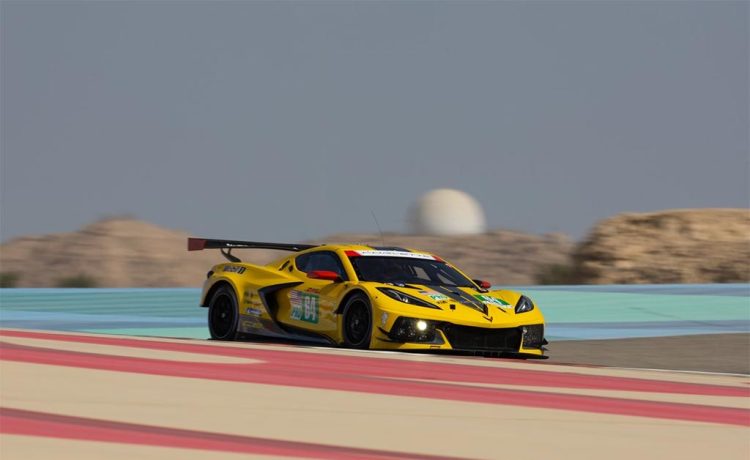 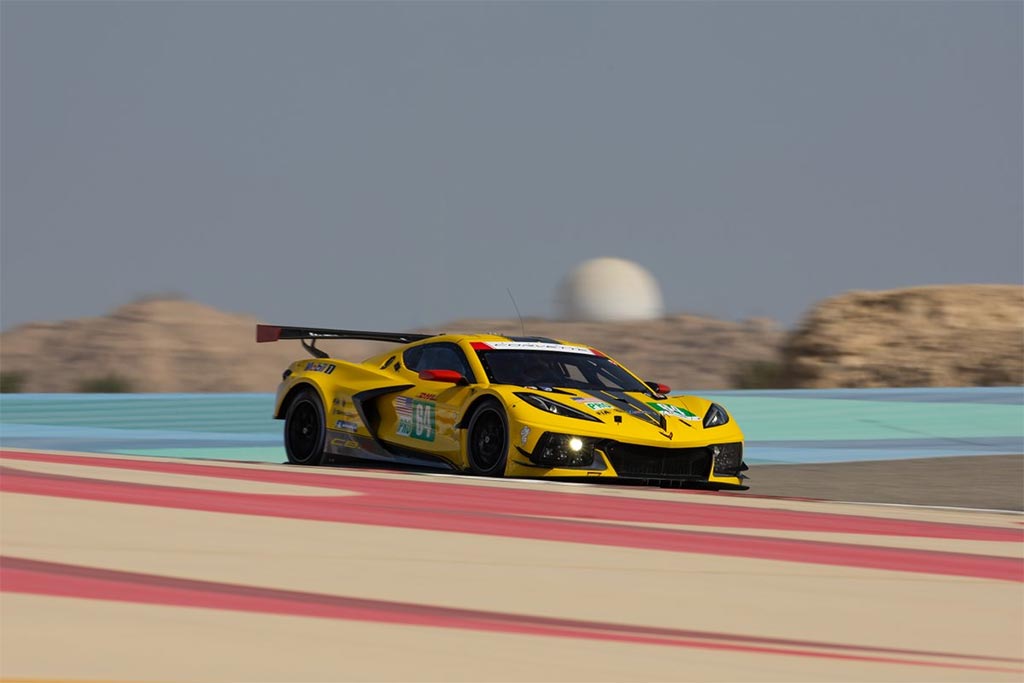 SAKHIR, Bahrain (Nov. 16, 2022) – Shortly after closing its season with a heroic runner-up class finish in the Eight Hours of Bahrain for the FIA World Endurance Championship, Corvette Racing was back on-track for a one-day test ahead of the team’s 2023 campaign.

Ben Keating, already confirmed to drive the Mobil 1/SiriusXM Chevrolet Corvette C8.R next year in the WEC, got his first laps in the mid-engine racer Sunday along with two prospective teammates: Axcil Jefferies and Nicolas Varrone. Once a final decision comes, the three will focus on winning races and a championship in the GTE Am category – the first season for Corvette Racing in the class after a decade-plus as part of GTE Pro.

The sporting rules of the GTE Am category require at least one Bronze-level driver – Keating in this case – as rated by the FIA. One professional-level driver – Catsburg – is allowed along with a second Bronze or Silver-rated driver. That trio will contest the full seven-race WEC calendar including the 24 Hours of Le Mans in June.

Corvette Racing ended its first full FIA WEC season with a runner-up finish by Tommy Milner and Nick Tandy in the No. 64 Corvette. The team will open the 2023 season with the 1,000 Miles of Sebring on March 17.

“First off, thanks to Nick Tandy for the two years he spent with Corvette Racing and what he did to elevate the team and our program in both IMSA and the WEC. Having he and Tommy Milner as part of our lineup for our first season in WEC was a great experience with some fantastic results.”

(On 2023): “We’re really excited based on the results of our preliminary testing for 2023. Ben got in the car and was strong right off the bat, which is exactly what we expected. We know Nicky (Catsburg) does well based on his history with us. The pace of the silver-rated drivers we tested was good. We’re eager to decide on the right fit to complete our lineup. There is a lot to look forward to in our return to the WEC next year with a competitive team and car in a new class. I feel like we are off to a good start.”

“Those first laps were really good. The feel of this car is significantly different than the Aston Martin that I’ve been driving the last two years and the last three days. I don’t know how many laps I did… maybe 10 laps this morning and I’m still learning a lot about the car. It’s very impressive. It’s fun for me as a driver. I think I’ve driven almost every single GTE car now, and they’re all a little bit different in the way you find speed. Obviously the Corvette is no different. You have to learn where to find the speed and how to work the car. It’s been really interesting. In looking at the data, and as an example I was one gear too low in every single corner; I was over-slowing the car in every single corner than what I needed to because my brain isn’t calibrated to how quickly the Corvette can go through a corner. That’s just an example of the things I need to learn, and I’m excited to do that.”

(Outlook for 2023): “I’m really looking forward to running in the Corvette. I pay for all of this racing by selling cars, and I’m super excited to get back into racing a car that I sell back in Texas at my Chevrolet dealerships. I’m super excited to race for an American manufacturer with an American team. Almost everyone in the garage sounds like I do! When we win a race next year, we’ll get to hear the American national anthem. That’ll be special. I’m very excited about what next year holds for us as we learn to gel and as Corvette Racing learns what it’s like to be in GTE Am for the first time.”

“I’m really delighted. Thanks to Ben Keating and Corvette Racing for the opportunity. It’s just an amazing car… a pure racecar that I enjoyed driving. It’s really fun. The brakes surprised me. The braking efficiency is really amazing. There was a learning experience because I’m used to other cars, but the team helped me a lot during the day to try new things and improve every time I went on track. It was good and I enjoyed it a lot.”

“Honestly the car feels great. Not only that but the team is fun to work with. It’s a really nice group of guys. It was nice getting up to speed with the car. I expected quite a lot from the car. Obviously it’s a factory program and I expected everything set to the highest level, and it really delivered. It would be great if this opportunity could happen in WEC. Let’s see what how it works. I tried my best, and now the decision will be up to the team and Ben.”

Corvette Racing at Bahrain: What a Run to GTE Pro Podium!