The Great Days > Automotive > Corvette Racing at Bahrain: What a Run to GTE Pro Podium!
Automotive

Corvette Racing at Bahrain: What a Run to GTE Pro Podium! 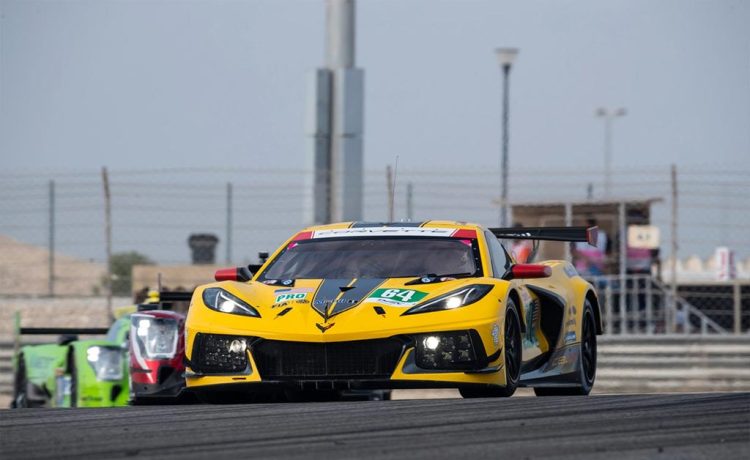 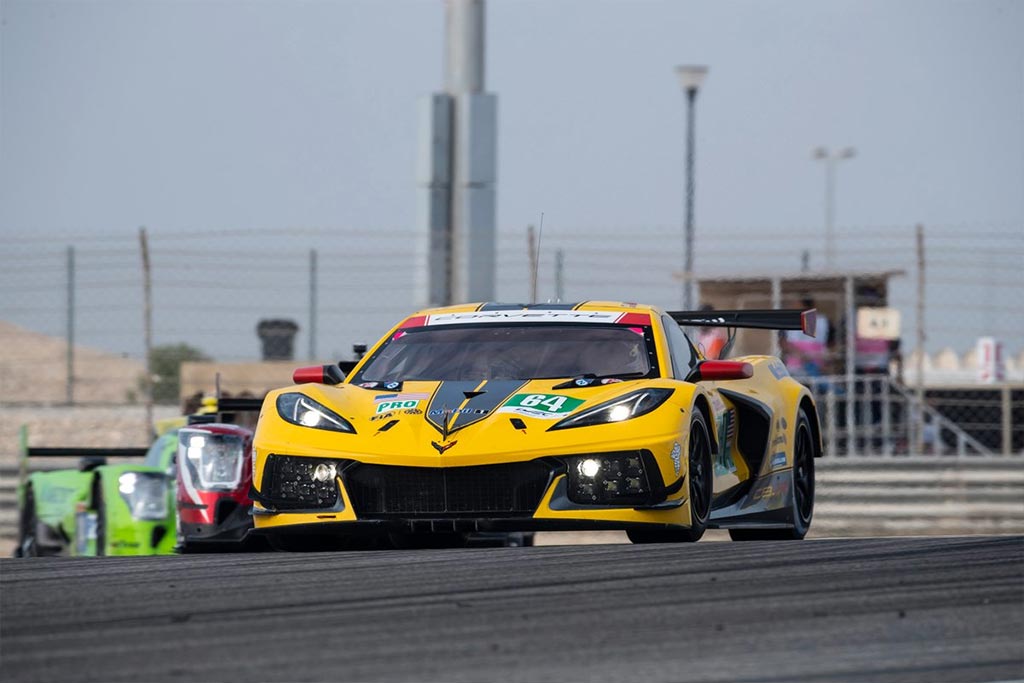 SAKHIR, Bahrain (Nov. 12, 2022) – Corvette Racing’s never-give-up mindset came to the forefront again Saturday as a total team effort led to a runner-up GTE Pro class finish in the Eight Hours of Bahrain and the final race of the year in the FIA World Endurance Championship.

Tommy Milner and Nick Tandy came home second in the last race for the GTE Pro category with the No. 64 Mobil 1/SiriusXM Chevrolet Corvette C8.R. It marked the pairing’s third podium finish of the season and second runner-up result, the first coming in the season-opening 1,000 Miles of Sebring.

Milner, Tandy and Corvette Racing captured the Six Hours of Monza earlier this year as part of the team’s globe-trotting first season in the WEC. Saturday’s result provides a nice springboard to the 2023 season and a GTE Am campaign with the mid-engine Corvette C8.R. 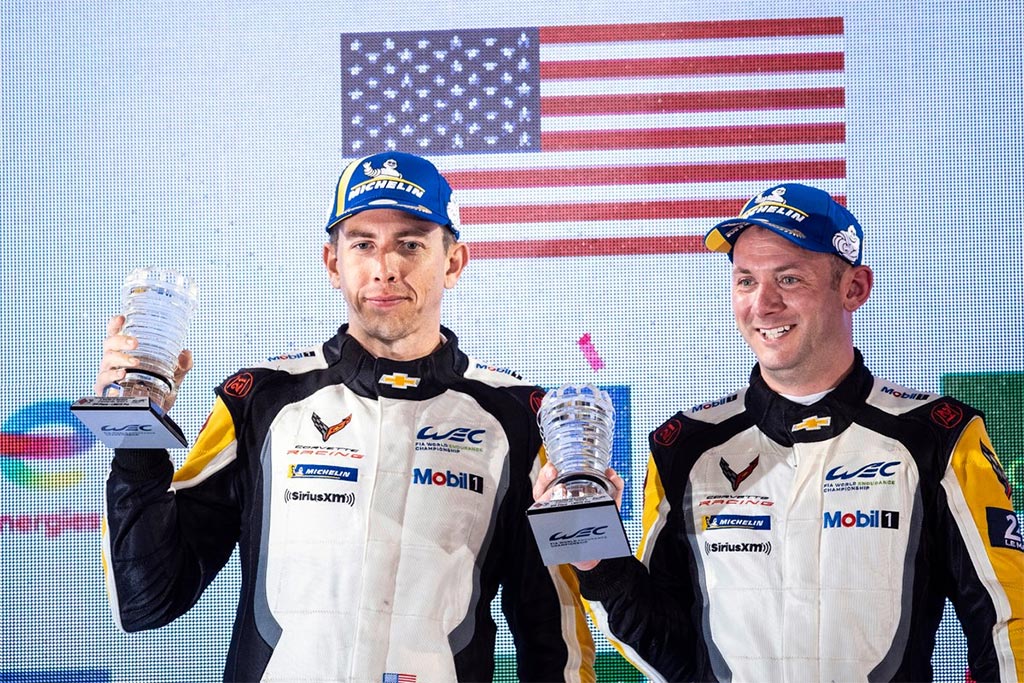 Saturday, the Corvette team’s fortunes took a dramatic change just past the one-hour mark. After starting fifth in class – and sitting at the bottom of the GTE Pro timesheets throughout practice and qualifying – Milner gained track position by going a lap longer than three other GTE Pro cars in his opening stint and made his first pit stop during the race’s first full-course caution just past the one-hour mark.

Going long gained Milner 30 seconds and – more importantly – three positions to second place by the time the race went green again with 75 minutes running. From that point on, Milner masterfully managed his pace and tires on a hot and slippery surface for the next hour before handing off to Tandy for a double-stint under another yellow period. 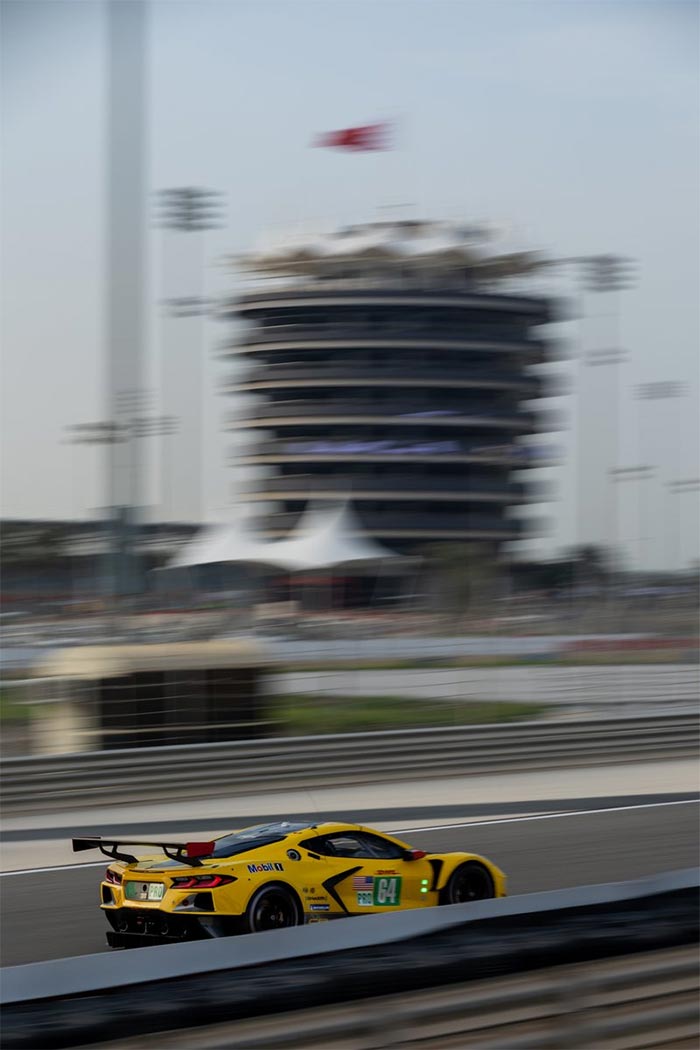 The C8.R continued to show life with changes from the Corvette Racing engineers and crew following Friday’s qualifying. Tandy was able to fight and overtake one of the two Porsches and challenge eventual race-winner Ferrari despite behind handfuls of seconds behind throughout practice.

Milner got back in in the Corvette just past the halfway point – again, under a full-course yellow – and held second position throughout his 70-minute run before a final swap back to Tandy for the final 2.5 hours.

As much as the pre-race adjustments to the C8.R paid off, the pit work by the Corvette Racing crew and engineering strategies – both fuel and tire usage – kept the team in contention throughout. That bore out in the pit stops with the C8.R crew nine seconds quicker in its cumulative pitlane time throughout the race than the other two podium cars in GTE Pro.

The end of the WEC season brought to an end an iconic era of GTE Pro racing. Corvette Racing, naturally, has been part of GTE Pro in the WEC – including the 24 Hours of Le Mans – since the first year of the class in 2011. Its participation in GTE-rules racing was amplified in 2014 with the birth of the GT Le Mans (GTLM) category in IMSA, which used the same technical rules that existed for GTE. 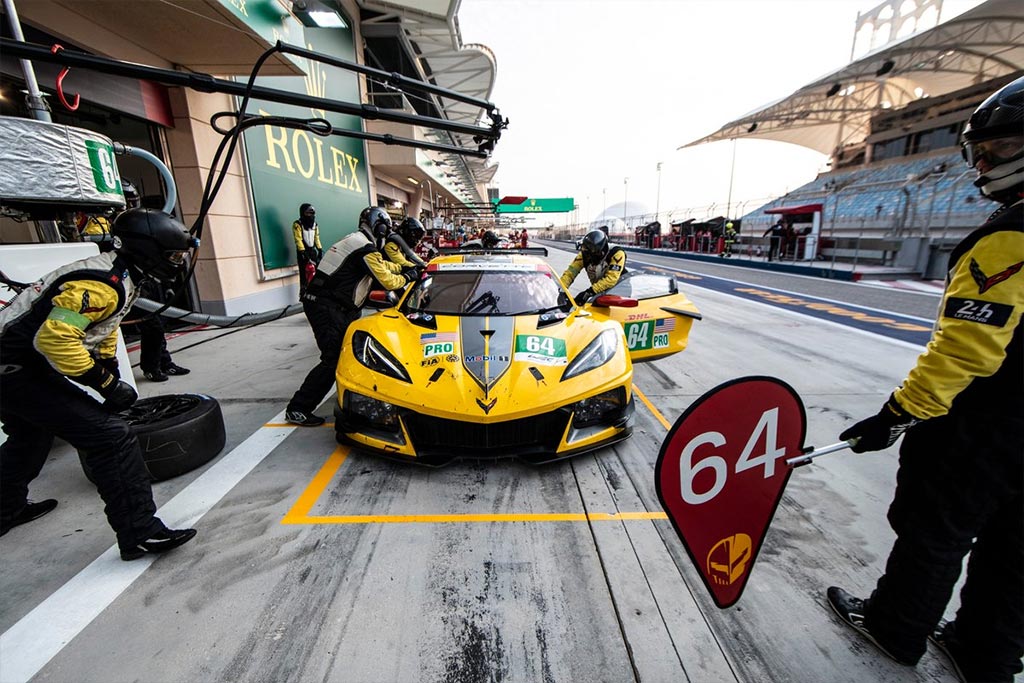 Taking into account both championships, Corvette Racing has an exemplary record in GTE/GTLM competition with 32 victories at racetracks around the world to go along with five Drivers and Team championships and four Manufacturers crowns in IMSA

Corvette Racing will return to FIA WEC competition in 2023 with Ben Keating and Nicky Catsburg teaming in a GTE Am Corvette C8.R. The season begins March 17 at Sebring International Raceway.

“That was definitely a lot better than we were anticipating! It’s great to be back on the podium in the last race of the year and the last GTE Pro race. It’s a little bittersweet. If you look at our season as a whole, we had a great year. There was still a lot to be had. If Le Mans had gone the way it was going for us, Nick and I would be World Champions as drivers so that’s a bit of a bummer. But that’s racing. I’m happy to end this class on a high note and be back on the podium for Corvette Racing. I’m super-proud of the work that all these guys have done this year. We realistically had a championship season, and everyone should be super-proud.”

(On the race): “We were really lucky with the timing of that second full-course yellow and to be in position to take advantage of that. That catapulted us back in the race. Ultimately we didn’t have the pace to run with the Ferrari. The plan from the beginning was to run our own race and be smart on the strategy to see where we end up. The engineers had me save quite a bit of fuel. We did whatever we could do to be as perfect as possible and let the result be determined by everybody else and not by us. Our goal was to drive our own race and see what happened.”

“What a great way to finish the season. It shows again that in a long endurance race, all the pieces and parts of the puzzle – most of those being the people involved – make a huge difference. From a team point of view, we ran an absolute faultless race from start to finish. We got lucky with strategy but we put ourselves in position to get that luck. From then on, we made the Corvette the best that it’s been to drive all week. We had pace in the race when others saw theirs drop. From the pit crew to the engineering group, everyone who has been looking after the team, getting us and the car here and ready, it’s been a great day for Corvette Racing. We finished probably three places further up than we should have, and that’s due to great execution from every single team member. It’s a great way to end this season.”

(On the race): “We got lucky with the early yellow. Actually we had looked at it early and said maybe the only chance we’d have is to try and play something on the fuel strategy game. That worked out well for us and the 51 Ferrari. We gained about 30 seconds on the other three cars when we pitted. Then we were looking to see where we were in the meat of the race when the sun came down. We weren’t too bad on pace, and I had a great fight with Michael (Christensen, No. 92 Porsche) for a few laps. It was a good run out there.”

(On the full season): “I think you can see that all of us at Corvette Racing have enjoyed it. It’s been good fun. It’s been frustrating at times but overall everyone is pleased with what we’ve done by coming in for the full season. We’ve won a race and been competitive at most events. We’ve got experience not just for Corvette Racing but also for all our partner teams at General Motors. Everything we’ve done and learned will help not only this teams but hopefully others in the future. It’s good to come here and see everything and bring people to these events and tracks with regulations we haven’t seen before.”

“We’re really proud of all the accomplishments by everyone on the Corvette Racing program this year in the World Endurance Championship. It was our first time in this series, and we knew it was going to be a learning season. To win at Monza, to lead as many laps as we did at Le Mans, and to finish second at Sebring and now here at Bahrain… I’d say we did pretty well! There is a lot we can and will take from this into the 2023 season. A huge thanks to everyone at Chevrolet, GM Performance, Pratt Miller and many, many more who supported us and made this possible. We’re already looking forward to Sebring next year!”