The Great Days > Automotive > Corvette Racing at CTMP: No. 3 Corvette Back on Podium
Automotive

Corvette Racing at CTMP: No. 3 Corvette Back on Podium 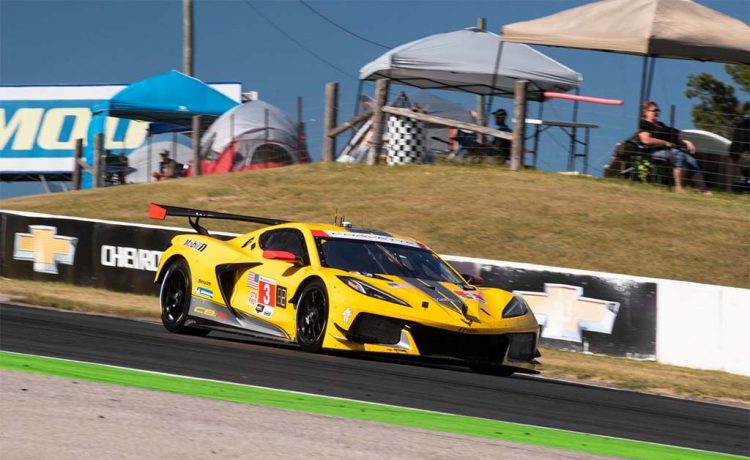 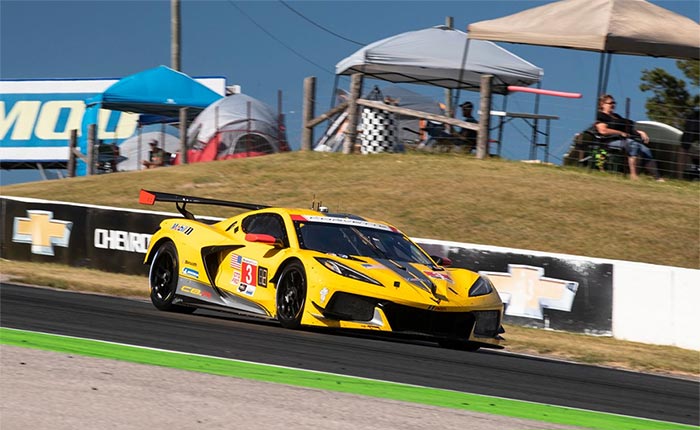 It’s the first podium for the Corvette duo since April’s race at Long Beach for the IMSA WeatherTech SportsCar Championship. The result boosted Garcia and Taylor back into second place in the GTD PRO Drivers Championship, with Chevrolet moving to second in the Manufacturers Championship with four races left in the season. 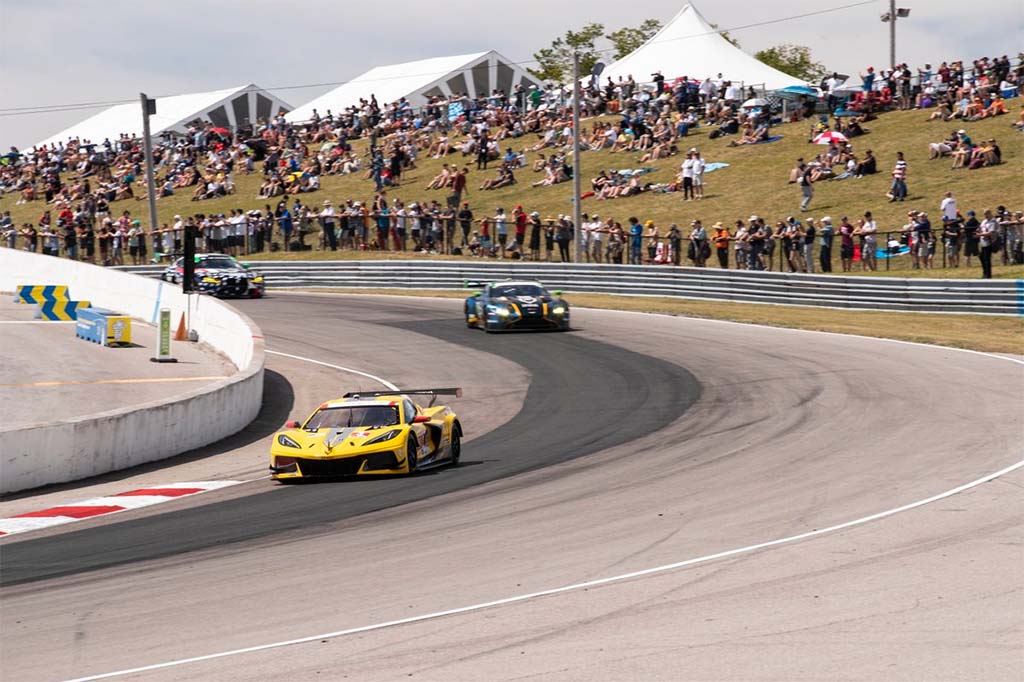 A couple of early-race caution periods Sunday forced Corvette Racing engineers to alter the team’s pre-race plan. Starting fourth, Taylor drove a double-stint and moved up a spot at the start when one of the front-row GTD cars went around at the first corner. The No. 3 Corvette was on the inside line and got through the incident unscathed.

For the next hour and 40 minutes, Taylor was part of a three-car train of GTD PRO leaders that rarely were separated by more than one second. Taylor expertly saved fuel and his Michelin tires while at the same time maximizing the performance of the C8.R to remain with the leaders.

His persistence paid off when he made a lunge on the far end of the circuit to take second with 75 minutes to go. The No. 3 Corvette stopped for the second time with 64 minutes left as Garcia took over with full fuel and four fresh Michelin tires.

Two more yellows interrupted Garcia’s charge, which hampered what Corvette Racing hoped was an advantage on long runs. But every time Garcia got close to the Porsche, it would pull away again to about a lead of one second to the end of the race. 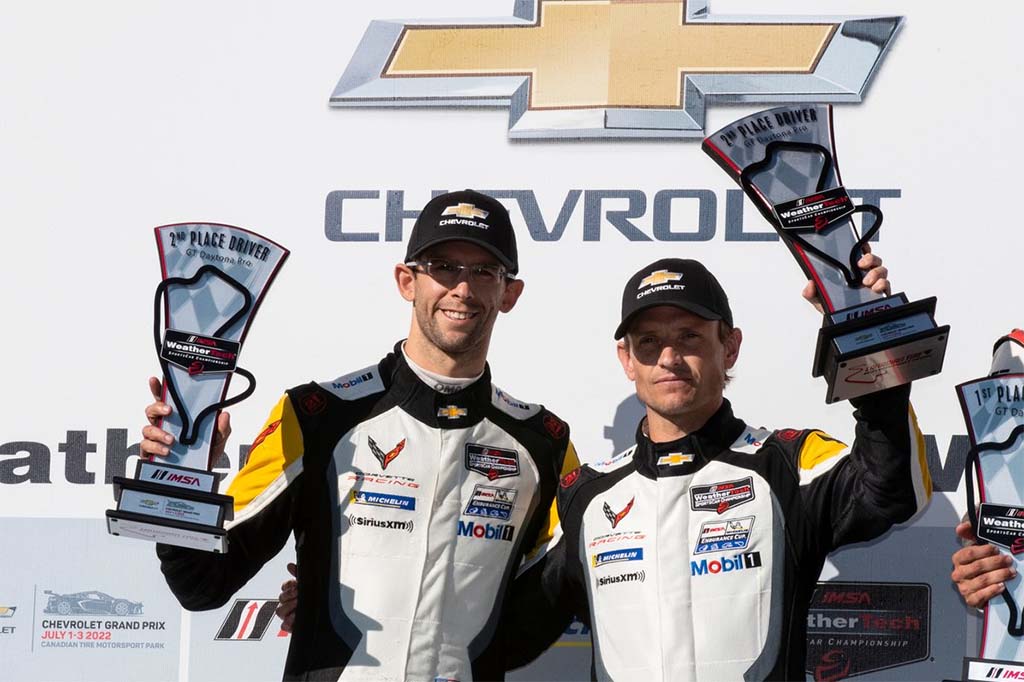 Corvette Racing’s next event in IMSA is the Northeast Grand Prix on July 15-16 from Lime Rock Park in Lakeville, Conn.

“We gave it our all. It was a perfect race for us. We finished second, and that’s all we had. We pushed the winning car, but it wasn’t enough. Next race, we’ll try to go a little faster and do something different. This is what it also takes to win championships. So we need to stay in contact, and I’m sure the wins will come.”

Dealing with traffic: “It wasn’t easy. With the prototype traffic being so much faster than us, it was difficult to really get a chance to get close to the Porsche. Whenever the prototypes would pass, they would go and there would be another one pretty soon. Maybe with more LMP3s there would have been more of a chance to do something different. With the DPis being so much faster than us – especially with their cornering – it wasn’t ideal to try to work traffic in your favor. Now that we are in the slowest category instead of GTLM, you don’t have those opportunities to use traffic. All the traffic you’re in is going by. It’s difficult to use that in your favor.”

The last 20 minutes: “I think it felt like the Porsche was showing what they had to show. Whenever we would stop saving fuel or tires, it felt like they had some in reserve. We thought that without those two yellows and a more consistent stint, maybe we would have had a chance. Up until the last yellow I was saving the tires, but on the last yellow we knew it would be a race to the end. We both went 100 percent. They just had more. Every second I lost in traffic, it took five or six laps to get that back. It was difficult but in general we did a perfect race. We started fifth and finished second, so we gained a lot today.”

“It was action-packed! The start was hectic. I got a bad start, actually, but there were some cars in front of me that saved my start. I thankfully was on the right line to cycle through up to third. Once we went to green and settled in, we were saving fuel. I could see the Aston Martin was struggling but it was going to be so hard to pass him without traffic. So I was saving as much as I could, and every time we go traffic I would try to stay close and make something happen. Once I got in clean air our car seemed to come alive a little bit. It had surprising pace, and I was quite happy with it. The Porsche was struggling a little bit toward the end of their stint. Hopefully it stays green. Tire degradation seems to be to our advantage so a long stint is what we are hoping for.”

Dealing with the traffic: “You just kind of hope and pray that they get the same bad luck every now and then. I think every P3 car that passed me was into Turn Eight; I had only one pass me into Turn One. I would see the other guys get held up every now and then. It comes and goes. We had a bunch of bad ones but we got some good ones, too.”

Overall thoughts:“It was a great day back at Canadian Tire Motorsport Park and at the Chevrolet Grand Prix. We maximized what we could today. It’s not great for the overall points, but considering where we started the day we can be pretty happy with where we ended up. We’ll move on to Lime Rock and hopefully be a little more competitive there and move up in the championship as well.” 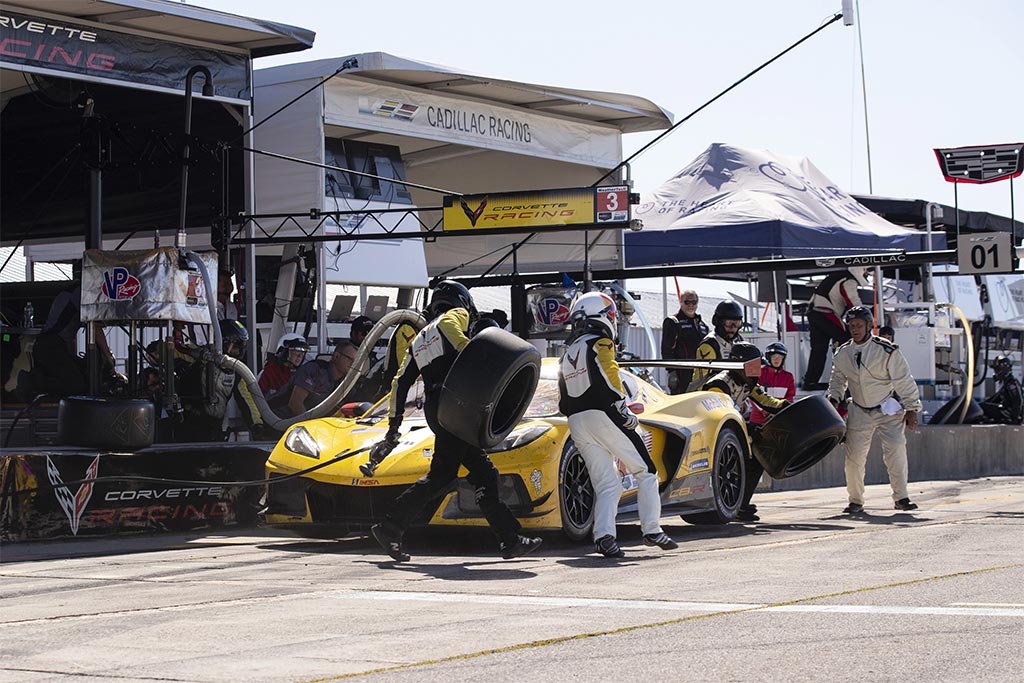 Corvette Racing at Watkins Glen: No Late Luck at All