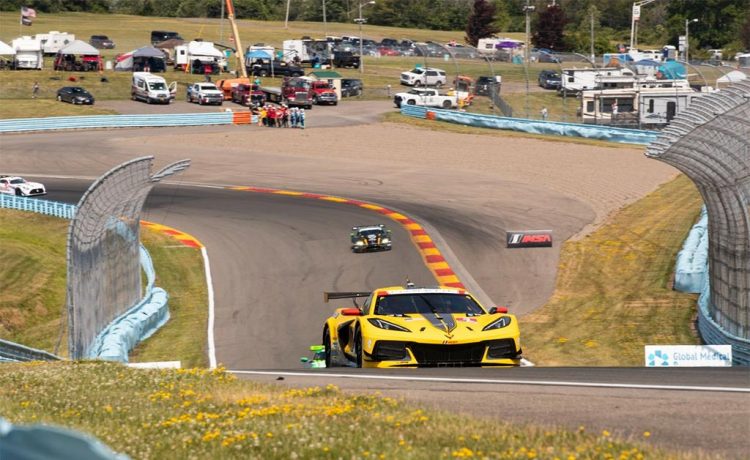 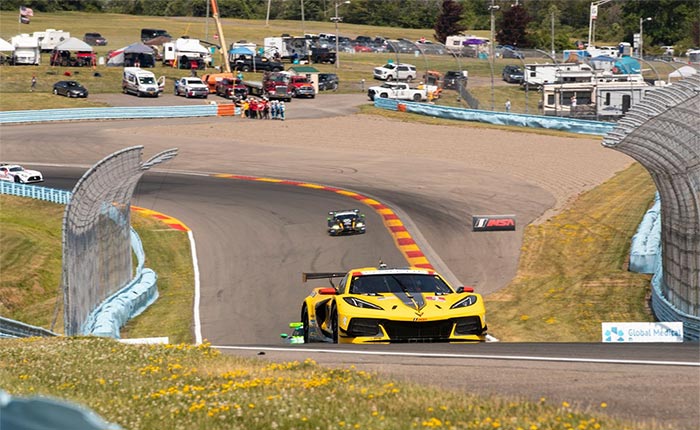 Team back at Canadian Tire Motorsport Park with C8.R for the first time

DETROIT (June 28, 2022) – For the first time since 2019, Corvette Racing and the rest of the IMSA WeatherTech SportsCar Championship is back at Canadian Tire Motorsport Park for Sunday’s Chevrolet Grand Prix.

Absent from the team’s calendar since the beginning of the COVID-19 pandemic, the 2.459-mile, 10-turn road course just outside of Toronto will see the mid-engine Chevrolet Corvette C8.R for the first time. It will be the fourth generation of Corvette to compete at CTMP since the Corvette Racing program first raced there in 2000 with the Corvette C5-R.

Since that time, the team has claimed 11 victories at the track – second-most among all venues behind only Sebring. Three of those came in Corvettes driven by Canadian and Corvette Racing legend Ron Fellows, who is co-owner of Canadian Tire Motorsport Park.

Antonio Garcia and Jordan Taylor are part of a six-car field in the GT Daytona (GTD) PRO category, which is part of a 14-car grid in the overall GTD category. The pairing will look to rebound from a disappointing race in the Sahlen’s Six Hours of The Glen two days ago. The No. 3 Mobil 1/SiriusXM Corvette C8.R finished sixth in the GTD PRO class and 11th among GTD category runners. 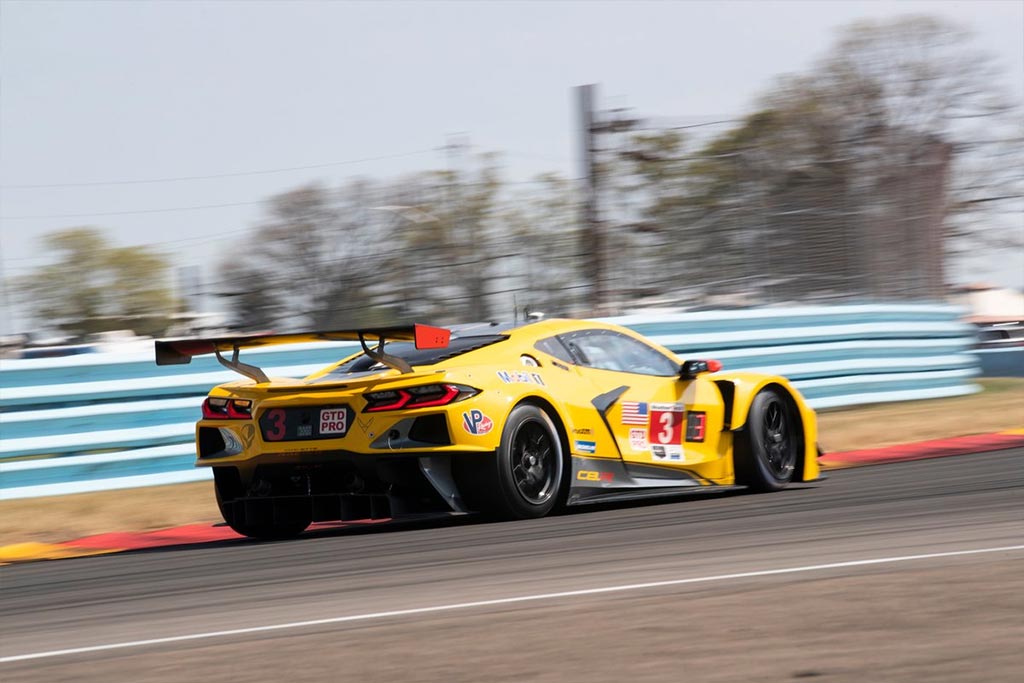 Both drivers have victories to their credit at CTMP in Corvette racecars. Garcia won the GT Le Mans (GTLM) category in 2014, driving a Corvette C7.R with Jan Magnussen. Taylor was victorious the following year in a Corvette Daytona Prototype for Wayne Taylor Racing.

Garcia also is a former pole-winner at Canadian Tire Motorsport Park (2016) and set the fastest GTLM race lap in 2015.

The Chevrolet Grand Prix at Canadian Tire Motorsport Park is scheduled for 3:05 p.m. ET on Sunday, July 3. The race will air live on NBC and stream live on Peacock inside the United States and IMSA.com outside the U.S. IMSA Radio will air on-track sessions beginning with Saturday morning’s practice at IMSA.com with the race call also on XM 207 and SiriusXM Online 992.

“I would have loved to go to Canadian Tire Motorsport Park and raced the C8.R in full GTLM spec. That would have been really good to feel and see how the C8.R was around that track. We knew the C7.R was so good, and I believe this car would have been even better. This is always a track I’ve always loved. It’s always tight racing, and traffic is intense. Strategy is important with such a short lap time because it’s very fast. You need to be on top of things, play it smart and be ready to react to everything around you. It can go either way. But CTMP always brings a really good show and good racing. We’re looking forward to getting back there. It’s a track where I’ve done many, many laps in the past. I don’t think things will be way different. Coming from The Glen, I think we’ll be ready to get right into things at CTMP.”

“Going to Canadian Tire Motorsport Park is something we’ve missed. Canada always has an amazing group of fans who are so passionate. The last time they saw Corvette Racing, it was with the C7.R. So they haven’t seen our new car, and we’re excited to show it off there. What we’ve seen so far with the C8.R is that it suits every type of racetrack. We saw last year at Watkins Glen how successful it was at a high-speed track, and that’s kind of what CTMP is. I think our car will suit the track well, and I know we bring an amazing amount of Corvette fans there. They’ll definitely love seeing it.”

Corvette Racing at Watkins Glen: No Late Luck at All