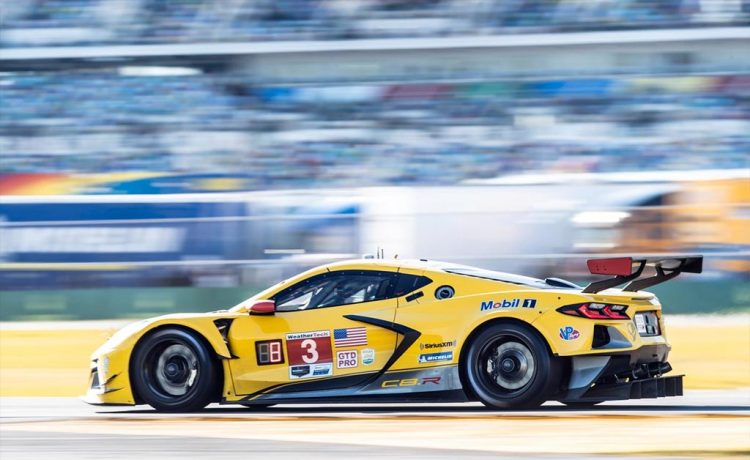 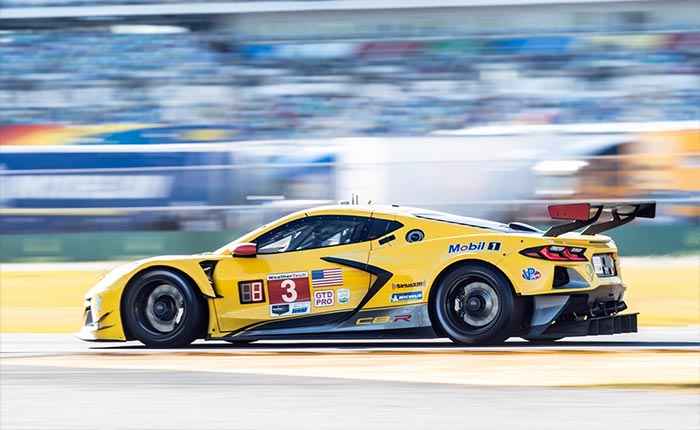 Corvette C8.R to feature in GTD PRO stateside, GTE Am in FIA WEC

DETROIT (Oct. 18, 2022) – In its 25th season of top-level endurance racing, Corvette Racing will continue its long-running commitment to the IMSA WeatherTech SportsCar Championship in 2023 as part of the GT Daytona (GTD) PRO class while taking on a new challenge by transitioning into GTE Am competition in the FIA World Endurance Championship.

For the second year in a row, Corvette Racing will enter one car in each of sports car racing’s most prestigious championships. The premier races in the world will be part of the schedule for the Mobil 1/SiriusXM Chevrolet Corvette C8.R including the Rolex 24 At Daytona, 24 Hours of Le Mans and the Mobil 1 Twelve Hours of Sebring, among others.

“We learned a great deal this year about running dual programs in both IMSA and the FIA WEC – all of which will benefit the Corvette brand going forward,” said Laura Wontrop Klauser, GM Sports Car Racing Program Manager. “In IMSA, we will return to GTD PRO against a very competitive group of manufacturers while laying the groundwork for the Corvette Z06 GT3.R. Similarly, Corvette Racing’s FIA WEC program allows us the opportunity to continue growing the global presence of Corvette in a world championship.” 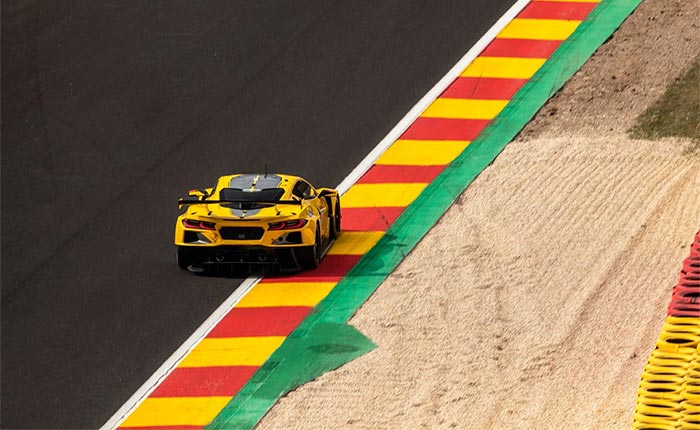 Corvette C8.R will again join the grid in the World Endurance Championship as a full-time entry, this time in GTE Am. The C8.R will be driven by Nicky Catsburg, who moves to full-time duty in a Corvette for the first time, and highly successful Bronze driver Ben Keating – widely considered one of the world’s best privateer drivers.

The sporting rules of the GTE Am category require at least one Bronze-level driver, as rated by the FIA. One professional-level driver is allowed along with a second Bronze or Silver-rated driver. Corvette Racing will confirm the final member of the WEC lineup at a later date.

The trio will contest the full seven-race WEC calendar including the 24 Hours of Le Mans in June. 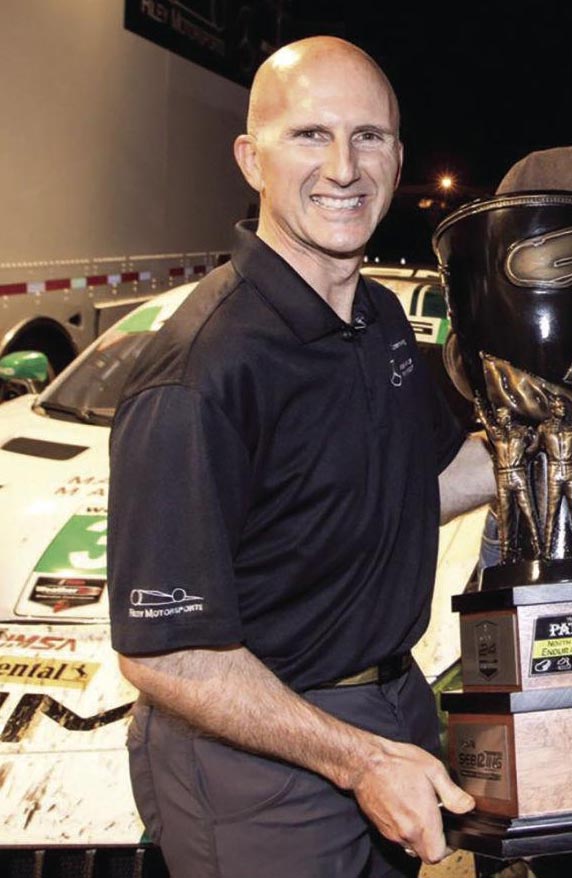 Keating is a past winner at Le Mans, Daytona, Sebring and many of the other premier races in WEC, IMSA and Intercontinental GT Challenge. The personable Texan began racing in 2006 and quickly established a reputation as one of sports car’s fastest and most reliable amateur drivers in both prototype and GT categories. He races with the support of Four Horsemen Racing and Wynns.

While Keating will race a Corvette for the first time, Catsburg has established himself as a fixture with the marque. Since joining the program in 2020, Catsburg recorded a victory at Daytona in 2021 and Sebring this year alongside Antonio Garcia and Jordan Taylor.

The 2023 campaign will be Catsburg’s first in the World Endurance Championship since 2019. He also has wins in long-distance races at the Nürburgring, Spa and Indianapolis Motor Speedway, among other venues.

With two championships in three years together, the aforementioned Garcia and Taylor will reunite for another run at the GTD PRO title in 2023.

Like this year’s effort, the familiar yellow Corvette will run in a modified state to fit the C8.R in the performance window of GT3 cars that make up both the GTD PRO and regular GTD entries in the WeatherTech Championship. The 2022 season was a learning experience for both Corvette Racing and IMSA as the two groups work together on balancing the C8.R and the rest of the GTD category from technical and competitive standpoints.

The victory at Sebring for Garcia, Taylor and Catsburg was the highlight of the 2022 season, which also included runner-up finishes at Canadian Tire Motorsport Park and VIR.

Garcia is a five-time IMSA champion dating back to 2013. He has made 136 starts with the program since joining as a long-distance driver in 2009. Among his career highlights include two Rolex 24 wins, two Le Mans wins and five victories at Sebring.

Taylor is a four-time IMSA champion with two coming in the GT Le Mans (GTLM) ranks with Garcia in 2020 and 2021. He joined Corvette Racing in 2012 as a long-distance third driver and won the 24 Hours of Le Mans in 2015. He moved to a full-time role in 2020 – the same season the C8.R made its competition debut.

Milner back to IMSA, focusing on GT3 development

Tommy Milner, currently contesting the full WEC for Corvette Racing, will take over the endurance driver role in the WeatherTech Championship for 2023. He will drive with Garcia and Taylor at Daytona, Sebring and the 1,000-mile Petit Le Mans.

Milner also will serve a key role as the primary testing and development driver for the Corvette Z06 GT3.R, which will be available to customer racing teams starting in 2024.

Milner made his 130th start with Corvette Racing at the most recent WEC round at Fuji and has been part of the program as a full-time driver since 2011. He is a two-time IMSA champion, claimed a pair of victories at Le Mans and scored his first WEC race victory – outside of Le Mans – in July at the Six Hours of Monza. 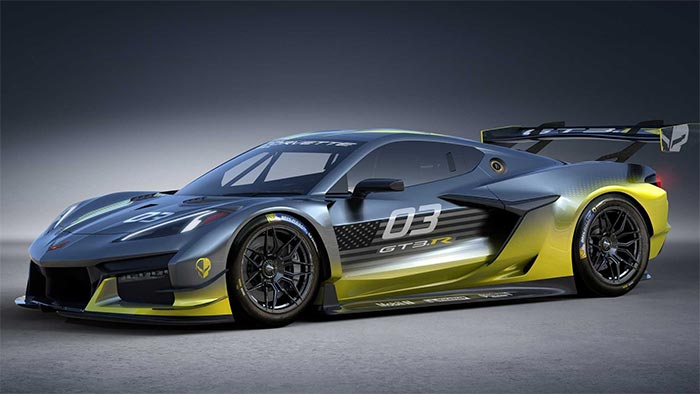 Chevrolet is in the midst of an extensive development program for the Z06 GT3.R using both on-track testing and the manufacturer’s Driver-in-the-Loop simulator. The latter has been the focus for more than a year as Corvette Racing continues to refine items such as chassis platform, traction control, ABS and other tools that are features of GT3 racing.

At the heart of the Z06 GT3.R is a 5.5-liter, DOHC LT6 V8 engine with the same flat-plane crankshaft architecture that powers the Corvette C8.R and the production Corvette Z06.

Corvette Racing’s 2023 IMSA campaign kicks off with the Rolex 24 At Daytona on January 28-30, while the FIA WEC season begins with the 1,000 Miles of Sebring on March 17.

“It’s been my goal from the get-go when I joined the team to be a full-time Corvette Racing driver. It’s super-cool to do races like Daytona, Sebring, Le Mans and Petit Le Mans. But I knew that I always wanted to do something full-time with the team. I’m super happy and proud that it’s happening and that I can call myself a full-time Corvette driver. It’s super-nice. It’s a dream come true and I can’t wait to get this going.”

“WEC is a cool program. You get to travel around the world and race at some of these great tracks. Ben is the best Bronze driver out there right now and consistently performs very well. I will miss GTE Pro because it was great fun being part of factory racing at Le Mans. But I’m excited to start working with Ben. I’ve been seeing him around for a number of years and he always does a fantastic job. I’m looking forward to this. This is a place that any driver wants to be.”

“I really love the format of the World Endurance Championship and GTE Am. I’ve really wanted to race a Corvette for a long time and have been chipping away at this to make this happen because I want to race what I sell. I’m in the unique position of enjoying cars as a vocation and a recreation. This is something I’ve been dreaming of for a long time. I’m incredibly excited for this opportunity.

“I know that Corvette Racing is really excited about the program and I am too. There’s just something special about the 100th anniversary of Le Mans, the last year of GTE-spec cars and something special with an American driver racing for an American team. I’m excited that when – not if! – we win a race that we will hear the U.S. National Anthem. I haven’t had that because I’ve driven for British and German teams. So this will be awesome. The Corvette fans are crazy and fanatical! Getting to represent a brand that I sell and be part of that community is something that’s important to me and I’m excited about it all the way through.

“My number one thing about teammates is that I’m doing this for recreation and for fun, so I really want to enjoy who I’m racing with. Having been teammates with Jeroen Bleekemolen for a number of years and both of them being Dutch, Nicky was kind of always around! So I’ve always felt a good connection with Nicky. Even though we’ve never been teammates, I’ve paid attention very closely to him. I remember him testing a Corvette for the first time at Le Mans, and I wasn’t surprised when he went out and set the fastest GT lap of anyone in the field on the Test Day! So he is fun to watch. He’s extremely quick and is someone who knows all the tracks in the WEC and is someone I get along with extremely well. I’m super excited to be teamed with him.”

“America has become a second home for me since I started with Corvette Racing in 2009. I enjoy the people, I enjoy the racing and I enjoy this Corvette. IMSA has a lot of great events and tracks – all of which I’m very familiar with now!

“I have to say that this season was very difficult and challenging, maybe more than previous years. Still I think we learned a lot as drivers and as a team about a new category that we can use to make us better in 2023. Hopefully Jordan and I can get back to winning races and being in the championship fight. It also will be an important year as we get closer to finishing testing and development of the Corvette Z06 GT3.R, which will be a big deal. I’m happy that Tommy will be part of that and with us for the big races in America. We were teammates in his first year at Corvette and we’ve raced against each other in previous versions of the Corvette since then. I’m glad to be able to race with him again.”

“It’s great to be back with Corvette Racing for its 25th year. I remember as a kid watching my dad race, and Corvette already had a strong reputation for being competitive and winning big races. So it means a lot to be able to continue on with Antonio, Tommy and the rest of the team in 2023.

“We definitely want to be back stronger at Daytona than how we left Petit Le Mans. We had some decent races – winning Sebring in a Corvette was unreal – but I think we all were frustrated with how things went as a whole. We have an opportunity to improve on some things that we can control, which is what this team is so good at doing. By the time we get back to Daytona in January for the Roar, I’m confident we’ll be in a position to succeed to a greater level than a year ago.”

“I’ve not driven a lot in my career with Jordan or Antonio. But when I have, we’ve had success. I’m always excited to drive with those two guys. They’re obviously great drivers and great teammates, and they have been for a long time. I’ve raced against them quite a bit in my time so it’ll be fun to be teammates with them for a change.

“The process of developing the Corvette Z06 GT3.R will be an interesting one. I did quite a bit of this with the C7.R and C8.R. It’s different from racing of course, but it can be a rewarding process in its own right. This year was fun because it was something totally different. Next year will be something different again, and that’s a good thing to do different things every now and then. It’s an honor to be a part of this racing team and program. Having been part of testing many of the previous Corvettes, we’ve seen how fast and competitive those cars are. I’m excited and looking forward to keeping that lineage going.”