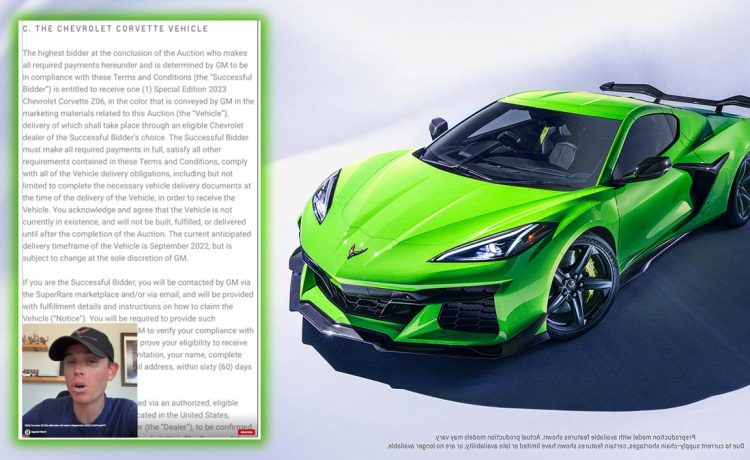 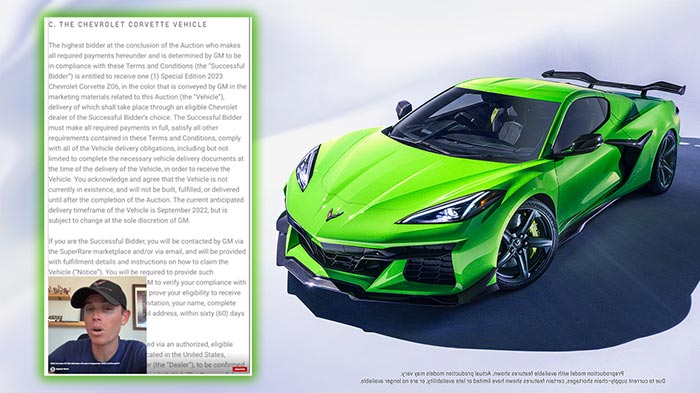 Erased…from existence! Or maybe not. The thing is…Corvette fans are always watching and are always digging deeper looking for that one clue and sure enough, YouTuber Supercar Ranch came up with one last week.

That clue has to do with when exactly enthusiasts will begin taking delivery of the new Corvette Z06s. Chevrolet has only stated “Summer Availability” and it has been near impossible to get any kind of update on this. So playing by their rules, Summer Availability would mean sometime before September 22nd, right?

SuperCar Ranch was reviewing the terms for the 2023 Corvette Z06 NFT auction that recently concluded (with 0 bids despite a 24-hour extension, we might add), the language specifically stated the following: “The current anticipated delivery timeframe of the Vehicle is September 2022, but is subject to change at the sole discretion of GM.” 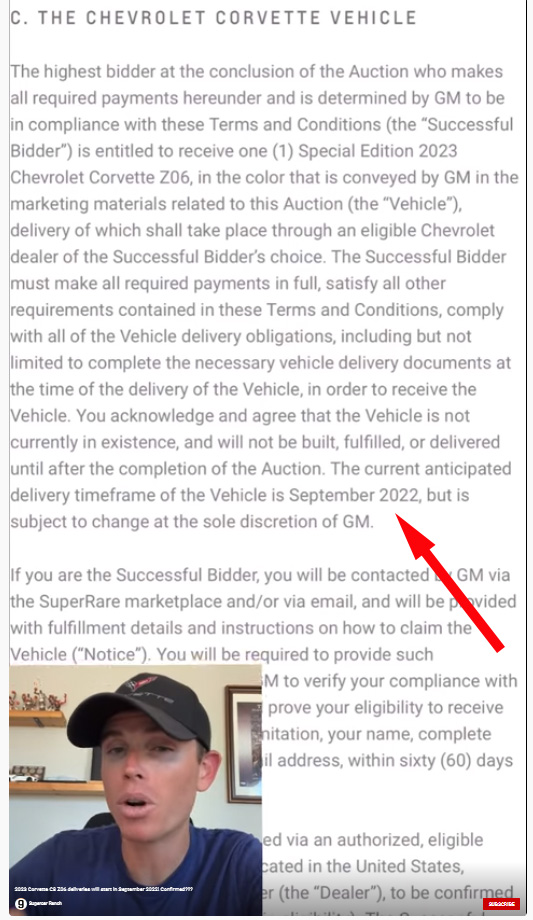 We’re guessing that GM has exercised their right to change the terms as that specific language has been disappeared and instead the following statement now ends with: “You acknowledge and agree that the vehicle is not currently in existence, and will not be built, fulfilled, or delivered until after the completion of the Auction.”

Does this mean that GM isn’t planning on delivering customer-ordered Z06 cars in September? Not necessarily. We do believe production will begin sometime in September (maybe the last week of August?) and then we are anticipating a number of Z06s held as part of their Quality Assurance program. How many cars that will include and how long that hold lasts isn’t currently known at this point, but we would think it would have to be a decent sample size before they are allowed off the premises.

We’re still under the assumption that we’ll see the Z06s starting in September, and GM is likely playing it safe with the legal language as lawyers are known to do. We’ve also seen that despite the best-laid plans, production schedules can go right out the window due to no fault of their own. Still, this is a good indication that production may be starting soon.