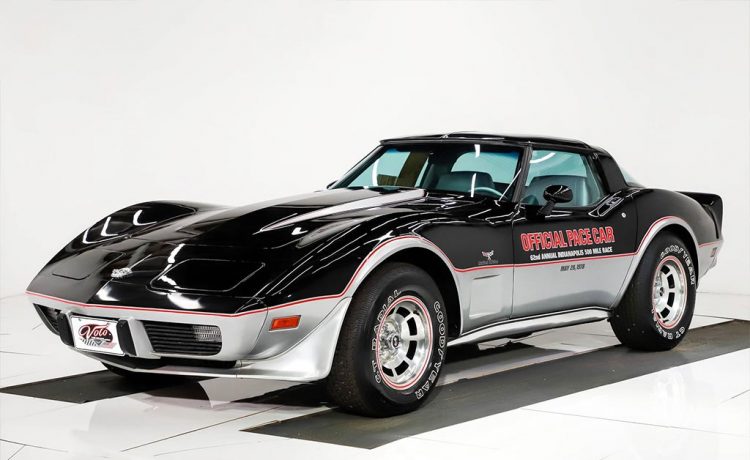 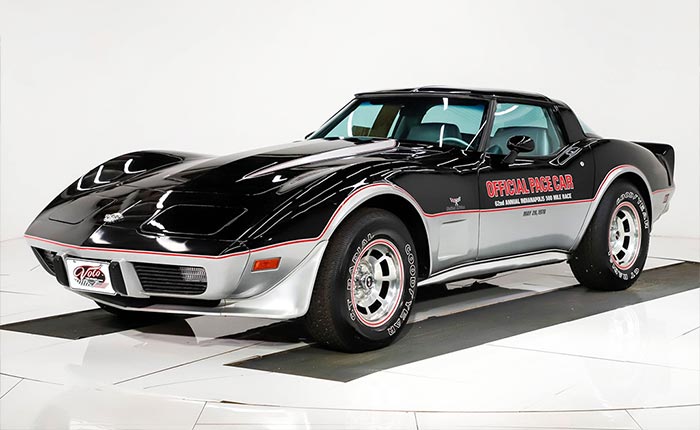 One of the first stories I wrote as a fledgling journalist was about the new 1978 Corvette Pace Car in the showroom at our local Chevrolet dealer.

Back then, as you’re likely aware, The Wall Street Journal had done an article about the Pace Car, and the price of these special Corvettes skyrocketed, with some people reportedly paying as much as $75,000 and putting them away as an investment.

Well, the hysteria eventually subsided, and the values plummeted back to earth over the years. 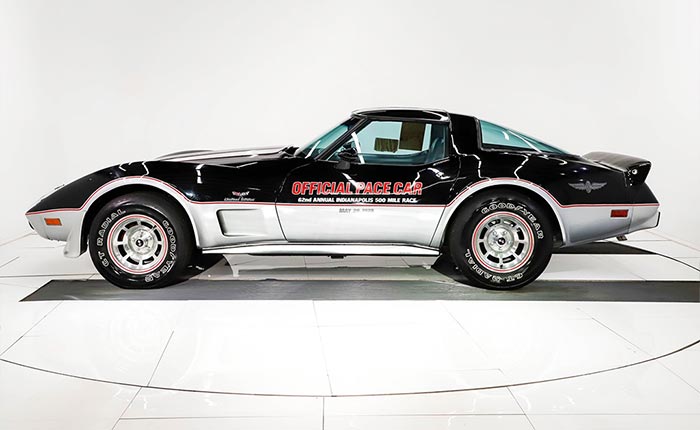 You can still find examples of these “brand new investment queens” on the market every now and then, however, and Volo Auto Museum out of Volo, Illinois currently is selling what it believes to be “one of the lowest mile” Pace Cars in existence today, with just 15.4 miles showing on the odometer and the now-yellowed window sticker still in place.

This car is about as original as you can get, but that also means it hasn’t been restored so there are a few imperfections that simply come with time, no matter how careful the two previous owners were over the years. 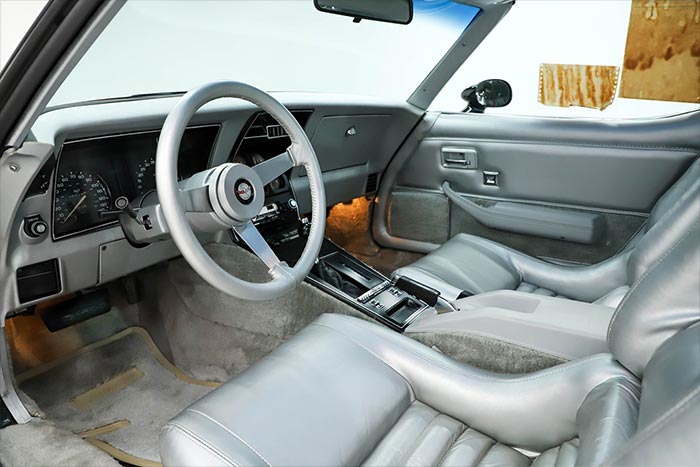 Chevy wasn’t noted for its paint quality at the St. Louis factory back in those days, and the black and silver paint job wasn’t perfect then, and this one isn’t perfect now. Still, there is no body damage at all, including the rubber bumpers that are prone to discoloration and disintegration, and the paint overall is said to show very well.

The silver interior of the Pace Cars, in this writer’s opinion, ranks as one of the most beautiful ever produced in any car, and this one is very nice, though there is a damaged area in the carpet in the rear compartment. 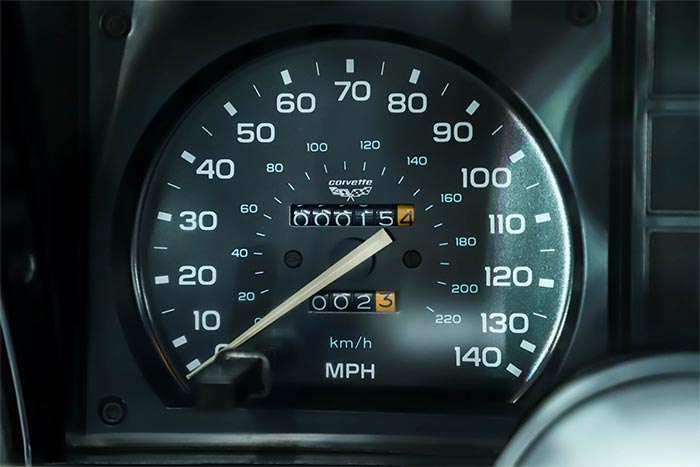 The engine compartment where a matching numbers 350 resides is well preserved, and the undercarriage is excellent and still has the assembly line markings. The original shocks, exhaust, suspension, and tires are still in place, too.

The car has never been judged, so it’s ready to earn Bloomington Survivor and other awards. “You would have some bragging rights with this one!” Volo’s Jay Grams says. 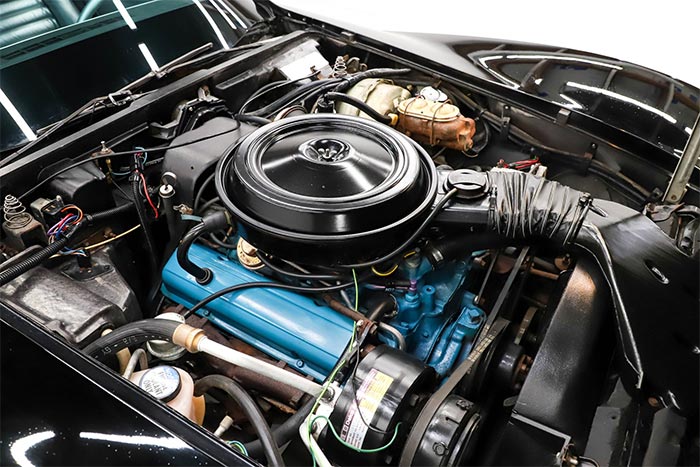 You can get a really good look at the car in a 10-minute video provided by Volo. A couple of years ago, I went through a phase of wanting to buy such a Corvette, but the examples I ran across were in much worse condition than this one, though they were about a third of the asking price of $66,998.

Still, with less than 16 miles on the odometer, and with lots of documentation that includes the original build sheet, inspection, registration receipt, warranty booklet, and glovebox pouch filled with manuals, we don’t think this car is overpriced.

At the same time, the new owner has to realize this is an investment car that can never be used on the road, or it will destroy its value.

Personally, I think I would rather buy a higher-mileage car that I could enjoy driving and maybe do a new paint job and fix any imperfections in the interior or under the hood. What are your thoughts?

Corvettes for Sale: One Family Owned 1962 Corvette Fuelie on Craigslist