The Great Days > Automotive > Corvettes for Sale: 1962 Corvette Barn Find on eBay at No Reserve
Automotive

Corvettes for Sale: 1962 Corvette Barn Find on eBay at No Reserve 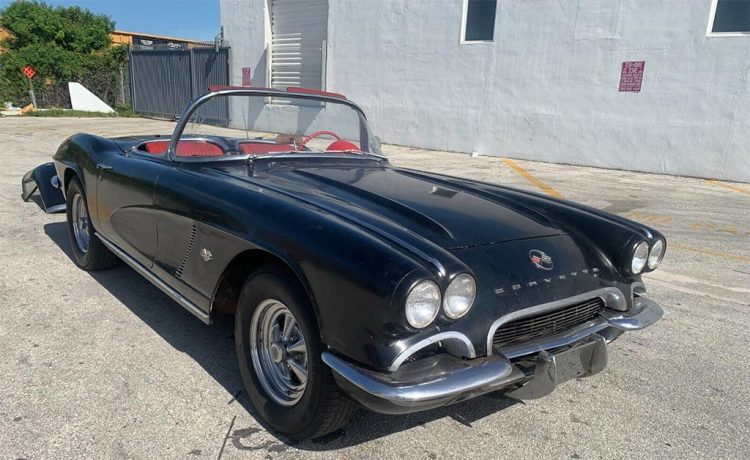 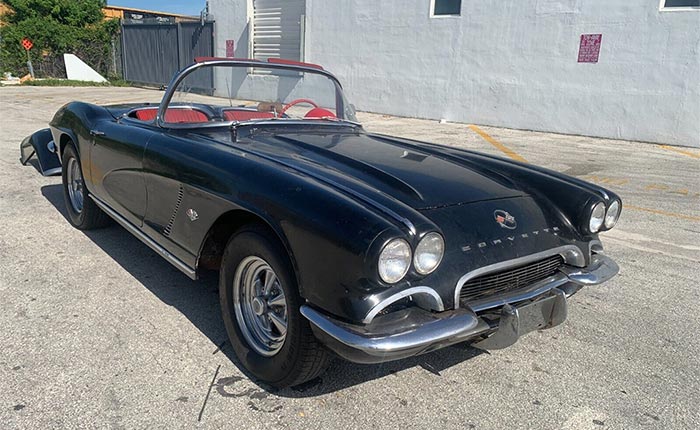 By Sunday night, this 1962 Corvette convertible will have a new owner.

It’s been a hot item on eBay so far, and for good reason – it’s being offered at no reserve and has an interesting back story. So far, with action slated to close in three days, 48 bids have been placed, climbing to $32,800.

We’re not sure if we understood the ad correctly, but it appears that this is a one-owner car that’s been sitting in a garage for “many, many” years after the widow apparently couldn’t bear to part with her husband’s pride and joy when he passed away. 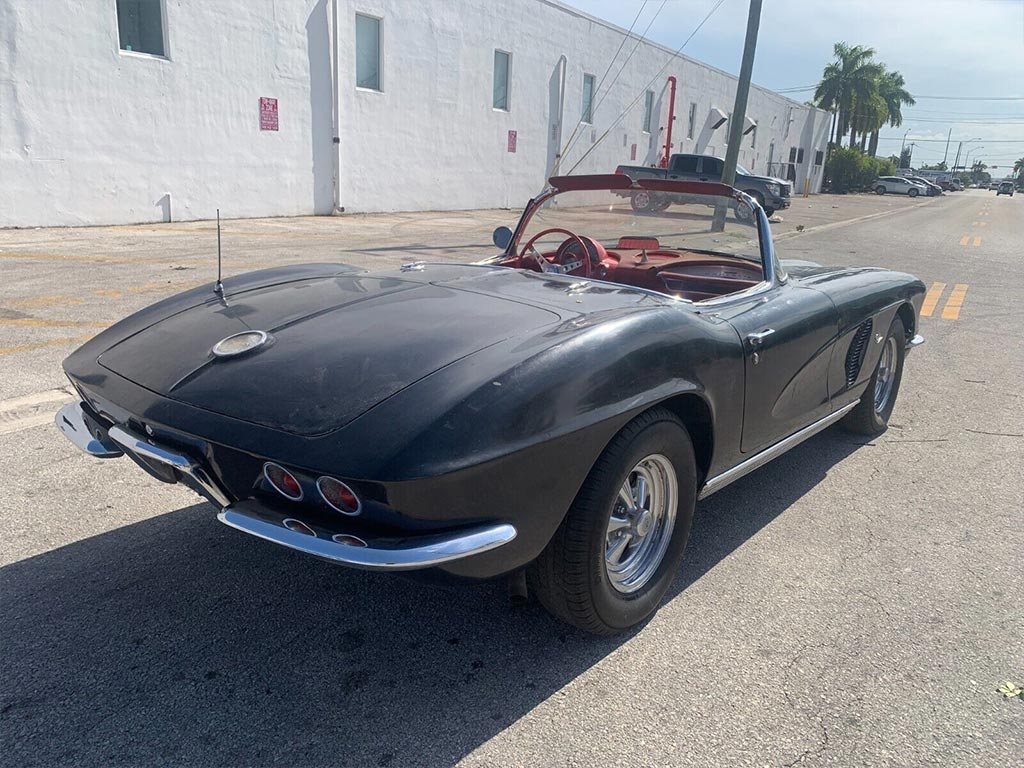 Naturally, the car isn’t in tip-top shape, but all the bones appear to be in place to turn this into a very nice Corvette. As the seller notes, it’s “a very nice car to restore.”

That job will be made easier by what’s residing under the hood – a numbers-matching 327 V8 engine hooked to a four-speed manual transmission, though we’re not told whether it’s the base 250 horsepower motor or the upgraded 300 horsepower that was a $55.80 option. 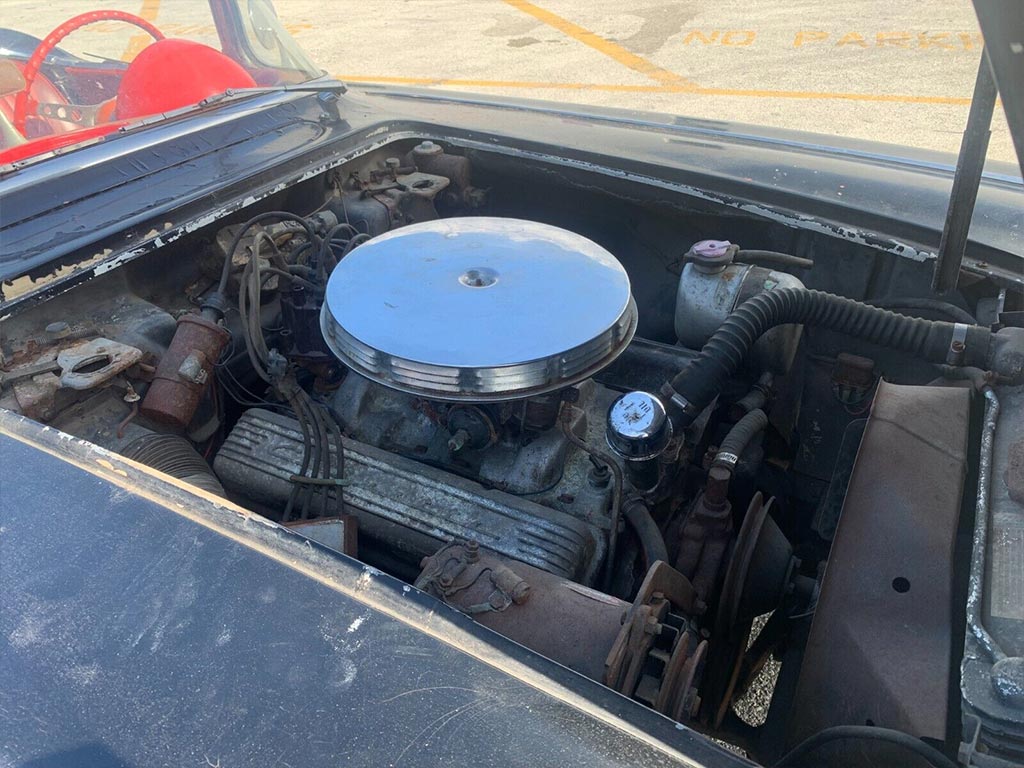 After so long a time sitting in the garage, it’s likely the engine and other mechanical parts like the brakes and hoses will need a little attention.

A new paint job will be in the works, too, as the current black paint is showing its age, though it appears the car could have originally been Ermine White leaving the St. Louis factory. Included with the sale is the factory hardtop, but the soft top will need to be replaced. 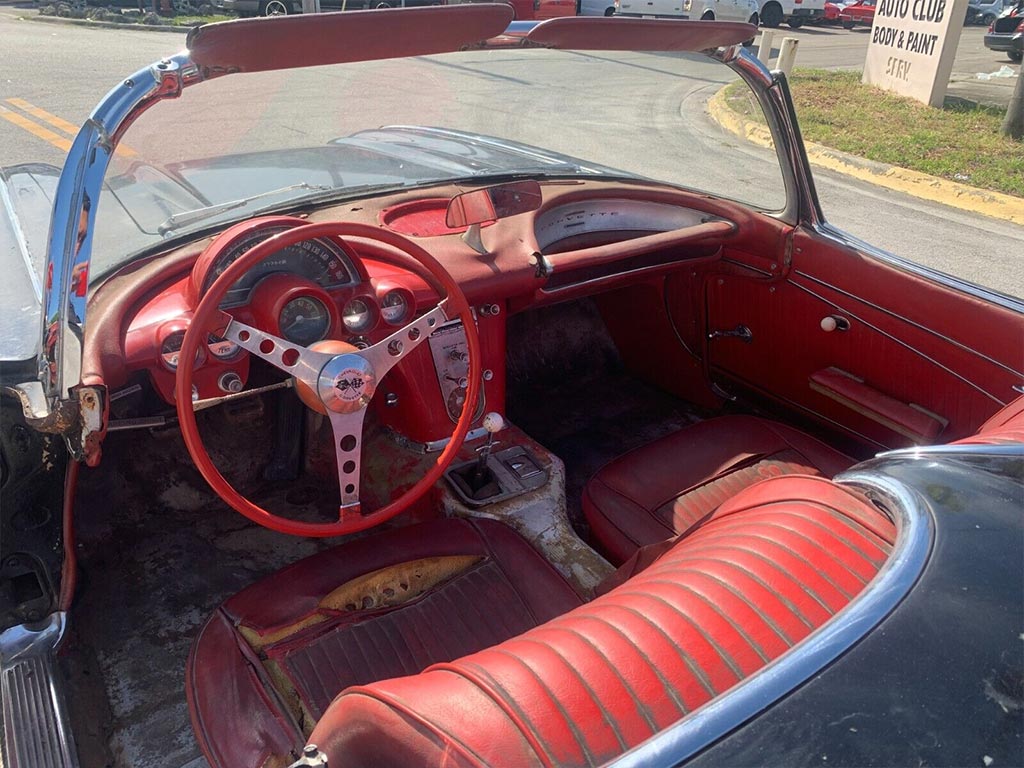 The interior, meanwhile, will also need a lot of effort, but all the parts look to be there. Spending some bucks on new seat covers, dash pad, and carpet, for starters, would do a world of good.

The car is located in Miami, Florida, but the sea air doesn’t seem to have affected it rust-wise as the seller points out that the frame is “solid.” 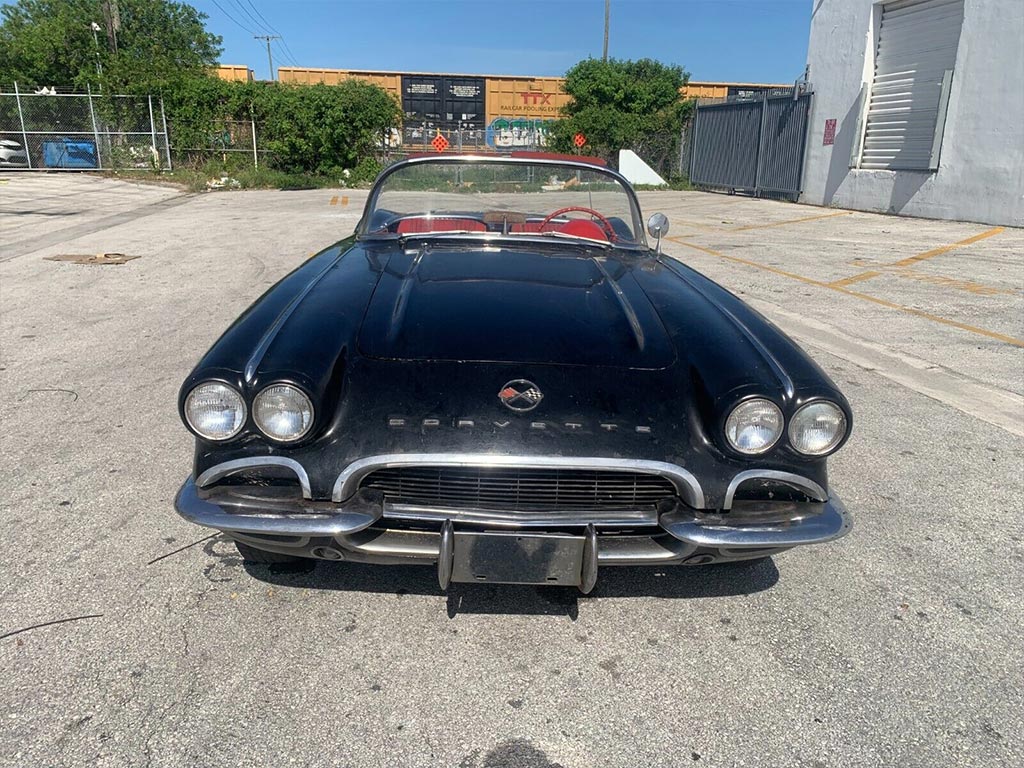 I’ve always wondered what people were thinking back in the day about the ’62s. Did they want to rush out and get the last of the solid-axle Corvettes because Chevy was about “to mess up” their favorite car with that new-fangled “Sting Ray” or were they thrilled about a new and improved generation of Corvette soon to debut? If you were around in those days, let us know what you thought.

Corvettes for Sale: High-Mileage 1999 Corvette FRC in Rare Arctic White on Craigslist for $12,900