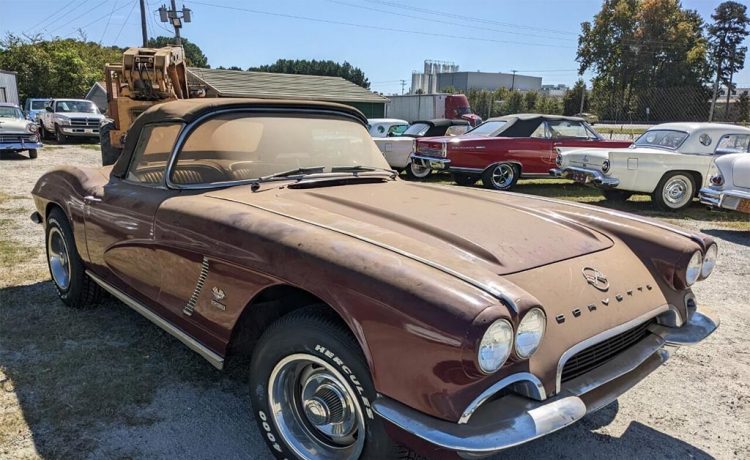 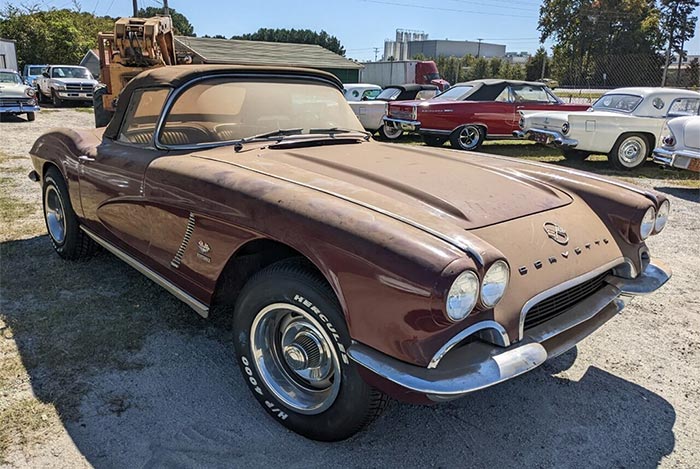 This 1962 Corvette convertible is believed to have been born with a fuel-injection 327/360 horsepower engine.

Unfortunately, the only visible remaining evidence of that is the fender emblems that say “Fuel Injection.”

Covered with a thick layer of dust inside and out, this forgotten “fuelie” has been stored in a barn apparently by a previous owner who bought the car in the ’70s. A South Carolina dealer is now offering this diamond in the rough for the “very realistic” price of $50,000 on eBay. 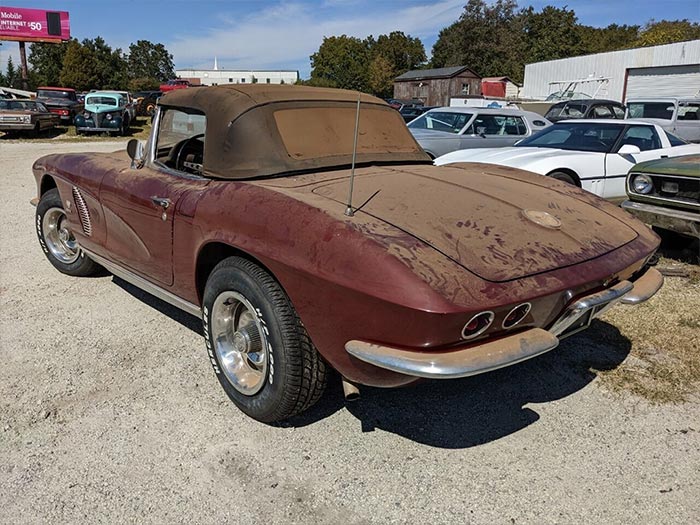 The first project for the new owner will be to clean the car from top to bottom, and based on the many photos included with the listing, there’s the reason for hope that it might just clean up rather nicely.

The seller describes the dusty black interior as “really nice” and the black top as “in great shape.” He says the front end has been replaced “way in the past,” and while it’s hard to tell for sure through all the dust, the rest of the body looks to be undamaged. 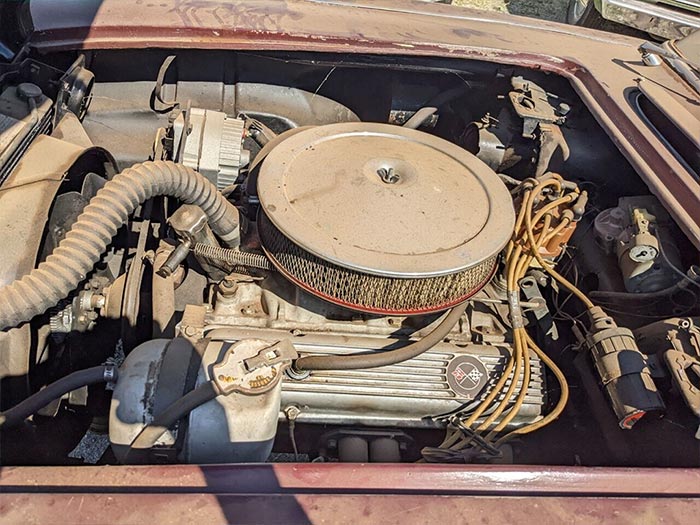 The big question about the car is its engine, which according to the seller has a casting number denoting it’s from 1968 – either a 350, 327, or 302. Obviously, it’s not the original fuel injection unit any longer, which is unfortunate since that would increase its desirability as only 1,918 fuelies were built in ’62 out of the 14,531 that left the St. Louis factory. We saw a red one on eBay today, for example, that does have the fuel-injected engine with an asking price of $89,500.

The mystery is that, with just 41,000 miles showing on the odometer, why the previous owner chose to swap out the engine so early – unless he blew up the original or just didn’t like the fuel injection or the odometer isn’t correct. 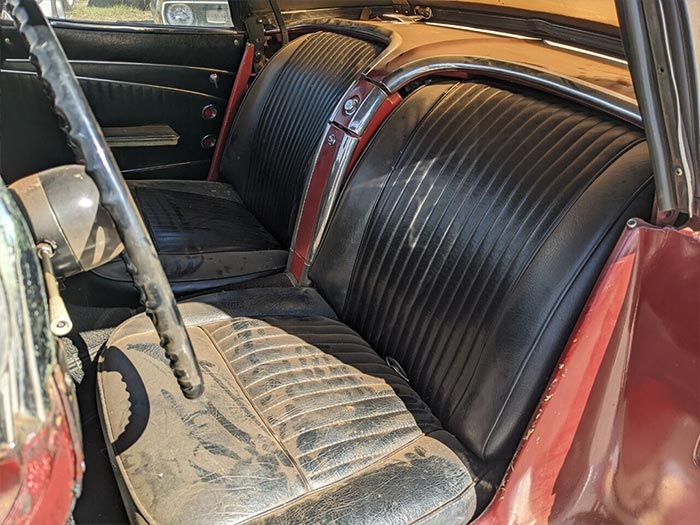 Regardless, the current engine is said to sound “GREAT!” now, so a non-purist might be satisfied as is. On another positive note, the car has sharp-looking Corvette rally wheels inside new tires.

How would you proceed with this forgotten ’62?


Bidding is Hot on These C8s and C3s at 427Stingray.com


Our Three Favorite October Corvettes For Sale from Corvette Mike