The Great Days > Automotive > Corvettes for Sale: 1964 Corvette with 383 Stroker on Bring a Trailer
Automotive 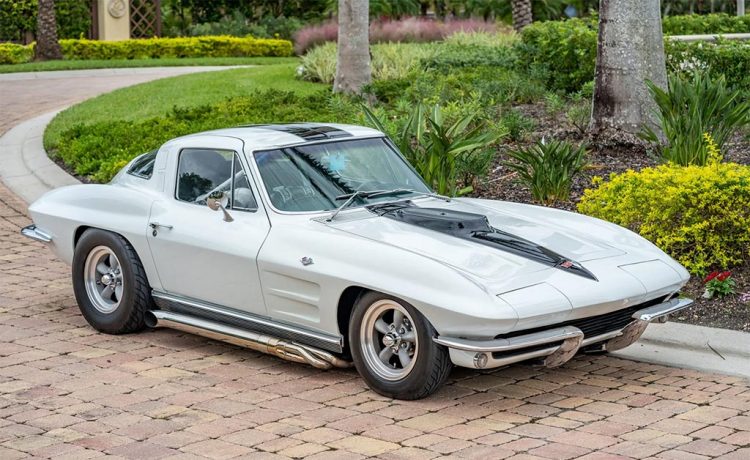 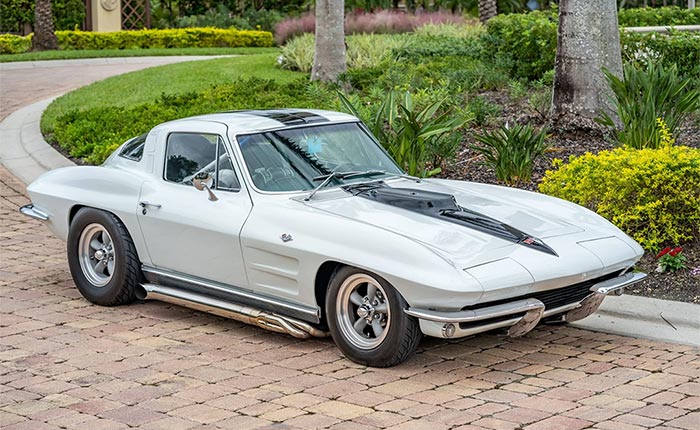 The fanboys like me have come out in support of this sporty 1964 Corvette Sting Ray coupe that’s been tastefully modernized over the past decade and is now being offered on Bring a Trailer.

“Don’t tease us … this car needs some videos!!!” one post says, echoing the same thing I was thinking as I scrolled through the delicious photos of this car. 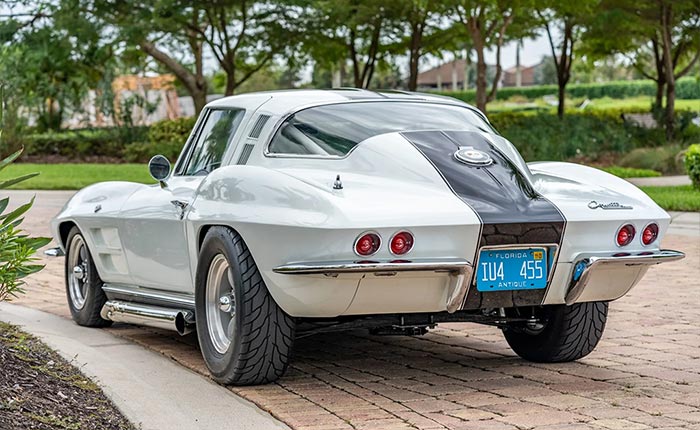 The purists out there probably think this car is sacrilegious, but it reminds me of the custom Corvettes that I drooled over in Hot Rod magazine growing up in the early ‘70s.

We never really cared for the “old man” wheels and whitewall tires that came standard on these cars from the St. Louis factory, so we’re really digging the 15-inch American Racing mags with Mickey Thompson Sportsman S/R tires measuring 26×6″ up front and 28×10″ in the rear. That tread pattern looks so-o-o-o good! Likewise, we also love the new white paint with a front-to-rear black stripe. 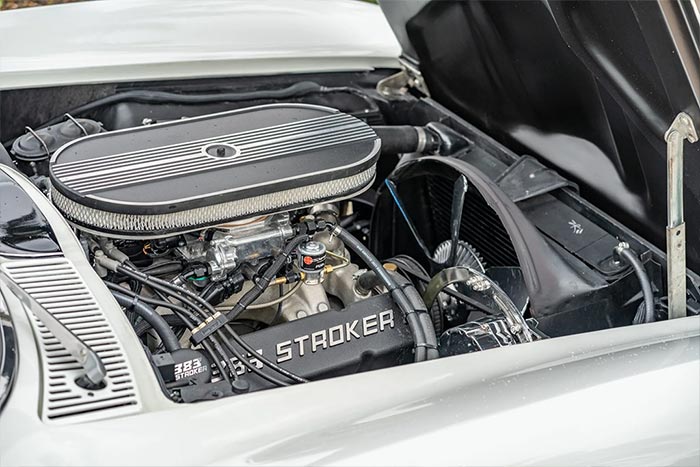 And how about that ’67-style stinger hood that even features a cutout to show off the 383 stroker V8 engine and Tremec five-speed manual transmission, both installed nine years ago along with an Edelbrock intake manifold, electronic ignition, MSD spark plug wires, Doug’s headers, Holley Sniper EFI and nitrous systems, and a black-finished air cleaner assembly, valve covers, and oil breathers. 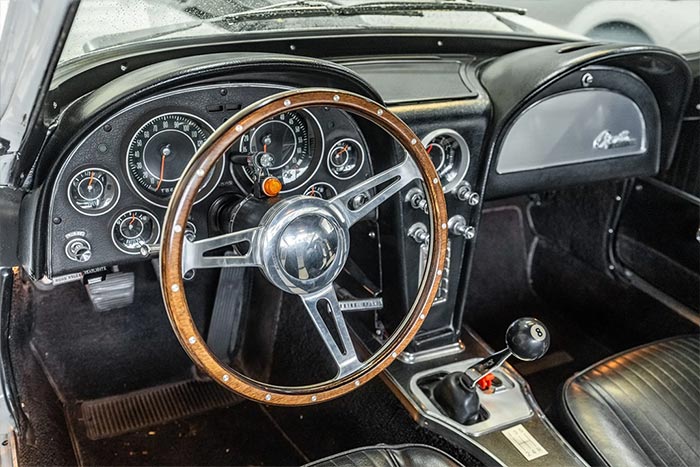 The seller bought the car in 2021 and has since installed a roll bar, racing harnesses, and fuel injection and nitrous systems.

So far, with six days left in the auction, the high bid has climbed to $41,000. Would you like to see this in your driveway? Or better yet on the track at the National Corvette Museum Motorsports Park! 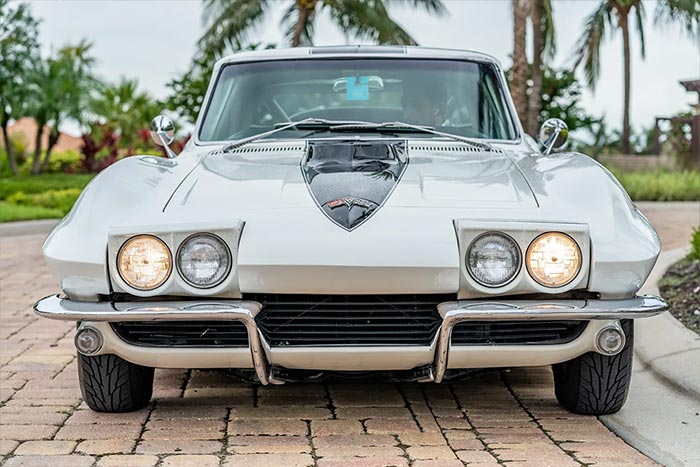 Corvettes for Sale: This 1958 Corvette Has Had Same Owner for Past 48 Years

These Three 1965 Corvette Sting Rays Are Getting All the Attention at 427Stingray.com