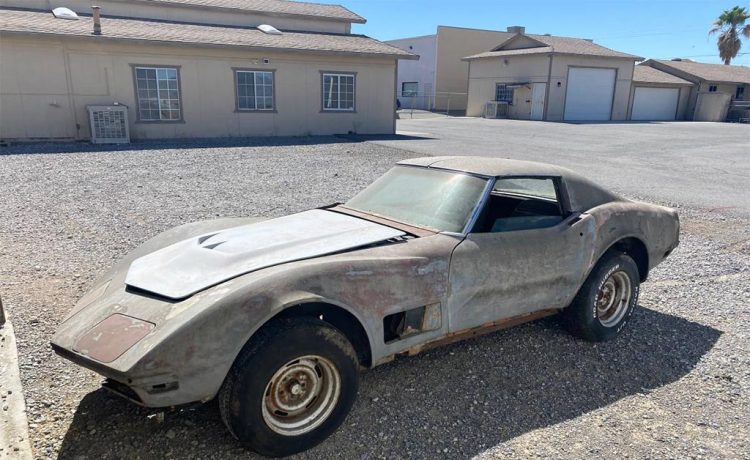 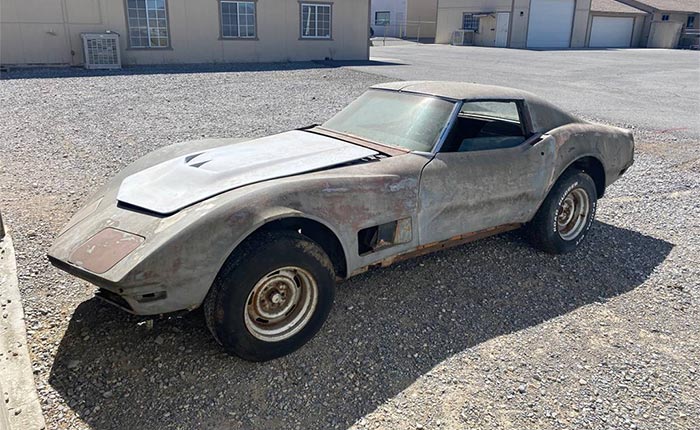 Will you roll the dice on this 1972 Corvette Stingray coupe that needs a complete restoration?

It’s likely someone will be willing to take up that challenge since the asking price for this Las Vegas-based Corvette being offered on Craigslist is only a dollar shy of $5,000.

Starting a project car with a small initial investment is always preferable, even when the seller himself candidly admits it’s “a big project that needs just about everything.” 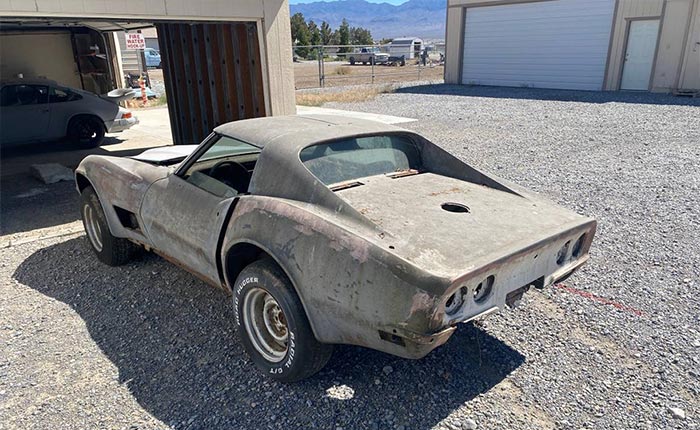 Making this big project more palatable is the fact that it maintains the original LS5 454/270 horsepower engine block under the hood, and that’s noteworthy because only 3,913 Corvettes were so equipped in 1972 when the LS5 was a $294 option. The engine is said to have been rebuilt before the seller bought the car himself, but he admits not knowing for sure if the job was done properly. While the numbers-matching block is present, the aluminum heads, intake, carburetor, air cleaner and transmission shown in the listing are not included in the sale. 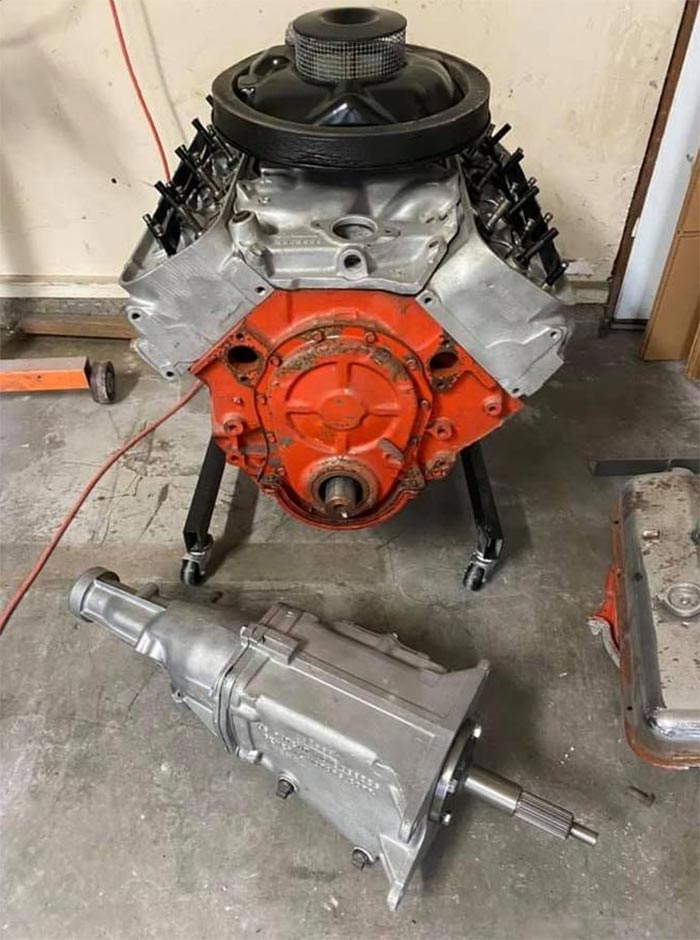 Originally Ontario Orange, the car now is a primered blank slate that could be painted to the heart’s desire of the new owner. The body appears to be in decent enough shape, but the listing acknowledges there is some rust on the birdcage and frame that would need to be addressed.

The original tan interior is showing its age a half century after leaving the St. Louis factory, but at least it does still have the seats and console in place. Missing are the door panels, however, and the carpet will need to be replaced, too. 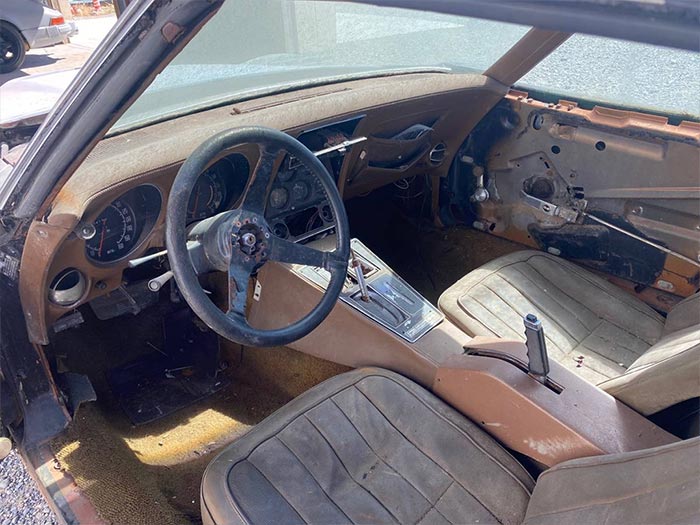 For the right someone, though, this Stingray has the potential to be a good deal. What would your strategy for this early C3 be?