Corvettes for Sale: Budget-Priced 1973 Corvette for Sale on Craigslist 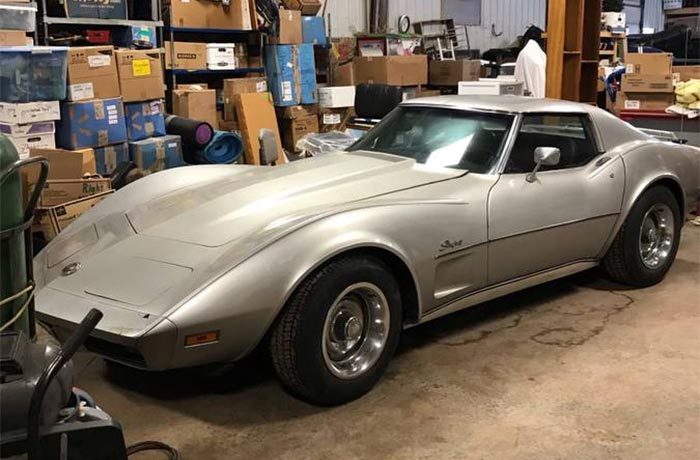 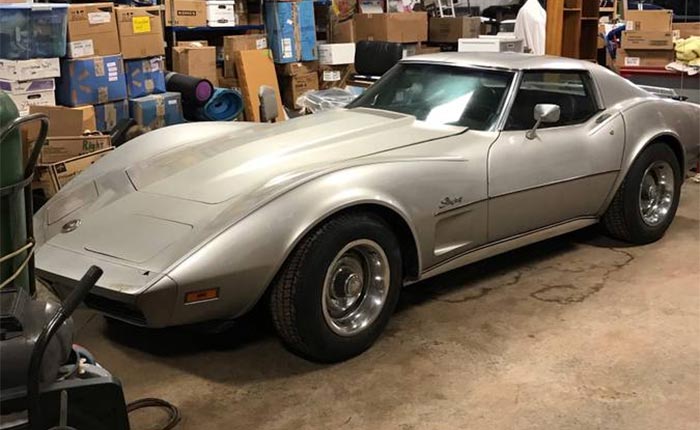 This silver 1973 Corvette Stingray T-top coupe offers a way for a budding enthusiast to join the family on a budget.

Apparently, the owner has passed away, and now this Corvette – which features a urethane bumper on the front for the first time while retaining the chrome bumper on the rear – is being sold on Craigslist out of the Valparaiso, Indiana area, with an asking price of $8,900. 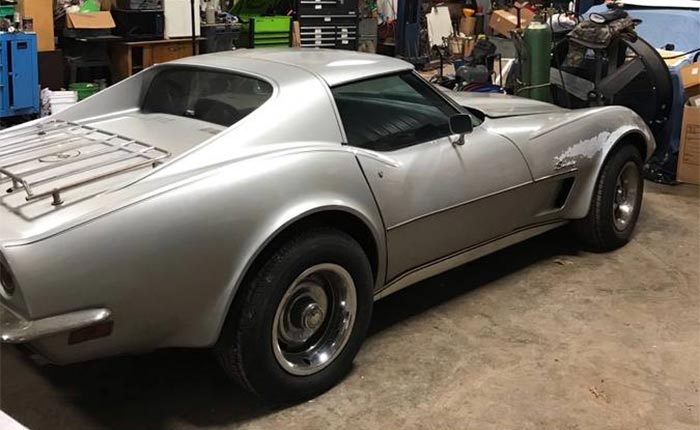 Not many details are provided in the listing, but we are told the car is in “very original condition” and has a 350 engine that “turns over but doesn’t start” because the seller hasn’t had time to have a mechanic check it out. We also noticed it has an automatic transmission, though its condition is a mystery at this point.

A preliminary check of the car via a few photos with the listing indicates a new front nose cone will be required since there are some cracks on the driver’s side after a minor accident. It might be a good time to replace the stock urethane bumper with an aftermarket fiberglass unit that is easier to match up when painting. We also like that chrome luggage rack on the rear. 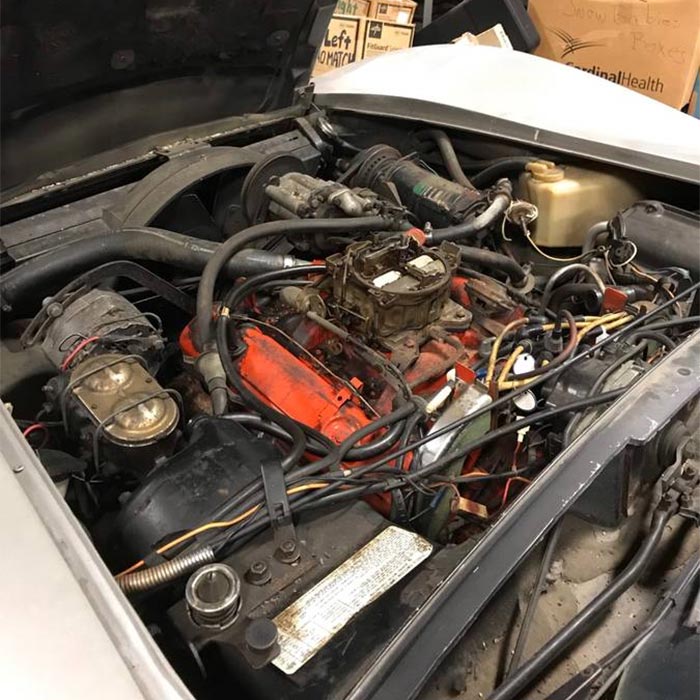 Besides the nose, the car also has some major wearing of the paint on the passenger front fender that will require attention, unless you just always drive the car and don’t ever walk over to that side!

That 350 engine looks tired, but maybe it just needs some minor work to get it going again. A trip to see a mechanic should answer that question. 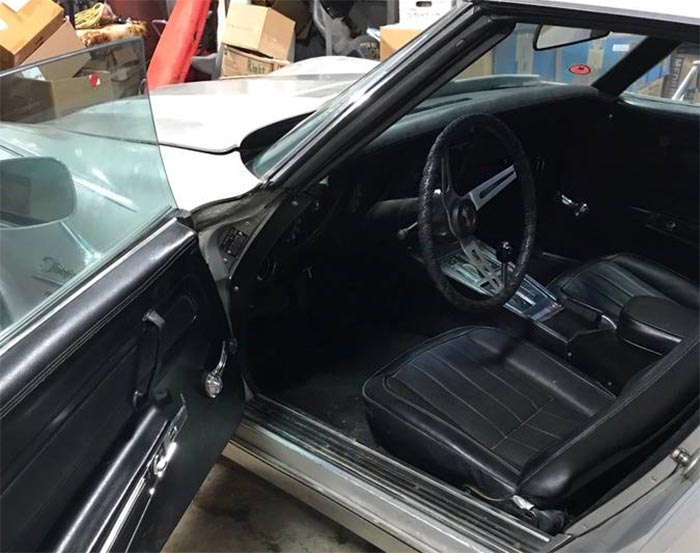 Meanwhile, the lone photo of the interior doesn’t reveal much, but the black seats and door panels do appear to be in decent shape, especially at this price point. A second inspection of the photo did reveal four minor cracks in the armrest on the driver’s side, so that panel could probably use replacing.

This Corvette is never going to be worth a fortune, even restored, but it can still provide lots of fun for an owner who’s looking to keep his wallet as full as possible. What do you think?

Corvettes for Sale: 1969 Corvette 427 Unpacked from a Shipping Container