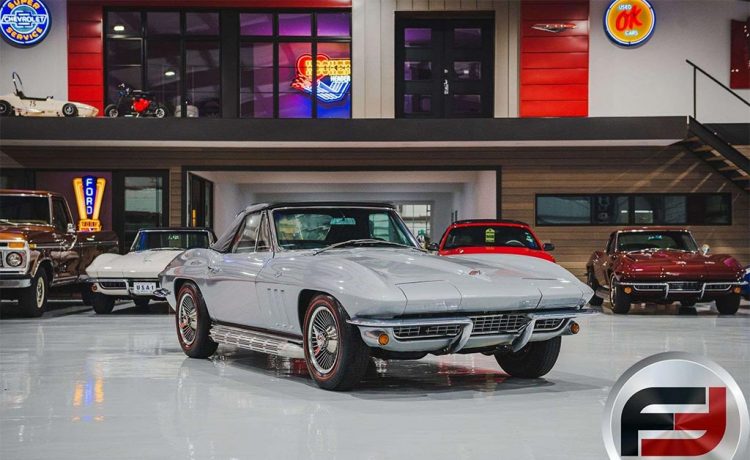 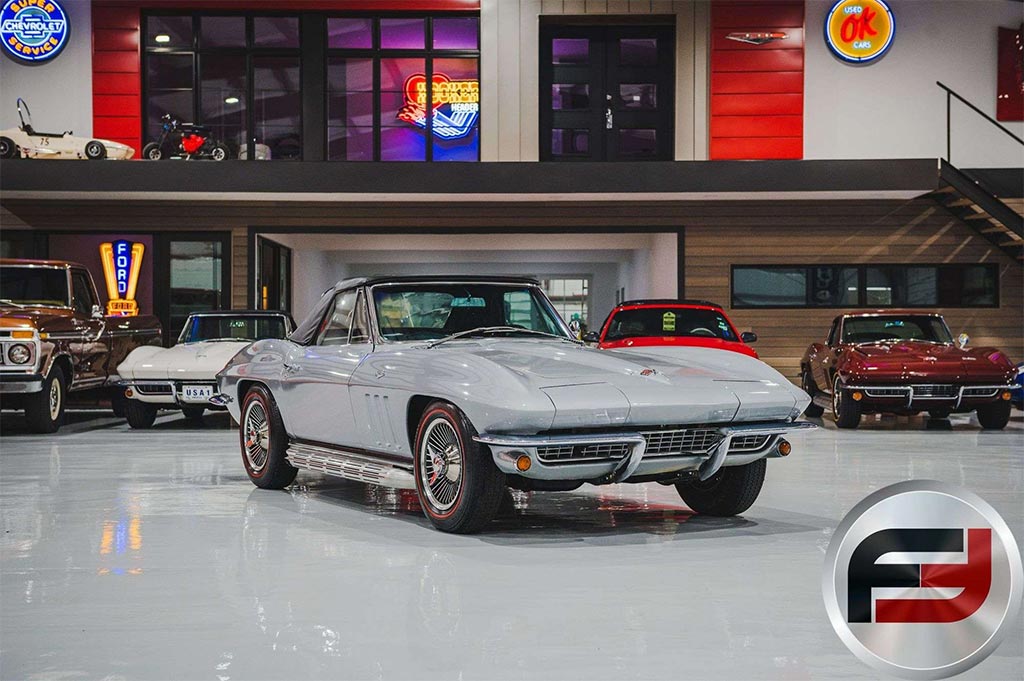 We’re back with another look at some of the Corvettes being offered at Freije and Freije’s Brian Wedding Sale. Last week we spotlighted two very nice and very red straight axle cars and this week we move on to Corvette’s second and third generations.

The 2nd annual Brian Wedding Collection auction runs June 24th and June 25th at Freije and Freije’s facility at 3801 N Burkhardt Road in Evansville, Indiana. As we write this, 22 consigned Corvettes are slated to cross the auction block in search of a new home.

Perusing the Corvette docket, we see 7 of the 8 generations represented. Around here, the second and third-generation Corvettes are probably our favorites so today we proudly present a 1965 convertible and a 1972 coupe for your perusal. We’d gladly hop behind the wheel of either one of these great-looking Corvettes. 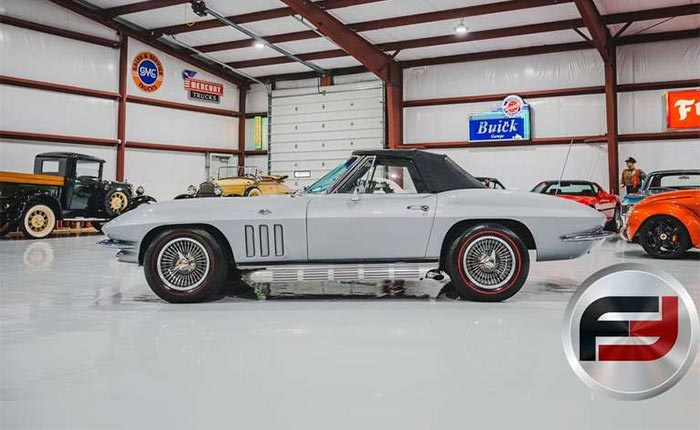 The 1965 Corvette was the third model year for the new C2 Corvette. With production settling in, it was time for some enhancements. The most notable of which was standard disc brakes on all corners. We also saw the first big block engine in Corvette in the form of the legendary L78 396 cubic inch rat motor that pumped out 425 horsepower. Styling changes were modest with revised door panels, tweaks to the radio area of the dash, and a new shade of gray on the knock-off wheels. 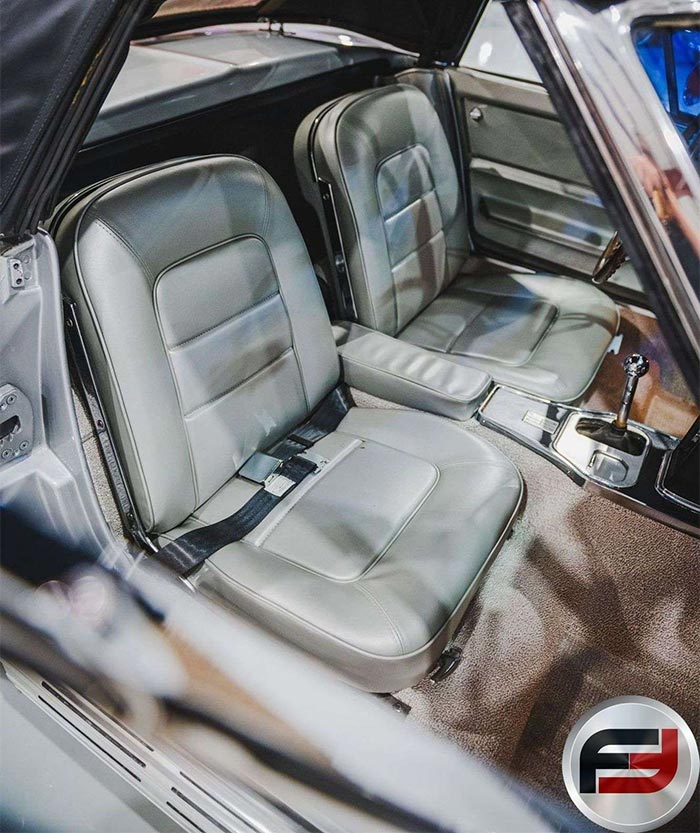 The 1965 Corvette Convertible rolling into the Brian Wedding sale is finished in Silver Pearl over a silver interior. It’s one of 15,376 convertibles built that year. Power comes from a 327ci engine that’s backed by a 4-speed manual transmission. Other features include a black soft top, side exhaust, and a teak steering wheel. Redline tires wrap knock-off wheels and the odometer shows just over 94,000 miles. 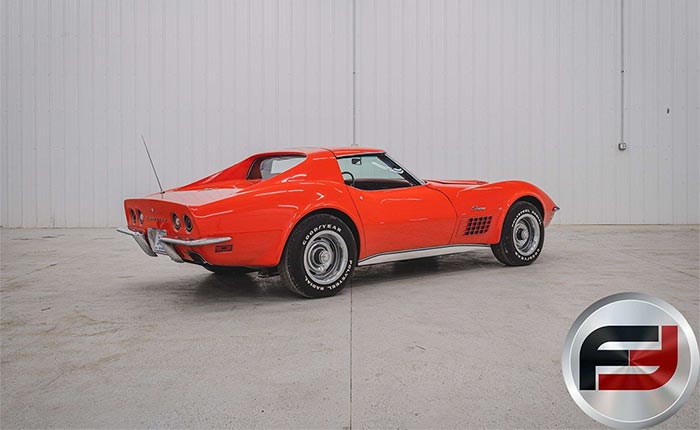 1972 was a transitional year for the 3rd generation Corvette. It would mark the last year for front and rear chrome bumpers and it was the first year for SAE Net horsepower ratings. With those new ratings, the top dog LS5 engine was now rated at 270 ponies, down from 365 one year prior. The anti-theft alarm became standard equipment and the fiber optic light monitoring system was history. 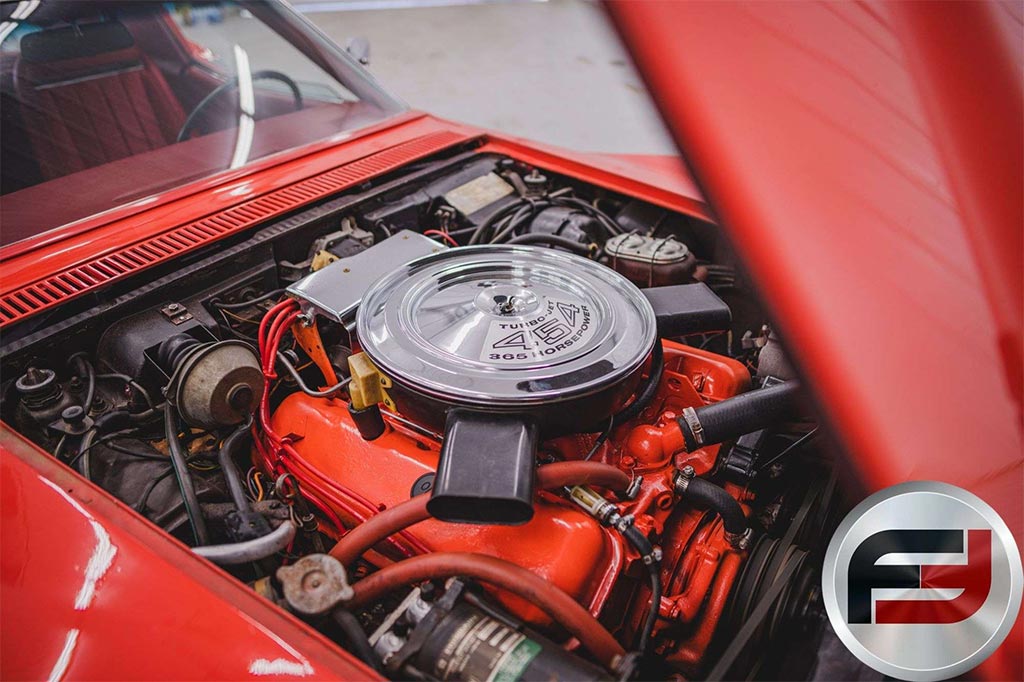 
Freije and Freije Auctions will present their 2nd annual Brian Wedding Collection sale this weekend in Evansville, Indiana. The two-day event will run June 24th and June 25th. Bidding opens soon so get those bids in as soon as you can so you can put one or both of these Corvettes in your garage.

For more information on these two great Corvettes or any of the others available at the Brian Wedding Collection sale head on over to www.freijeauctioneers.com.