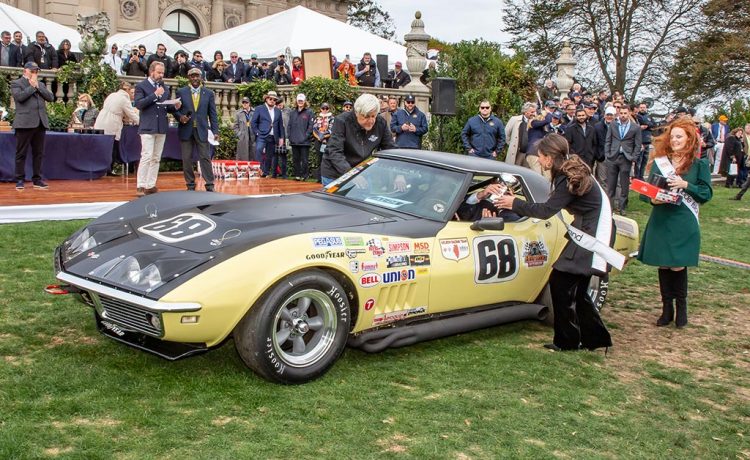 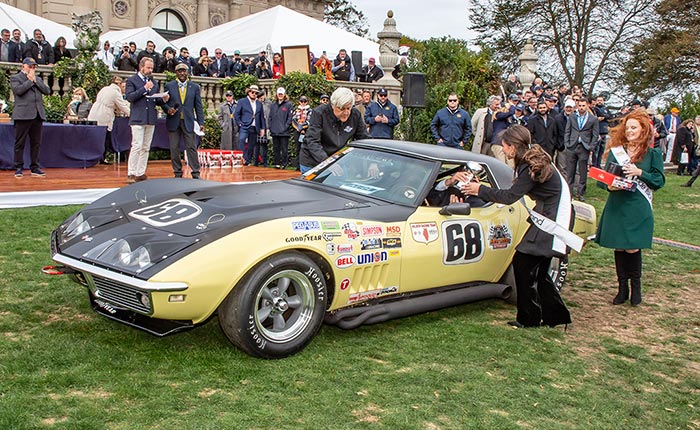 Two vintage Corvettes were among the winners at the 2022 Audrain Newport Concours & Motor Week held over the weekend in Newport, Rhode Island.

Meanwhile, Michael Schudroff won the “Design Award” for his 1963 Corvette Rondine Coupe, originally prepared for the 1963 Paris Motor Show by Pininfarina with a steel body instead of fiberglass. 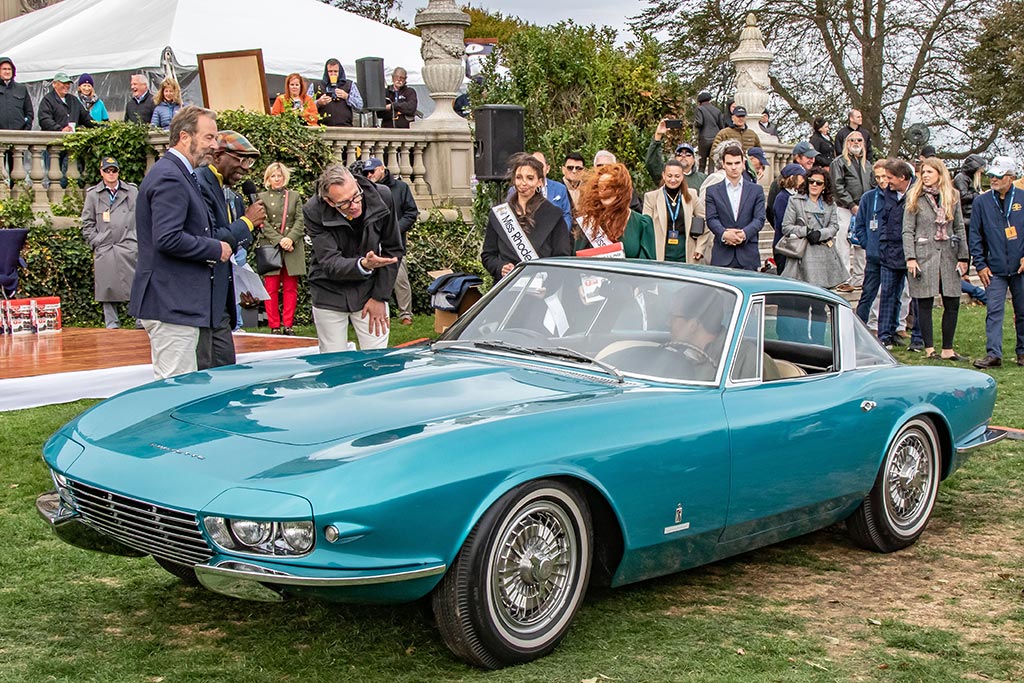 Supercars.net offers this profile of the Rondine Coupe:

Compared to the C2 Sting Ray body, Pininfarina’s version has an increased front overhang and a much more dramatic sloping nose, making the car longer and the interior seeming to be more rearward. The car has a stock dashboard and seats, but the door jams are chromed and decorated panels are fitted. The greenhouse is quite bright due to the white leather upholstery and a large wraparound rear windscreen. At the rear, the fenders are kicked up over the wheel arches and lead to a “pinched” rear end that is similar to the Fiat 124’s. Custom bumpers are included as well as the “Corvette Rondine” script on the trunk lid. After retaining the car since new, Pininfarina held onto the car until 2008 when they decided to auction off the car at the 2008 Barrett-Jackson Auction. It sold for $1.76 million to be included in the Michael Schudroff collection.

“I am proud of everyone involved with this year’s event and thrilled we were able to give car people the opportunity to get together and share their stories and create new memories,” said Audrain CEO Donald Osborne. “We were thrilled to share Newport with everyone in attendance and I am sure they came away with a newfound love for our island and the hospitality they received. Our team will continue to look for ways to elevate the experience for future Motor Weeks and establish our place in the global concours world.”

The Corvettes were in impressive company at the show, which saw a 1930 Bentley Speed Six take home the coveted “Best of Show” trophy, and a 1931 Bugatti Type 51 Dubos Coupe capture the Concours’ prestigious “People’s Choice” award.

Held at the most famous of the “Newport Cottages” and former home of the Vanderbilt family, the event featured 65 prominent judges from five countries and 180 cars from across the United States and Europe. One of the Vanderbilts – who were among the most prominent Newport socialites – was Willie K. Vanderbilt, one of the greatest car enthusiasts of the early 20th century.

According to a press release:

The annual Audrain Newport Concours & Motor Week celebrates the diversity, elegance, and timelessness of classic and modern vehicles and the people who bond with them. With a week’s worth of incredible car showcases, alongside a plethora of fun gatherings, seminars, and other luxurious events, the Audrain Newport Concours & Motor Week is sure to entertain, with all events leading up to the finale of the week, the Concours d’Elegance. The Concours d’Elegance features multiple classes of meticulously cared for cars that have had a significant impact on automotive history.

[PICS] The NCRS Gallery 21 at Corvettes at Carlisle