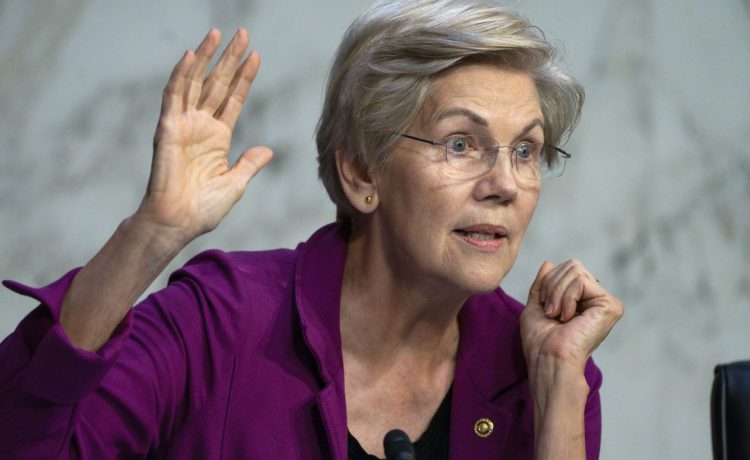 The Supreme Court has been asked to step into a thorny debate over whether Elizabeth Warren’s idea of a Wall Street-policing agency is legal, potentially adding another major case to a docket already packed with affirmative action, voting and LGBTQ issues.

U.S. Solicitor General Elizabeth Prelogar asked the justices to reverse a lower court decision ruling that the executive branch’s Consumer Financial Protection Bureau (CFPB) steals Congress’ power of the purse by having its own independent funding.

Ms. Prelogar asked the justices to speed the case onto their calendar and hear it this term, which would likely mean the court would deliver an answer by June.

The CFPB’s independent financing was at the heart of the idea of an agency to police Wall Street in the wake of the 2008 financial collapse. Ms. Warren, at the time a law professor at Harvard University, promoted the idea as a way to have a regulator that was free of political pressure from Congress. (She is now a Democratic senator from Massachusetts.)

But the U.S. Court of Appeals for the 5th Circuit last month said whatever the merits of the idea, the Constitution demands government be accountable to Congress, and that means agencies must subject their funding to lawmakers’ oversight.

The circuit court struck down the CFPB’s Payday Lender Rule as illegally tied to the CFPB’s funding scheme, creating the clash with the Biden administration.

“No other court has ever held that Congress violated the Appropriations Clause by passing a statute authorizing spending,” Ms. Prelogar said in asking the justices to overturn the appeals court’s decision.

Created by a Democratic Congress and signed into law by President Barack Obama in 2010, the CFPB was intended to be insulated from both branches of government.

It was given a single director who is appointed and confirmed by the Senate but couldn’t be removed unless the president could show good cause. And it takes its financing directly from the Federal Reserve, putting it out of reach of the annual appropriations process on Capitol Hill.

The Supreme Court has already overturned the removal provision, ruling that it violated the Constitution. Now CFPB opponents are back for another crack at the financing.

The 5th Circuit’s ruling stands in contrast with other federal appeals courts that have upheld the agency’s arrangement. Those other courts noted that other federal agencies, such as the Federal Reserve and the Federal Housing Finance Agency, also have budget autonomy.

But the 5th Circuit said the CFPB is “double-insulated” from Congress and its regulatory power is far greater than the other agencies in question.

Ms. Prelogar says Congress effectively answered the appropriations question when it set up the CFPB.

The 5th Circuit’s ruling didn’t close the agency. It did invalidate the Payday Lending Rule, which became effective in 2018 during the Trump administration, though it was issued by a director installed by Mr. Obama. The rule restricted lenders’ ability to provide consumers with loans unless they’ve determined they can repay them according to certain terms; it also restricted lenders’ access to accounts.

That policy was intended to go after what the bureau saw as predatory lending practices by payday lenders.

The 5th Circuit said that because that rule can be tied to the CFPB’s unconstitutional funding structure, the rule must be vacated.

It would take at least four justices to vote in favor of reviewing the 5th Circuit’s decision for the petition to be granted.

Devin Watkins, an attorney with the Competitive Enterprise Institute, said he thinks the high court will take up the invitation to review the case, reasoning that the 5th Circuit ruling ensures “Congress can’t create an unaccountable funding mechanism.”

He said that would be worth the court’s time.

“Ultimately, if the Payday Lending Rule were invalidated, everything the CFPB has ever done could end up being invalidated until Congress decides to fund the CFPB,” Mr. Watkins said.