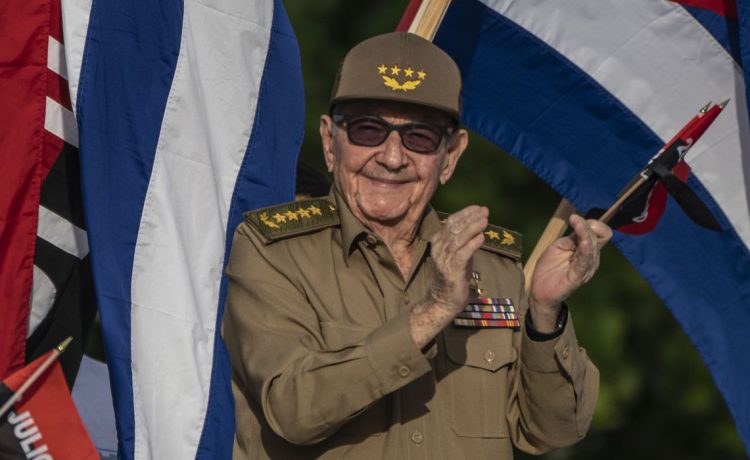 The recent expulsion of a dissident Protestant cleric by Cuba’s communist regime is just the latest evidence of a larger crackdown on people of faith in the Caribbean nation, experts at the U.S. Commission on International Religious Freedom said this week.

The findings, coming just over a year after the Havana government harshly suppressed a rare outburst of popular protest, represent a fresh hurdle for those advocating a thaw in U.S.-Cuba relations. President Biden came to office hoping to restore some of the diplomatic momentum in bilateral ties begun under President Obama, but has left in place many of the more restrictive measures put in place under President Trump.

The White House faces considerable opposition in Congress — including from key Democrats — to easing tensions with Cuba that date back to the Kennedy administration. The administration last month announced new visa restrictions on 28 Cuban officials implicated in the suppression of the July 11, 2021 protests.

The new faith survey is important because, despite decades of communist rule, 70% of Cubans “identify with a specific religion,” Kirk Dahlgren, an independent consultant who worked on a recent USCIRF report, told a video conference on constitutional reform and religious freedom.

An economic crisis sparked by the COVID-19 pandemic and efforts at currency “reunification” sparked the popular protests in July 2021. Cuban religious leaders were among those targeted in the government crackdown, including the arrest of clerics and other citizens affiliated with religious groups, Mr. Dahlgren added.

The persecutions continue, USCIRF Vice Chairman Rabbi Abraham Cooper added. This June, authorities told pastor Alain Toledano Valiente restrictions on his right to travel would only be lifted if the Movement Paths of Justice leader would “leave Cuba indefinitely.”

Mr. Toledano, who had hoped to attend meetings associated with the Summit of the Americas in Los Angeles, was given 30 days to pack up and leave with his family members. Mr. Cooper said.

While the State Departments at-large ambassador for religious freedom was able to arrange emergency visas for the Toledano family, Mr. Cooper said the pastor and his family “should have never been forced to abandon their country, their parish or their parishioners.”

The USCIRF official noted there are nine Cubans on the group’s Freedom of Religion or Belief Victims List, of which five are Protestant and four are members of the unregistered “Free Yoruba Association of Cuba,” which practices the Afro-Cuban religion of Santeria. Those individuals were also associated with the 2021 protests, he said.

Because Cuba today is in the grip of the Castro family, which controls the ruling Cuban Communist Party, “there is no real prospect” for reform since the ruling family wants “to control what are the rights that are given or not,” Mr. Larrondo said.

“With that kind of behavior in 63 years, we don’t believe there is hope,” he added. “The only hope is to press them by the people, to press them by democratic states, to make a change. The criminal does not change by himself.”

The U.S. State Department, in its section on Cuba in its latest global survey of religious freedom released in June, detailed many of the same cases cited by the ICIRF researchers, with religious organizations on the island closely policed by the Ministry of Justice and the Communist Party’s Office of Religious Affairs.

Many religious groups said that despite constitutional provisions providing for freedom of conscience and religion and prohibiting discrimination based on religion, the government continued to use threats, detentions, violence, and other coercive tactics to restrict the activities of some religious groups, leaders, and followers, including the right of prisoners to practice religion freely,” the State Department survey found. “Religious groups also said the government applied the law in an arbitrary and capricious manner to target religious groups and individuals whose views were not in line with the government’s.”

Different religions receive different levels of control, Mr. Dahlgren noted. He said the Cuban government “accepts the fact [of] the institutionalization” of the Roman Catholic Church there but works through bishops to keep a tight rein on individual priests. The ascent of a new generation of bishops who “are thinking completely different from the old bishops” may hinder reform “because of the fear in their DNA,” Mr. Larrondo added.

Unregistered evangelical churches, Mr. Dahlgren said, face “fake charges, and other sorts of really harsh repression mechanism” because of their status, as do followers of Santeria and Yoruba and Palo Mayombe.

Ironically, Mr. Larrondo noted, members of Jehovah’s Witnesses face less persecution on the island even though the group is officially illegal. He said that because the group does not participate in politics, authorities believe “they cannot be a real threat” to the government.

“They are illegal, and they are repressed, but they are … not as repressed as the Catholic or the other religions,” Mr. Larrondo said.

Another group on the margins are the nation’s Muslims, who are cut off from the global Islamic community and “are very isolated,” Mr. Larrondo noted. Independent Muslim leaders are denied jobs and are heavily surveilled, he added.

Mr. Cooper said USCIRF has called on the State Department and the Biden administration to increase sanctions on Cuba, and for Congress to support legislation sanctioning “Cuban officials responsible for severe violations of religious freedom” there.