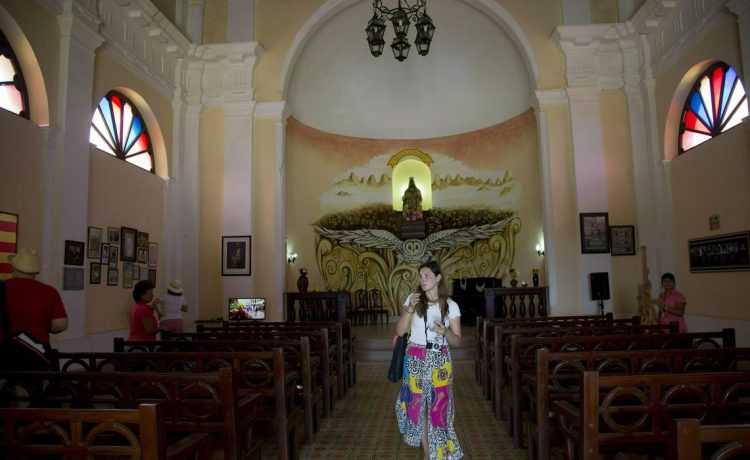 The U.S. Commission on International Religious Freedom has given Cuba a failing grade in a new report.

The independent advisory panel, which makes recommendations to the White House, State Department and Congress on religious liberty issues, released a 30-page report detailing Cuba’s treatment of believers as dissidents prepare to mark the anniversary of July 11, 2021, protests that saw a number of religious leaders jailed.

One of the most prominent clerics, Protestant pastor Lorenzo Rosales Fajardo, was among 15 Cubans whose convictions on charges relating to the July 11 protests were upheld June 24 by a court in Cuba. Mr. Fajardo “was violently arrested” following his participation in what rights group Christian Solidarity Worldwide called “peaceful protests.”

CSW said the religious leader “has been imprisoned in Boniato Maximum Security Prison since August 2021, and was tried and convicted of charges of ‘disrespect,’ ‘assault,’ ‘criminal incitement’ and ‘public disorder’” in December of last year, receiving a seven-year sentence.

According to USCIRF, the communist regime “fails to meet international standards” for freedom of religion or belief.”

On internationally recognized human rights standards, the Cubans fail on 34 of 36 compliance measures and only partially meets the other two, the commission reported.

The Cuban constitution’s guarantee of religious freedom, one faith leader told the commission, “is not enforced or fulfilled. Such rights and amenities are a façade for international consumption.”

Contacts with faith leaders in Cuba — who were unnamed in the report for security reasons — formed much of the basis for the report’s conclusions, which note that Cuba’s Office of Religious Affairs, a unit of the ruling Communist Party, exercises control over religious freedom on the island.