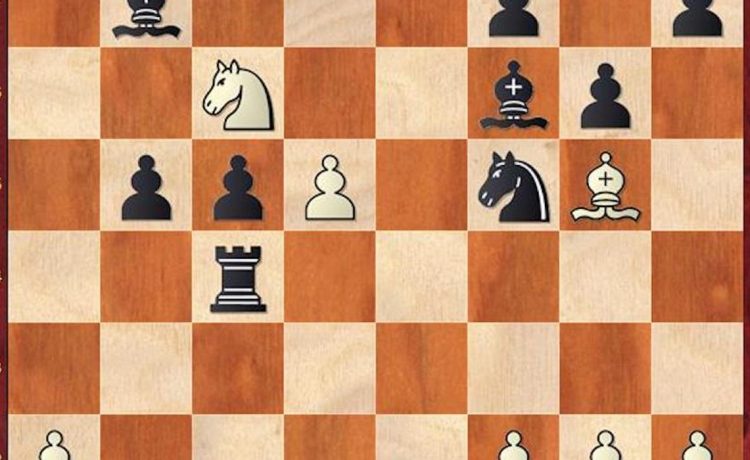 The DMV represented, and the future of American chess is blindingly bright.

You can credit the timing, the lifting of COVID-19 over-the-board restrictions, the quality of the playing facilities or the proximity to Washington and so many historical sites, but the National Harbor event proved a massive success. Organizers said the event attracted some 2,463 scholastic players from 42 states — including more than 600 entrants from Maryland, Virginia and the District. That obliterated the previous attendance record of 1,827 set in 2017 in Orlando, Florida.

USCF officials said they knew they had a blockbuster on their hands when the rooms in the overflow hotel to handle extra guests were all booked a month before the tournament even started.

The full list of winners, dominated by a huge contingent of New Yorkers and Floridians who descended on Prince George’s County for the event, would take up the rest of the column and can be found online at http://www.uschess.org/tournaments/2022/k12/index.php. But we can single out the 10th grade and 12th grade teams from Alexandria’s Thomas Jefferson High School for Science and Technology, which took home the national team titles for their grade.

The chess was pretty good, too, with most sections going down to the wire before a winner could be crowned. Arizona FM Sandeep Sethuraman was the top seed in the 11th grade section but had to work for the title. Needing a win against his closest pursuer, IM Maximillian Lu of Connecticut, to clinch the title, Sethuraman came through in style.

Some combinations appear out of nowhere, a tactical opportunity that opens up through a mistake or oversight by your opponent. But most arise like seedlings, organically sprouting from the superior position with the right amount of skill and nurturing. That’s the case here as Sethuraman as White claims a clear positional edge out of this Queen’s Fianchetto Defense, translating that pressure into a win with a string of major pieces sacrifices.

Lu makes a good practical decision to jettison the exchange to relieve the burden, as after 17. c4! (cementing central control, as the Black rook isn’t going anywhere) a6 18. Bxe8 Nxe8 19. Rfe1 Nd6, the White center is firmly blockaded and Sethuraman still must find a concrete way to cash in his material edge.

With the holiday season upon us, we offer up again a little unexpected gift from a previous Yuletide column about Hollywood legend and Christmas baby Humphrey Bogart, born Dec. 25, 1899.

Bogie regularly tops the list of Hollywood celebrities who played a mean game of chess, and his acumen and love for the game were so well known that he and actress wife Lauren Bacall posed in 1956 for the best-looking cover of Chess Review ever.

Despite taking lessons from famed Los Angeles master Herman Steiner, Bogart from the evidence appears to have been something short of expert-level strength. But he was skilled enough to hold the great Sammy Reshevsky to a draw in a 1956 simultaneous exhibition in Los Angeles, a year before the actor´s death.

Reshevsky employs the classic simul tactic of a sharp opening to flummox his lower-rated opponent, but Bogart handles things relatively well despite coming out a pawn down. On 12. Bxb7 Rd8, Black has a nice lead in development for his material deficit and even sets a trap for the grandmaster: 13. Re1 0-0! 14. Nd2, not “falling” for 14. Rxe5? Rd1+ 15. Re1 Rxe1 mate.

Hope to see lots of chess friends next week at the 47th Annual Eastern Open, being played this year over four days starting Dec. 26 at the Hyatt Regency Crystal City in Arlington, Virginia. It’s always one of the strongest events on the local chess calendar. Watching the grandmasters, masters and ordinary mortals who compete is free, and there will be books and chess paraphernalia on sale.

For more details and playing schedules, check it out here at http://www.chesstour.com/eo22.htm.