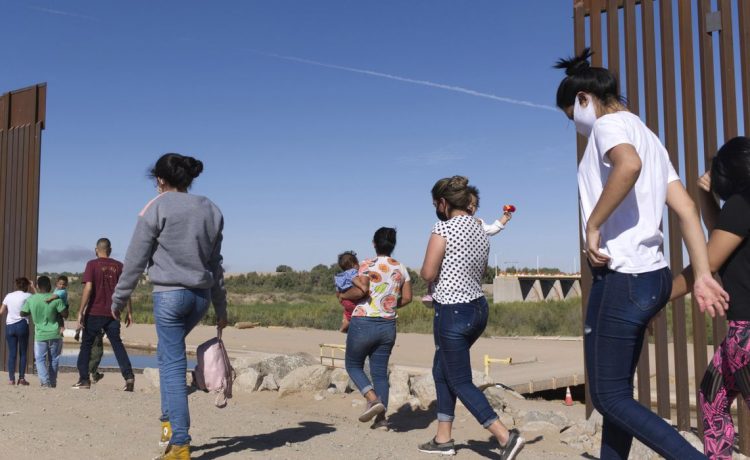 The D.C. City Council voted Thursday to create a new Office of Migrant Services to handle the migrants being bused to the capital from the Mexican border by governors of southern states.

The bill, backed by Mayor Muriel Bowser, sets aside $10 million to set up the office, which will provide migrants bused to the city with temporary assistance such as food, shelter, clothing and legal representation.

Ms. Bowser has already declared a public emergency over the migrants being bused to D.C., which Republican border governors have chartered as a way to dramatize the crisis they face daily as illegal border crossings soar. In a letter to council members, she estimates that over 9,000 migrants have been bused to the city, mostly by Texas Gov. Greg Abbott and Arizona Gov. Doug Ducey. Mayor Bowser has tried twice unsuccessfully to get permission to deploy the D.C National Guard to help with the influx.

“As I have said before, what our country needs is for Congress to fix the immigration system. We also encourage the [Biden] administration to fulfill the requests of cities and states that are receiving buses and planes with no coordination or notification from those sending them,” Mayor Bowser wrote.

Despite the 12-0 vote in support of the office, some have taken issue with the language of the bill. It allows contractors to place migrant families in congregate facilities, where advocates say that the chances of child abuse are higher.

Homeless advocates say that the bill offers less to incoming migrants than to the city’s own unhoused population. A D.C. law requires homeless families to be sheltered in private rooms away from congregate facilities because of the potential for abuse.

Council member Brooke Pinto introduced an amendment to the bill this week that would force the Office of Migrant Services to place families with children in private rooms when available.

I introduced an amendment to the Office of Migrant Services bill to clarify eligibility, prioritize how families may be sheltered in private & safe units – not congregate settings, set health and safety standards, and ensure due process rights are enshrined and protected. 2/4 pic.twitter.com/hbUVjCFgUR

Despite many other council members acknowledging the value of Ms. Brooke’s amendment, it failed in a 9-4 vote.

Ms. Bowser herself lobbied against any changes to the bill, saying they would take services away from the people who need them.