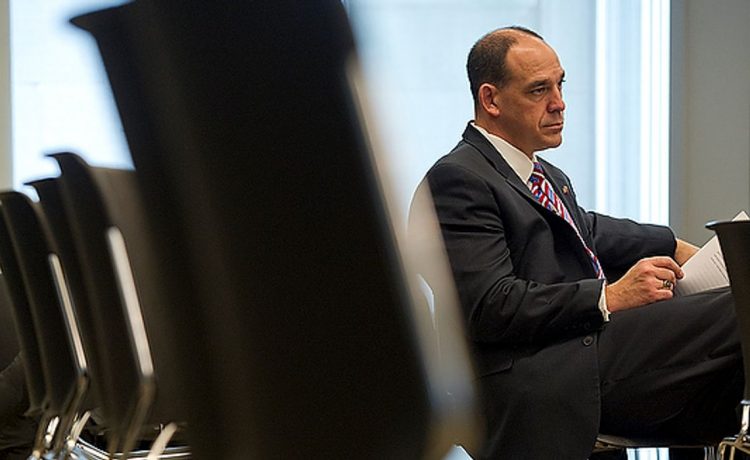 Chris Geldart, D.C.’s deputy mayor for public safety and justice, has resigned after he was charged last week with assault and battery in Arlington, Virginia, and later faced questions about his home in the commonwealth.

Mayor Muriel Bowser announced Mr. Geldart’s resignation during a news conference Wednesday. She said the two came to the decision mutually after a face-to-face conversation.

“I’m saddened to say I’ve accepted the resignation of [Mr. Geldart], but I am proud of the work that we have done together over the past eight years and I am immensely grateful to Chris for his service to the city,” Ms. Bowser said.

Mr. Geldart was charged with assault and battery last week after he got into a confrontation with Gold’s Gym trainer in the Ballston-area gym’s parking lot in northern Virginia.

The trainer told WTTG that Mr. Geldart put his hands on the trainer’s neck during the confrontation. The incident was captured on surveillance footage that was also shared with WTTG.

While covering the issue, WTTG reported that Mr. Geldart had a home in Falls Church as well as rented an apartment and paid taxes in D.C. The coverage raised questions about violating residency rules for members of the mayor’s staff.

SEE ALSO: D.C. deputy mayor on leave after being charged with assault in Arlington

“His family lived in another place and he claims to have established residency in the District,” Ms. Bowser said Wednesday. “I think that the issues surrounding and all the questions being raised are distracting for his job and my job.”

Mr. Geldart had been in his role since January 2021. Previously he served as the director of the Department of Public Works and the Homeland Security and Emergency Management Agency.