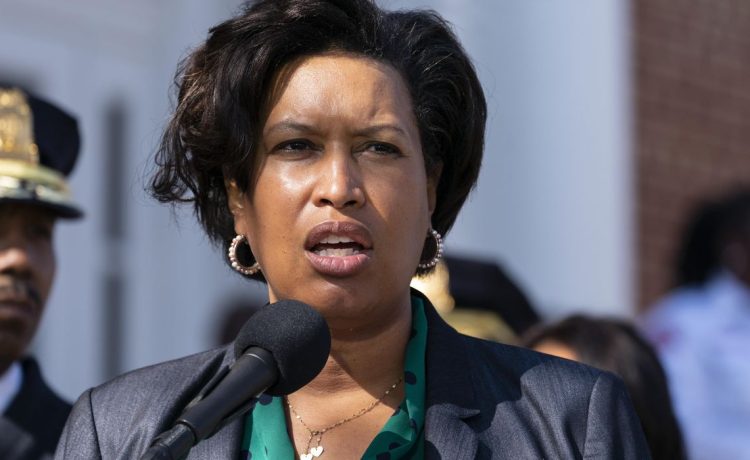 D.C. Mayor Muriel Bowser acknowledged that tension about crime is a growing problem in a meeting with public safety officials and Advisory Neighborhood Commission members to address concerns over violence in the District.

“I grew up in the height of the crack epidemic in Ward 5 in North Michigan Park. I grew up in a town that had over 400 homicides in a year,” Ms. Bowser told the crowd gathered at the Deanwood Recreation Center.

“But how I feel when I go across the city and people are asking me about robberies, gunshots and homicides, randomness [and] juveniles being harmed,” the mayor continued, “I feel almost a greater anxiety than I did at that time.”

A poll taken of the ANC commissioners during the meeting on Saturday found that one-third of those in attendance knew someone who had been a victim of violent crime. Their feelings about crime ranged from “nervous” “anxious” and “frustrated” while others said they were “determined,” “curious” and “hopeful.”

The level of crime in D.C. has been a hot-button issue for months.

A massive rewrite of the District’s criminal code has been criticized by Ms. Bowser for being too lenient on serious offenders. She vetoed the bill earlier this month, but was overridden by the D.C. Council last week, after it had previously passed the legislation by a unanimous vote in the fall.

Now the proposed code is drawing the attention of Republicans in Congress, who are using their constitutionally entrusted position as arbiters of D.C.’s laws to try and derail the bill’s passage.

“As the committee with jurisdiction over the District of Columbia, we will conduct oversight of the disastrous policies that have allowed crime to run rampant in our nation’s capital city,” House Oversight Committee Chairman James Comer, Kentucky Republican, said Monday. “We will use every remedy available to the House to prevent the D.C. Council’s pro-criminal bill from becoming law.”

The legislation comes after D.C. reported more than 200 homicides in consecutive years for the first time since 2002-2003. It also passed at a time when D.C. has witnessed a sharp increase in carjackings offenses, jumping from 142 in 2019 to 485 in 2022.

At the meeting, Chief of Police Robert Contee cited statistics that showed there were 884 gunshot wound victims in the city last year. He also said the more than 3,100 guns recovered in the District during 2022 dwarfed the roughly 2,300 that the Metropolitan Police Department seized in 2021.

Illegal modifications, such as gun switches that turn semi-automatic Glock pistols into fully automatic weapons, have also been spotted on more and more firearms.

“Going back to 2015, 2016, you heard ‘pop, pop, pop,’ in your communities,” Chief Contee said to the crowd Saturday. “They added Glock switches, then you started hearing ‘brrrr,’” the chief said while mimicking the quick fire rate of a modified pistol.

One ANC commissioner, who was from Southeast, said that the District’s emphasis on recreation programs isn’t effective at reaching the young people who may become violent offenders. Ms. Boswer agreed that the rec programs aren’t reaching the city’s youth “who we are most concerned about.”

Both Ms. Bowser and Chief Contee stressed the low number of police officers in the city. The chief said that the last time D.C. had 3,466 officers, as it currently does, was in Fiscal Year 1999.

Ms. Bowser said the city has gone through two budget cycles where funding for additional officers was slashed. She urged the ANC commissioners to speak up about adding more police officers during budget negotiations.

– Thomas Howell contributed to this report.