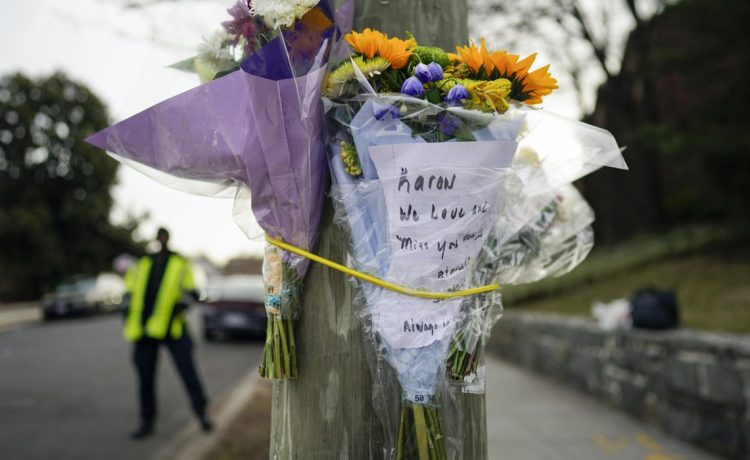 D.C. Mayor Muriel Boswer revealed Wednesday that the man who police said shot and killed a teenage boy in Northeast over the weekend is a city government employee.

“I’m not going to say what agency [he works for],” Ms. Bowser said during a press conference. “I can tell you the employee, like in other cases where we’ve had an employee that is accused or charged, that employee is on administrative leave.”

Ms. Bowser added that the employee doesn’t work in public safety and that she doesn’t personally know the man.

The revelation came after a tense meeting Tuesday night in Northeast, where residents demanded to know why D.C. police hadn’t arrested the lawful gun owner for shooting and killing 13-year-old Karon Blake early Saturday after the teen was accused of trying to break into cars.

“I didn’t know if you get a gun permit, you can shoot somebody for messing with a car,” Sean Long, Karon’s grandfather, said during the meeting organized by D.C. Council member Zachary Parker, Ward 5 Democrat. “When did we start doing that?”

Calls for the Metropolitan Police Department to identify the man were repeated during the emotional meeting at the Turkey Thicket Recreation Center.

Assistant police Chief Morgan Kane said repeatedly the department is keeping mum about details of the case in order to preserve the integrity of its investigation.

MPD has said that a male resident in the 1000 block of Quincy Street NE “heard noises and observed someone that appeared to be tampering with vehicles” shortly before 4 a.m. Saturday. The man went outside to investigate and encountered Karon. After a brief interaction, the man shot the teenager, who later died from his injuries at a hospital.

Two lawful gun owners who attended the meeting spoke with The Washington Times about the rights gun owners have in the District, which strictly defines when deadly force is justified. Both said defending property is not legally recognized as one of those circumstances.

Marcus Robinson, another city resident and licensed gun owner, separately agreed with Mr. Ayala. He said the homeowner violated the city’s gun law “by being outside with the weapon, everything that happened from that point is his liability.”

Mr. Parker said he hopes charges will be filed, adding that a grand jury could ultimately determine that.

“I think it’s unacceptable that anyone will take the life of a 13-year-old over property, let alone property that doesn’t belong to them,” Mr. Parker told The Times.

“There’s misinformation swirling out there and people are tying it to race and other things and putting images of innocent people out there next to young Karon saying that this is the person that’s responsible,” Chief Contee said “That’s reckless and that’s dangerous.”

The chief said the homeowner is a Black man and has retained an attorney to communicate with police on his behalf. He did not say how many shots were fired, where Karon was shot or if Karon was accused of trying to break into the homeowner’s car. He also did not describe the nature of the interaction between Karon and the homeowner.

Chief Contee explained that a second-degree murder charge was listed on the initial police incident report because someone died from a gunshot, but added that responding officers felt they didn’t have probable cause to make an arrest at the scene.

The chief said that any identifying information about the homeowner would be released if police obtain a warrant for his arrest.