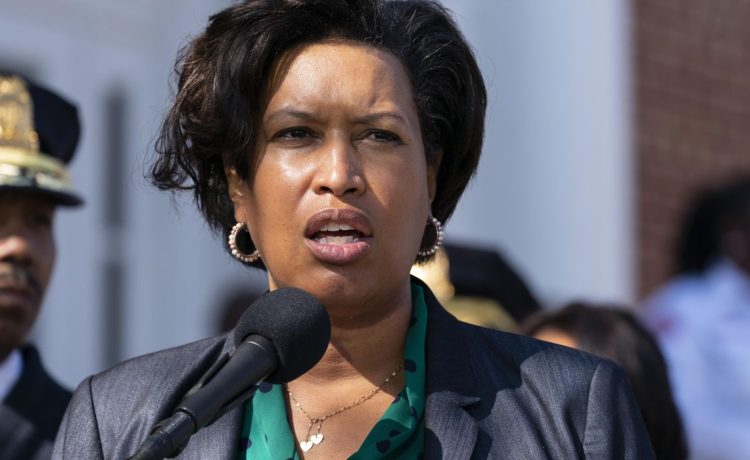 District Mayor Muriel Bowser said Tuesday that she will veto the Revised Criminal Code Act, sending the massive overhaul of the city’s criminal code back to the D.C. Council.

Ms. Bowser, who was just sworn in for a third term, indicated that the bill that redefines criminal conduct and its corresponding penalties in D.C. is too soft when it comes to the city’s most pressing issues, particularly youth violence.

“None of us can be satisfied with young people having weapons and using weapons and killing each other,” Ms. Bowser said. ”Anytime there’s a policy that reduces penalties, I think it sends the wrong message that takes the focus off of using guns or possessing guns.”

One 17-year-old was killed and a 14-year-old was injured in a shooting Monday near the Congress Heights Metro Station in Southeast.

An 8-year-old child was wounded in the crossfire of a Tuesday night shooting on Georgia Avenue in Northwest, according to WTOP. Two juveniles were also shot in separate shootings in Southeast earlier this week.

While homicides were down in 2022 compared to 2021, the city still surpassed the 200-homicide mark in back-to-back years for the first time in nearly 20 years.

Ms. Bowser also expressed concern that D.C.’s understaffed judicial system won’t be able to keep up with the increased demand expected under the revised code. The new code proposes granting all people charged with a misdemeanor the right to a jury trial.

It’s a proposal the District lacks the authority to implement, as Congress is required to fill vacancies on the D.C. Superior Court and the D.C. Court of Appeals.

Seven new judges were added to D.C.’s judicial bench just last month, but Ms. Bowser said there are vacancies that have yet to be filled.

Still, the mayor’s veto to the criminal code legislation is likely only delaying the inevitable.

The code changes were passed unanimously by the council in the fall, and the council will have until February to override Ms. Bowser’s veto, according to DCist. After that, the code goes to Congress for a 60-day review.

New Attorney General Brian Scwalb and Ward 6 Council member Charles Allen, who was central in advancing the code changes through the council, both spoke out in support of the bill.

“District residents trust their leaders to be engaged, work together, and make responsible decisions,” Mr. Allen said in a statement acquired by DCist. “After lengthy discussions, serious compromises, and two unanimous votes by the council to pass this legislation, residents can trust the council will do the right thing and override a veto to put the modernized law in place.”

Supporters of the legislation argue that the changes will more clearly define crimes and offer more proportional penalties for offenders. The heavy penalties in the current code are not deterrents for criminal behavior either, advocates argue.

Critics argue the new code is too generous to serious offenders, offering criminals early release from prison and removing most mandatory minimums in sentencing.

Those same critics have also said that the Superior Court is reluctant to hand out harsh sentences in the first place.

If the bill becomes law, the reformed code won’t take effect until October 2025.