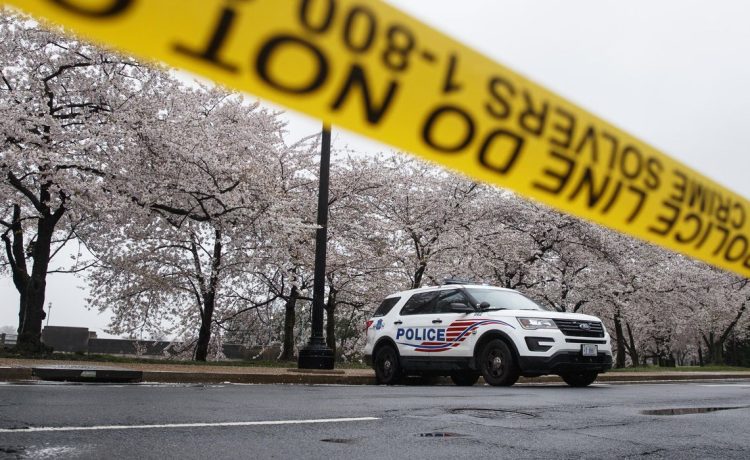 D.C. community leaders are enlisting the Sixth Commandment — “Thou Shalt Not kill” — as part of a campaign to combat a surge of deadly violence that has claimed six lives to start the new year, doubling the total from the same period last year.

Two teens are among those who have died in a rash of shootings that have sparked outcry from frustrated leaders and parents, drawn crowds of concerned residents to a couple of town-hall meetings and convinced one group of activists to appeal to a heavenly power for help.

On Tuesday, the Anacostia Coordinating Committee began distributing thousands of bright red posters emblazoned with the words “Thou Shalt Not Kill” at the Busboys and Poets location east of the Anacostia River.

The group’s social awareness campaign, according to organizer Philip Pannell, harkens back to a similar one orchestrated 30 years ago by then-at-large D.C. Councilmember William Lightfoot during the height of the crack epidemic.

While Mr. Pannell described the modern reprisal as more “spiritual” than purely Biblical, he’s promoting the message in hopes of snapping people out of how numb they’ve become to the killings around the District.

“One of the most dramatic examples of violence being desensitized is people who have information about homicides are not coming forward,” Mr. Pannell told The Washington Times. He mentioned that only 86 of last year’s 203 homicides in D.C. were solved — a closure rate of 42%.

A total of 3,000 posters have been printed so far for the campaign, with 1,000 posters being paid for by the office of D.C. Mayor Muriel Bowser and another 2,000 from restaurateur Andy Shallal.

Distributing the posters at Busboys and Poets has particular resonance for patrons of the restaurant.

One man was killed and what police said was an “unintended victim” was shot outside the Anacostia eatery on Dec. 28 , police said at the time. In February 2022, armed men entered the K Street Northwest location demanding money but fled the scene without taking anything, police said.

What Mr. Pannell said is different about this surge in violence versus the one experienced 30 years ago is how brash the suspects are and how young both the shooters and the victims are.

“We see a number of the shootings have been a bit more brazen, particularly daytime shootings,” Mr. Pannell told The Times. “You see perpetrators who have no problem shooting in crowds of people, we see more young folks — children — getting shot and killed, and then we actually see more young people getting involved [in the violence].”

Then, over the weekend, 13-year-old Karon Blake was shot and killed by a homeowner with a registered firearm in Brookland after the boy was accused of trying to break into cars.

Karon’s death sparked an outcry from the community and local politicians.

Ward 5 Councilmember Zachary Ward, who represents the Brookland neighborhood in Northeast, scheduled a community meeting Tuesday night to ask the Metropolitan Police Department and the U.S. Attorney’s Office in D.C. “to hold accountable the individual who took Karon’s life.”

D.C. Mayor Muriel Bowser addressed the teen’s death during her weekly media availability Monday, saying that “We would rather be talking about a 13-year-old going to school today than to talk about him being killed on one of our streets.”

However, the mayor didn’t delve into the facts of the case or the progress MPD or prosecutors have made so far in their investigation.

Ms. Bowser vetoed a major rewrite of the city’s criminal code last week because she felt it was too soft on gun violence. She mentioned at the time that violence has become an acute problem among the city’s young residents.

Despite that stance, the D.C. Council’s unanimous passage of the code means they will likely overrule her veto. If so, the new code would take effect in October 2025.

Mr. Pannell, the man behind the “Thou Shalt Not Kill” posters, said that the signs will be seen in the windows of businesses and organizations throughout each of the city’s four quadrants.

“We’re going to raise some more money so that people will be able to have lawn signs,” Mr. Pannell told The Times. “When we say ‘everywhere,’ we mean everywhere.”