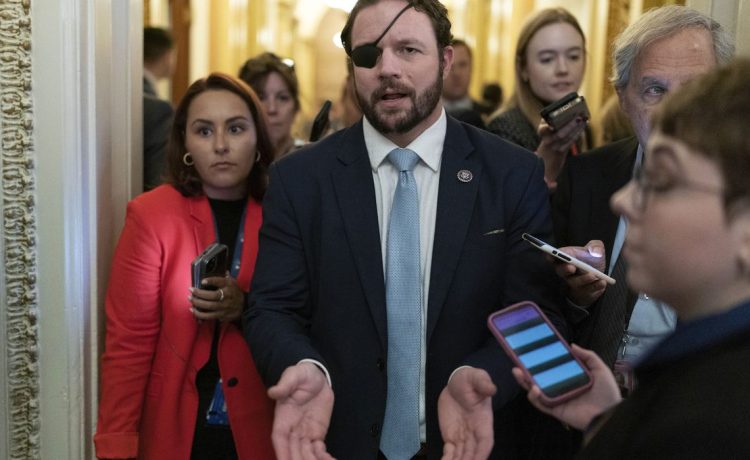 The Texas Republican said he was frustrated but only meant it figuratively and was surprised his colleagues were offended.

“I’ve got pretty thick skin. I’m called awful, vile things by the very same wing of the party that I was fighting at that moment. I was a little taken aback by the sensitivity of it,” Mr. Crenshaw said on CNN’s “State of the Union.” “But to the extent that [my] colleagues … were offended by it, I sincerely apologize to them. I don’t want them to think I actually believe they’re terrorists. It’s clearly a turn of phrase that you use and in what is a transient negotiation.”

Mr. McCarthy was ultimately voted House speaker after 15 ballots over five days that featured contentious intraparty fighting that at one point nearly led to a physical altercation on the House floor between Republican Reps. Mike Rogers of Alabama and Matt Gaetz of Florida.

Mr. Crenshaw, who backed Mr. McCarthy from the beginning, said he and the vast majority of the Republican conference were frustrated by the nearly two dozen ultra-conservative holdouts because it was unclear what other concessions they were demanding.

Mr. McCarthy made an array of agreements, such as promises to try to pare back federal spending and weakening his power as speaker by allowing any member to force a vote on his ouster.

“The reason that the 200 were so upset was because we felt we’d already come to the agreement that we have now. This was not new,” Mr. Crenshaw said. “Early on in that week before we had taken a single vote, in a conference with everyone there, Kevin McCarthy had asked one of the leaders of this group, ‘What else do you want? Let’s make this work. What else do you want?’ They couldn’t answer in that moment. That was a real turning point for a lot of people.”