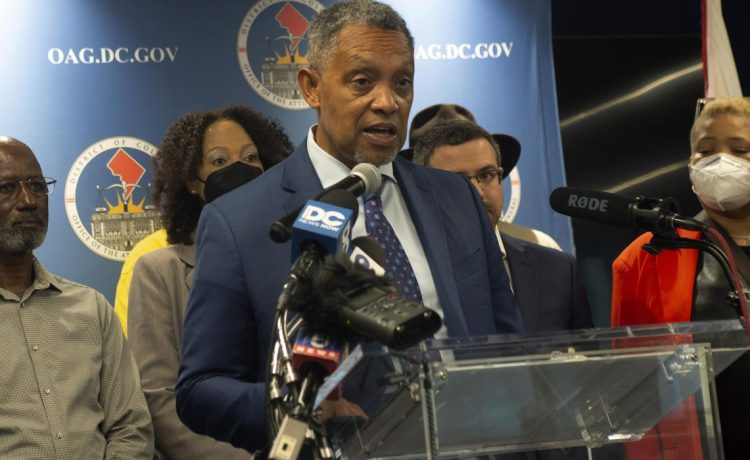 The District of Columbia filed a lawsuit in D.C. Superior Court Thursday against chemical manufacturer Velsicol Chemical, LLC, claiming it violated city environmental laws by polluting a major waterway, the Anacostia River and the surrounding area for decades.

In a complaint filed by D.C. Attorney General Karl Racine, the city alleges that Velsicol produced a pesticide that contained chlordane and marketed it to low-income homeowners in the city from 1945 to 1988. That was the year the chemical was banned for sale in the U.S. by the Environmental Protection Agency over health effects in humans, including tremors, convulsions and cancer.

But Racine claimed at a press conference that Velsicol knew long before that that chlordane could cause cancer, as far back as 1959, yet still sold products that contained the chemical.

As recently as the 1960s, D.C. residents used the Anacostia River for recreation and food, but years of pollution from a variety of sources – sewage, chemical runoff and litter – made the river unusable.

The lawsuit developed out of a decades-long effort to clean up the river, Racine said. Local environmentalists, like Matt Gravatt, chair of the D.C. chapter of the Sierra Club, said the river is almost back to being safe for public use, but not yet.

City departments and environmental researchers have known about the potential harm of chlordane in the Anacostia for decades. The year after the EPA ban, the district put out an advisory warning residents against eating fish caught from the river, in part because levels of chlordane in aquatic life exceeded limits suggested by the Food and Drug Administration.

In the lawsuit, the attorney general’s office said it anticipates the city will spend $35 million remediating sediment contaminated with chlordane and other toxic chemicals. The hope is the award will help pay for the river cleanup.