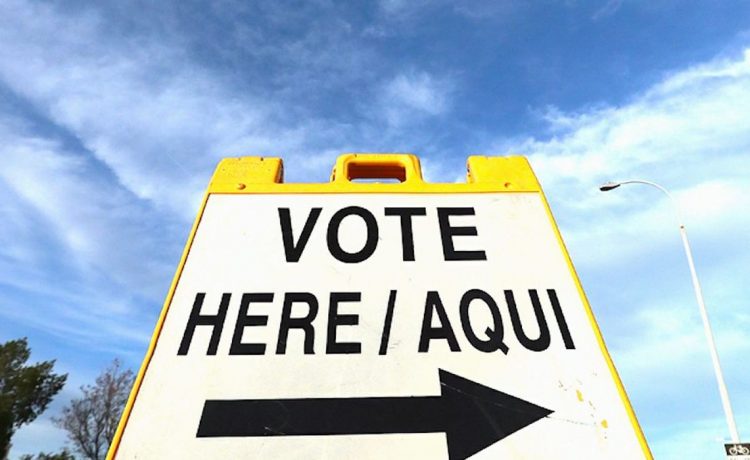 The radio, digital, and print ads launched by the Democratic Congressional Campaign Committee hit Republicans as being “MAGA extremists” and urge voters to “¡Cálmate!” or relax and support Democrats.

“Democrats refuse to take Latino voters for granted and this latest investment will join the DCCC’s cycle-long commitment to court, build, and expand Democrats’ relationship and commitment to the Latino electorate,” said Mariafernanda Zacarias, DCCC senior advisor for Latino Engagement.

Ms. Zacarias added that the ads come at a time when Republicans are working to “lie and try to deceive voters” in Hispanic communities.

The radio ad begins with a woman complaining of back pain because of long working hours and a man telling her that she should vote for Democrats with solutions to rising prices.

“What you could do is vote for Democrats. These Republican extremists have no plan to help us,” the man said.

The woman then responds by saying that Democrats seem out-of-touch, prompting her friend to point out that “MAGA Republicans are only working for rich people.”

“Democrats know firsthand that even small price increases are hard on working families like ours. Democrats are finding solutions, unlike the Republicans. ¡Cálmate! What you could do is vote for Democrats,” the man said.

The ads are Democrats’ latest attempt to engage with Hispanic voters, while Republicans expand their own outreach efforts.

The ads are part of the $30 million effort by the DCCC to engage with minority voters through the Building Our Base project, which seeks to engage Black, Hispanic, and Asian American voters.

The ads will have actors targeting local Hispanic communities. For example, actors speaking English will have stronger Mexican accents the closer they air to the Southern border.

In ads running in Texas, actors may use the word “camioneta” to refer to a truck that would relate more to recent immigrants and first-generation Mexican Americans, rather than “troca” viewed as more Americanized language.

The ads received criticism from both Democrats and Republicans.

Macarena Martinez, a Texas spokeswoman for the Republican National Committee, said the ad “made my ears bleed.”

“Hands down one of the worst political ads I’ve ever heard,” Ms. Martinez said.