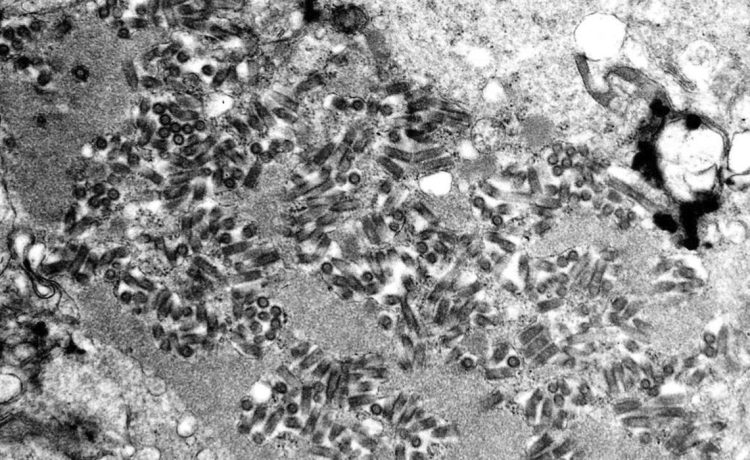 Sparked by a string of fatal rabies cases this year, South African health officials have a message for visitors to the resorts along its famous coastline and nature preserves that dot the country’s interior: Stay away from stray dogs.

As locals make their way to rural homes far from the city, or head to year-end holiday celebrations at resorts along the coast or in one of the many game reserves across this nation of 60 million, officials at the Department of Agriculture in Pretoria this month issued a warning not to touch stray dogs.

While South Africa has a good record when it comes to vaccinating for rabies, deaths still occur, mostly in children. In 2021, at least 12 South Africans died from the disease, and with a 3,000-mile land border it has proved difficult to control the movement of animals from neighboring countries such as Mozambique and Zimbabwe.

In November, the 12th fatality was recorded for the year when a seven-year-old girl was pronounced dead on arrival at a hospital in the port city of East London. A further five deaths from rural areas were flagged as possible rabies infections, based on the reported symptoms of the victims.

Numbers are difficult to confirm because they are compiled within each of the country’s nine provinces and the reporting system is not uniform. Around Durban on the east coast, officials say they logged 21 cases in November 2022, but an outbreak of foot-and-mouth disease among cattle took staff away from the project.

South Africa’s national director of animal health, Dr. Mpho Maja, told The Washington Times in an interview that South Africa has some of the best rabies treatment standards in the world.

“At least once a year, in September mainly, there is a massive awareness campaign where free vaccinations are given in different locations,” she said. “People can bring their pets for the injection at no charge.”

But Dr. Maja acknowledged there was room for improvement and the growing number of animals who could potentially be infected was a challenge.

“The cost of sterilizing pets is beyond the means of many,” she said. “There are charities and NGOs that do this, but a few dogs or cats in a village can lead to a population of hundreds in just a few years as puppies and kittens grow up and, in turn, reproduce.”

Dr. Maja said a single rabid animal can cause havoc when numbers are so high.

“The disease is taken very seriously, but it would be good to see more donors focused on helping owners to sterilize and vaccinate their pets.”

Officials at the World Health Organization say the dangers posed by rabies may be underestimated because hard numbers on actual cases are difficult to compile.

“Because rabies is underreported, mis- and under-diagnosed, data on human deaths, access to vaccines and occurrence in animal populations is limited,” the U.N. health agency said in its latest guidance on the disease this month. “Currently, these data are more likely to indicate the presence of the disease rather than its full extent.”

Scholars suggest that rabies may have been an inspiration for Bram Stoker and his 1897 novel, Dracula, about a man who lurches into madness as a vampire, biting others who in turn create an endless chain of infection. An animal bitten by another that is rabid contracts the illness and spreads it in the same way.

There has been speculation that a series of lock-downs for the COVID-19 virus saw a global decline in preventative medicine. In Africa, cases are detected principally in dogs even though in many countries vaccination is a legal requirement.

“The coastal areas of KwaZulu-Natal and Eastern Cape are at a particularly high risk for rabies,” the new government warning said, “Do not approach … stray dogs and cats from these areas for whatever purpose.”

People have also been urged to take care when rescuing dogs that appear to be lost. Picking up stray animals and homing them could put “your life and that of your family at risk.”

When the Dutch established the first European settlement at Cape Town in 1652, the disease was unknown. Rabies is believed to have arrived more than 200 years later with a pet dog imported from England. Vaccination rolled out in 1885 and saw the problem all but eradicated, but in August 2021 there were two cases in Cape Town, the first in decades.

Despite difficulty compiling accurate numbers, the WHO estimates at least 59,000 human deaths occur each year, with the vast majority in Africa and Asia. The U.S. last year reported five confirmed deaths from rabies, including a seven-year-old Texas boy bitten by a rabid bat, out of a population that is more than five times that of South Africa.

Untreated, rabies remains one of the few conditions still rated as 100% fatal, and with case rates in Africa and India showing little change, the WHO goal of ending dog-to-human transmission around the world by 2030 appears elusive.

In Africa, working dogs are used as security around homes, to herd cattle and goats, and for hunting. Conservation groups have warned of a rise in poaching across Kenya and in South Africa. Unemployment remains widespread and for many there is little choice when it comes to putting meat on the table. On rural roads, it is common to see villagers moving with packs of dogs off the leash. Health warnings about not allowing animals from different households to mix have proved difficult to implement.

There is a movement in South Africa to outlaw the possession of pit bulls which show up regularly in dog bites. However, a 1991 ban on the breed in England failed to reduce the number of attacks, which have doubled in the past 20 years.

Aside from occasional reports among jackals and a species of desert fox, rabies is uncommon among wild animals in Africa.

By contrast, a majority of infections detected in the U.S. are linked to bats and raccoons.