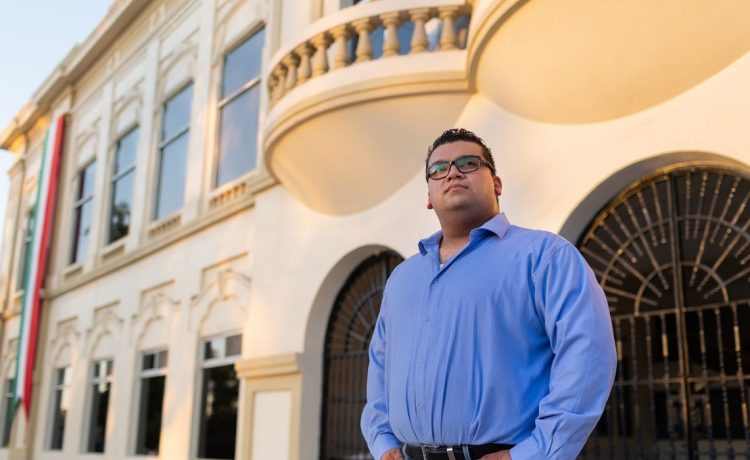 A recent psychology graduate in Mexico could lose his license to practice after officials at the Autonomous University of Baja California in Ensanada expressed concern over his strong defense of the family and the sanctity of life during a commencement address.

Christian Cortez Perez, whose top-of-the-class ranking in the university’s School of Medicine and Psychology earned him the right to deliver the June 27 speech, spoke against what he termed “radical gender ideology” and moves to redefine the family, evoking catcalls and walkouts during the graduation ceremony. The school said it had initiated proceedings against him over his remarks.

Mr. Perez said at one point, “Today we are deep into a real anthropological struggle to redefine the human being, the human person, man, through the implementation of ideologies and fashions of thought that always end up undermining dignity and freedom.”

In a statement, Mr. Perez said he is in danger of losing “my entire professional career because I expressed views with which some students and faculty disagree. Public universities must respect the free speech rights of all students, and I am committed to obtaining justice not just for myself, but for all Mexicans interested in preserving the right to freely express themselves.”

According to a statement from ADF International, a faith-based legal advocacy organization that is working with the recent graduate, executives at the school told Mr. Perez they’ll decide by September 18 what actions to take. Professors at the school reportedly released a “manifesto” calling on the university to sanction Mr. Perez and withhold both his academic degree and his professional license. The manifesto also called for officials to cancel his merit award and notify psychological associations across Mexico about the student.

Mr. Perez, in the ADF statement, said he would file a counterclaim “to take a stand in defense of the free speech rights of every student. … I recognize that some may not agree with the content of my speech, but that’s what free speech is all about.”

ADF International attorney Kristina Hjelkrem said, “If the campaign to punish Christian is successful, it shows that anyone who dares to speak in public in Mexico is in danger. This is a clear violation of international human rights law, reminiscent of dictatorships, not democracies.”

The Washington Times has contacted the Autonomous University in Ensenada for comment.