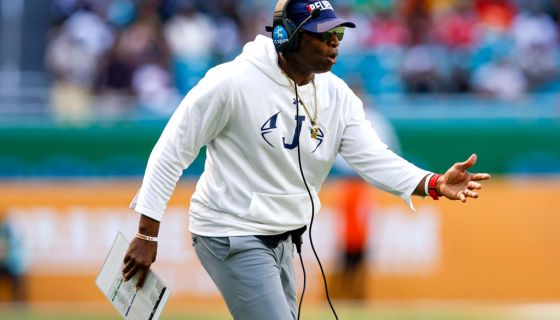 Deion Sanders hit the post-game press conference after defeating Alabama State ready to defend himself against claims from Eddie Robinson Jr who said Sanders disrespected the team and isn’t SWAC. 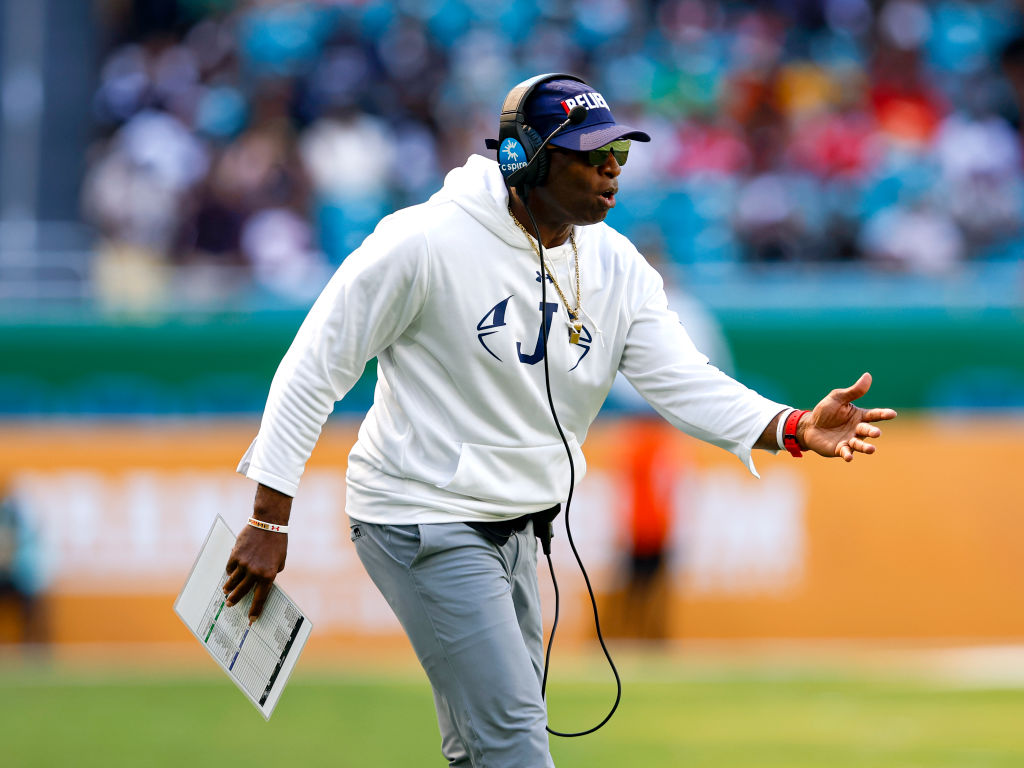 This weekend Deion Sanders and Jackson State continued their dominance in the SWAC by heading to Alabama State as their homecoming opponent. After four quarters on the field, the game ended with a 26–12 win for Jackson State University. The game at Alabama State was sold out with fans filled in the stadium, a sight that many can’t recall happening in recent memory. After the game when both head coach Deion Sanders and Alabama State head coach Eddie Robinson Jr went to greet at midfield an altercation took place. Sanders seemingly went to embrace Eddie with a hug prompting Eddie to put his hand on Sander’s chest to stop him and Sanders responded by pushing his hand away.

Of course, after the on-field flare-up, everyone was awaiting the post-game press conference and Alabama State head coach Eddie Robinson didn’t hold back. He mainly felt disrespected because Deion called the match-up a “money game” in the week leading up to the game due to the large crowds that follow Sanders.

“We did not talk in the pregame,” Robinson said. “I was out there the whole time at the 50-yard line. He walked through our whole huddle in our endzone. He came the long way around to get to his side of the field in pregame. I thought that was not classy at all. In the postgame, I’m not about to give you the Obama bro hug. I’m gon’ shake your hand and go on. I’m going to always be respectful and respect the game.”

“I’m living on the coaches in the SWAC,” Robinson said. “He ain’t SWAC. I’m SWAC. So, he’s in the conference doing a great job. I can’t knock that, got a great team. … But you not about to come here and disrespect me, and my team and my school and then want a bro hug. Shake my hand and get the hell on. Period. You got the W, great job. I hope he comes back next year. I pray he don’t get a Power 5 job so we can play them next year in Jackson and I pray they put us for they damn homecoming.”

“We ain’t friends, He ain’t never called me, I ain’t never called him. Great player … sh*t, everybody wanna be god d*mn Prime Time when they was a little kid. Got tough respect for the guy but you cant do that stuff all week and then come back and put your backup quarterback and try to put more points on the board. Sh*ts disrespectful. Take a damn knee.”

As Deion took the stage he immediately let it be known he heard every word that was said about him before his turn to speak to the media. He didn’t shy away from anything said and took the high road as he always does when faced with opposition.

“I’m not one to come back the next day and you going to pick up the phone and you going to apologize and we straight,” Deion said. “No, not whatsoever. You meant that mess. And one of the comments that kind of disturbed me out of all the comments, that I’m not SWAC. Who is? I got time today. Who is SWAC if I ain’t SWAC? Who is SWAC if I ain’t SWAC?”

Sanders also highlighted he could not believe the audacity of coach Eddie to point out what he thinks Sanders isn’t because he is a lot of things people wish they could be. Sanders also took to social media to remind Eddie and Alabama State he was mic’d up the entire game and has receipts for the disrespect they dished out all game.

One thing is for certain a new rivalry has just been sparked between Alabama State and Jackson State.

You can watch both coaches’ comments below.