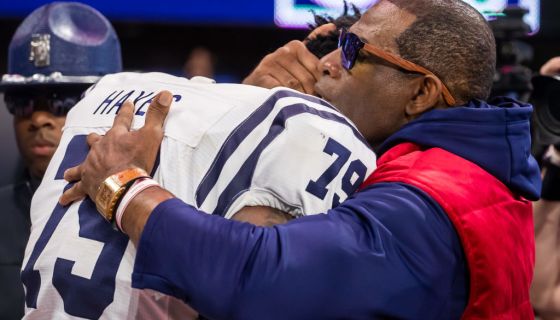 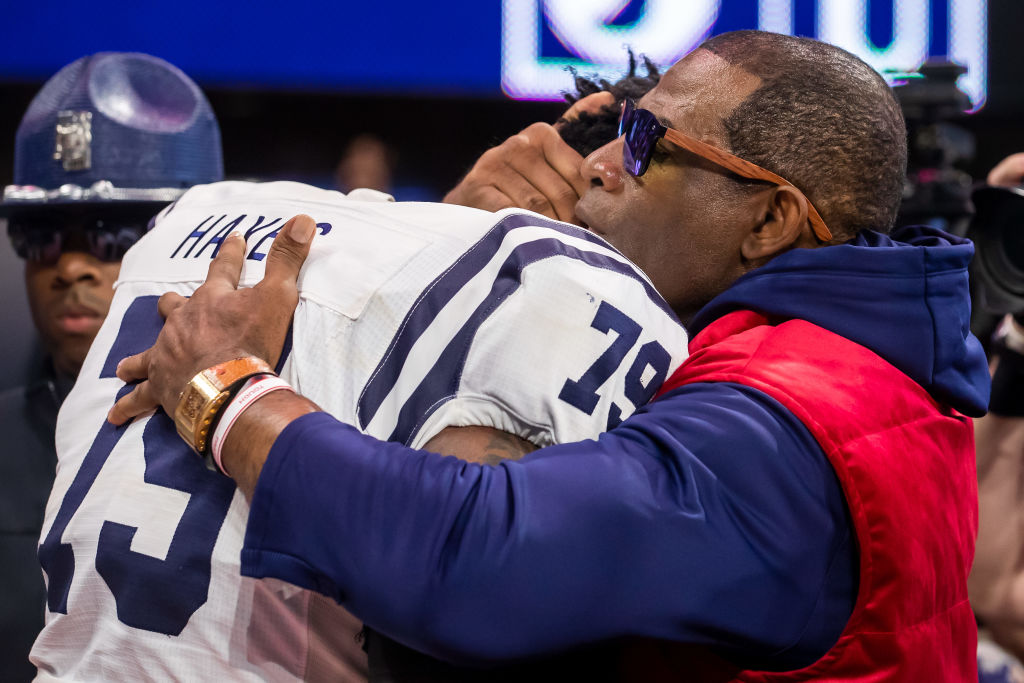 Jackson State lost to North Carolina Central in overtime after a dropped pass by Hayden Hagler and Deion Sanders went full Primetime to make it a teachable moment.

Jackson State went into yesterday’s Celebration Bowl undefeated and ready to put an exclamation point on its undefeated season. Before the big game, head coach Deion Sanders fought back tears talking to the team.

The moment was especially serendipitous considering that Deion was back in Atlanta, the city that picked him to be their star at the beginning of his playing career.

“Not tomorrow, now. Not the next day, now. … We started together, let’s end together,” said Sanders to his players in the locker room.

While Jackson State clearly had the talent, North Carolina Central took their same three plays and used them to win the Celebration Bowl. Even with Travis Hunter’s last-second TD in regulation to tie the game, overtime, the first in Celebration Bowl history, would seal NCCu’s victory at 41 – 34.

A dropped TD pass from Hayden Hagler, who is white, essentially ended the game and crushed J State’s hopes to be victorious.

Of course, social media had jokes about what went down and about Hagler in particular, but Sanders took time to console Hagler while reminding him that the moment would only make him stronger in situations on and off the field.

Coach Prime also reminded him that football is a team sport and they “lost together.”

What do YOU think about Deion Sanders consoling his player?