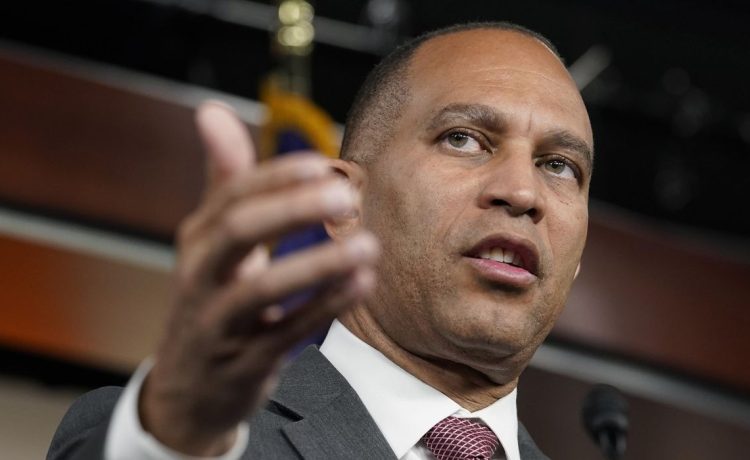 Democratic Caucus Chairman Hakeem Jeffries said he is all in for President Biden to run for reelection in 2024.

Mr. Jeffries, New York Democrat, said the party’s ability to hold onto vulnerable seats in last week’s midterm election despite what was supposed to be a bullish year for Republicans demonstrates Mr. Biden’s popularity among voters.

“Joe Biden is a big and clear winner. Everyone said that President Biden’s agenda is too ambitious. He wasn’t elected to do all of these things. The American people will reject it. Everything that we’ve done is incredibly popular. Our frontliners ran on that policy agenda, and so did our candidates. Why shouldn’t Joe Biden?” Mr. Jeffries said.

He added that the president would have his support once he comes to a decision.

“He said he’s going to make a decision over the next few months. I’m hopeful that President Biden will seek reelection and I look forward to strongly supporting him,” he said.

Mr. Jefferies also is eyeing a race of his own to succeed Speaker Nancy Pelosi as the leader of House Democrats, though Mrs. Pelosi has yet to announce plans for her future with the GOP expected to have the House majority in next year’s Congress.

Last week, Mr. Biden said he expects to make a final decision on running in early 2023, after the Thanksgiving and Christmas holidays.

Some House Democrats have privately dismissed Mr. Biden’s intentions of running for a second term, citing his old age. He will turn 80 years old this month and would be 86 by the end of a second term.

Other House Democrats are more squeamish than Mr. Jefferies.

“I don’t want to answer that question,” Rep. Cori Bush, Missouri Democrat and member of the ultra-liberal “Squad,” told KSDK of St. Louis.

“Just throwing out there. For everyone who is arguing the reason [Biden] shouldn’t run again is because of his age … you know Donald Trump is 76 right?” she said.

Mr. Trump is expected to announce Tuesday evening that he is running again for the White House.