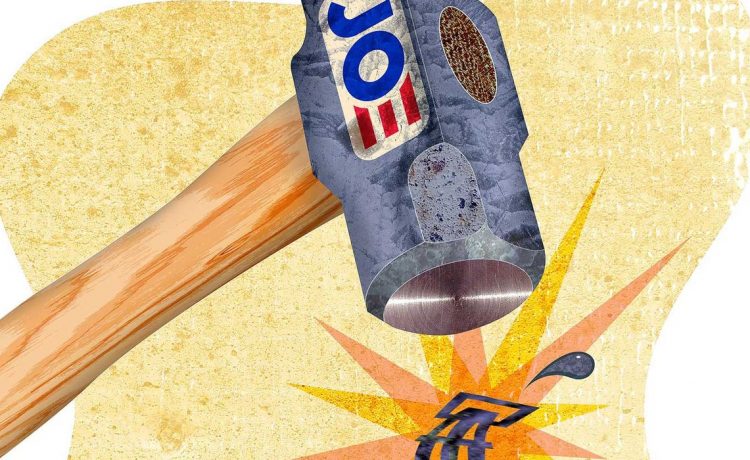 American families are seeing record high prices under the Biden economy. Inflation has increased by 8.6% over the past year, a six-fold increase from when President Biden took office in January 2021.

Americans across the country are also seeing record-high gas prices, averaging over $5 across the country, more than double the average price when Mr. Biden took office. Reports suggest these prices will remain high and could exceed $6 per gallon by August.

According to the Democrats, the solution to these high prices is tax increases — the administration is pushing a trillion-dollar tax hike they say will help address inflation.

In reality, higher taxes are not the solution to inflation. Instead of helping reduce costs for families and businesses, they will be passed along to consumers in the form of higher prices or reduced supply.

A windfall profits tax is no exception — it would do nothing to reduce gas prices but would instead lead to higher prices.

The proposed windfall profits tax would impose a 50% tax on the difference between the current price of a barrel of oil and the average price per barrel between 2015 and 2019. This could raise taxes by as much as $450 billion over the next decade, according to Senate Democrats.

This is a terrible idea: A windfall profits tax was tried and failed in the 1980s under President Jimmy Carter.

As the Congressional Research Service noted, the tax was repealed just eight years later because of numerous problems including that it raised, not reduced prices.

It was a boon to foreign countries as it increased dependence on foreign oil by as much as 13%.

It was so difficult to administer that it was described as one of the most complex ever levied in U.S. history, according to the report by the Government Accountability Office.

It also raised little revenue — when the tax was first imposed, it was projected to raise almost $400 billion. Instead, it raised less than 20% of that amount — just $80 billion.

However, this would just double down on the failed proposals pushed by the left that paid people not to work, led to billions in wasteful spending, and exacerbated inflation. The negative impact of these policies has been made clear by the COVID-19 pandemic.

The GAO found that improper payments from unemployment insurance were $78.1 billion in 2021, representing 18.9% of total payments.

Thanks to these policies, a family of four with two unemployed persons received $109,048 from the federal government between April 2020 and September 2021, according to a report by House Ways and Means Republicans.

While a windfall profits tax would make these problems worse, it is not the only tax Democrats have proposed on American energy producers.

Over the past year, the left has proposed at least 17 taxes on energy. President Biden’s budget includes 11 tax increases specifically on the oil and gas industry totaling $45 billion.

The Democrats’ trillion-dollar socialist “Build Back Better” proposal also included several tax increases on American energy including a 16.4 cents per barrel tax on crude oil and petroleum products that would raise taxes by nearly $13 billion and an $8 billion home heating tax.

In addition, the Biden administration has pushed 81 policies that have harmed energy independence and raised prices including the killing of the Keystone XL pipeline, permitting delays and a “global methane pledge” as noted by the Republican Study Committee.

The fact is, Democrat policies have led to record-high inflation and gas prices.

However, the solution is not new tax increases. Imposing a windfall profits tax on American energy would make this problem worse, not solve it. This failed tax will only raise gas prices, increase dependence on foreign oil and threaten high-paying American jobs.

• Alex Hendrie is director of tax policy at Americans for Tax Reform.