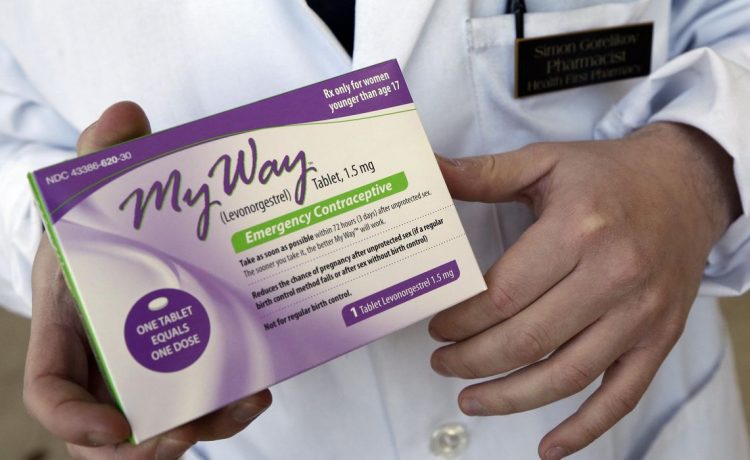 A liberal group is warning voters that Republicans will go beyond abortion restrictions and take away birth control pills, condoms and “your girlfriend’s IUD.”

Americans for Contraception is airing ads that target competitive House races and college towns to warn of a Republican birth-control prohibition, though that’s not part of the GOP platform.

“We’ve always relied on contraception to plan our family, and then we saw that over 90% of Republicans in Congress voted against the right to contraception,” a woman says in one digital ad.

Another ad from Americans for Contraception depicts two men sitting at a bar and contemplating a House bill that would codify the right to birth control.

“Did you hear they’re voting against our right to condoms in Washington?” one man asks, continuing to explain the birth control methods targeted as being the pill, condoms, and his friend’s “girlfriend’s IUD.”

The ads have made their way to YouTube, Hulu and Netflix and target vulnerable Republicans, including Reps. David Schweikert in Arizona and Steve Chabot in Ohio.

Both ads refer to a House bill that would have made guaranteed access to birth control under federal law. The bill, which was put up by Democrats after the Supreme Court overturned the national right to abortion, passed in 228-195 vote with just eight Republicans joining Democrats in support.

House Republican opponent said it was a gimmick to boost Democrats in the midterms.

Democrats have campaigned on the promise to shore up protections for abortion rights and labeled the GOP as “extreme” on the issue.

In a recent speech, President Biden vowed the first bill he would send to the new Congress in January will be legislation to codify Roe v. Wade into federal law.