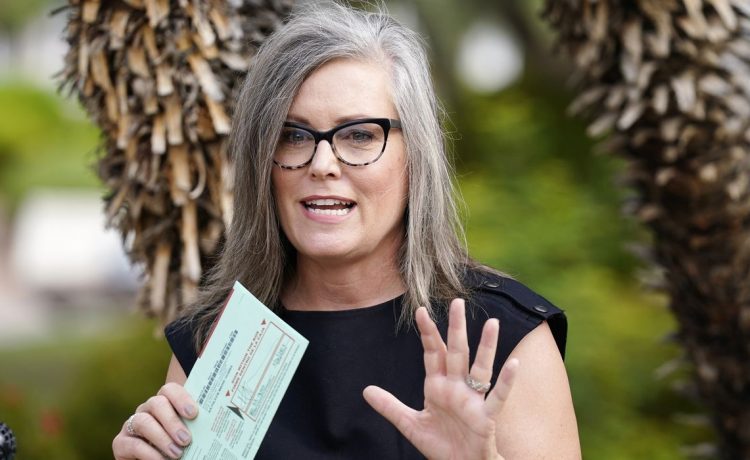 Democratic Arizona gubernatorial nominee Katie Hobbs said Sunday she would advocate for no limits to abortion if elected, arguing that the decision should be a medical one determined between a woman and her health care provider.

Ms. Hobbs’ blanket statement presumably means she would support late-term abortions, a stark change from the state’s current restrictions that outlaw most abortions after 15 weeks with no exceptions for rape or incest.

Abortions have resumed in the state as the law, which does allow exceptions for the life of the mother, is being challenged in court.

“When you’re talking about late-term abortion, that is incredibly, extremely rare. If that conversation is happening, it’s because there’s something that’s gone incredibly wrong in the pregnancy, and politicians do not belong in that decision,” Ms. Hobbs said on CNN’s “State of the Union.”

“Government making these kinds of mandates, interferes with the care that doctors need to provide to their patients,” she said. “They don’t belong in these decisions.”

The contentious issue has galvanized Democrats ahead of the November midterm elections after the Supreme Court struck down Roe v. Wade, which offered federal protections for the medical procedure.

Democrats consistently campaign on the topic in an effort to drum up enthusiasm at the polls, and Republicans have honed in on the economy, inflation and crime.