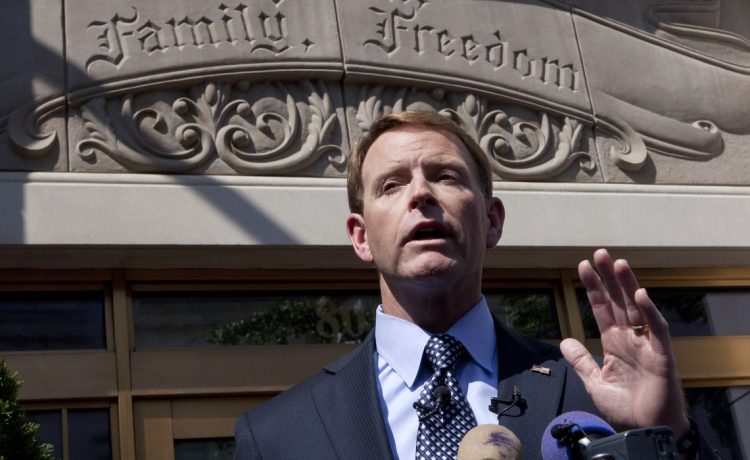 The head of the Family Research Council said Tuesday evening that a call by 40 Congressional Democrats for a Treasury Department/IRS investigation of the group’s “association of churches” tax-exempt status was “factually challenged” and asserted the organization isn’t “trying to hide anything” from the public.

FRC president Tony Perkins told The Washington Times that his organization filed for “association of churches” recognition in 2020 and said the Democratic letter’s assertions that the FRC is a “church” are incorrect.

“We did not seek recognition as a church,” Mr. Perkins said in a telephone interview. “We’re an association of churches, [and] there’s a difference between the two. We work with about 15,000 churches across the country,” he added.

Mr. Perkins said the Democrats are welcome to seek an investigation, because the FRC already passed an IRS review when it sought the designation two years ago.

The Democratic lawmakers sent the letter to Treasury Secretary Janet Yellen and IRS Commissioner Charles Rettig calling for the probe and an investigation of how the tax agency approves such applications.

The letter, spearheaded by Democratic Reps. Susan DelBene of Washington and Jared Huffman of California said that “the FRC is primarily an advocacy organization and not a church.”

Therefore, “we urge the IRS to swiftly review the status of the FRC, and whether there are other political advocacy organizations who have obtained church status, but do not satisfy the IRS requirements for churches, integrated auxiliaries, and conventions or associations of churches,” they wrote.

In a news release, Mr. Huffman’s office said the letter came about “following investigative reporting that uncovered the FRC’s church status application and subsequent approval by the IRS, according to documents obtained via the Freedom of Information Act.”

A July 11 report by ProPublica, which describes itself as “a nonprofit newsroom that investigates abuses of power” noted the FRC obtained the church status designation in 2020, which exempted the organization from filing a “public tax return” that detailed the salaries of key employees, list their board members, and disclose large payments to independent contractors.

He added that while the status “provides some protections to us … we do not use it in any way to try to shield disclosure of our funding or activities.”

Mr. Perkins said another reason for seeking the association of churches status is because “it’s become increasingly difficult in Washington, D.C. to operate, even as a religious nonprofit, because of the policies pushed by the D.C. government.”

He said a pending D.C. government requirement that “every entity in the District provide abortion coverage in their health plans” is one example of a policy against which the “association of churches” status provides additional protection.

He said another policy would require the FRC to “hire someone, even if they had a position that was counter to our statement of faith,” such as a pro-abortion activist.

“We’ve been at the tip of the spear, and we know where the left is going to try to silence religious conservatives,” Mr. Perkins said. “So we are using and utilizing every tool that’s available to protect ourselves and ensure that we can continue to operate according to our faith.”

Ms. DelBene’s announcement of the move labeled the FRC, the victim of an armed terrorist attack 10 years ago, as a “known hate group” in its headline.

Floyd Lee Corkins II attacked the FRC’s headquarters on G Street in the District, injuring a security guard, saying a “hate group map” published by the Southern Poverty Law Center led him to target the FRC.

Corkins was convicted of three felony charges and is serving a 25-year federal prison term.

A spokesman for Ms. DelBene did not answer a reporter’s questions about the propriety of labeling the FRC a “known hate group” so close to the attack anniversary but cited the SPLC characterization as justification for using the phrase.