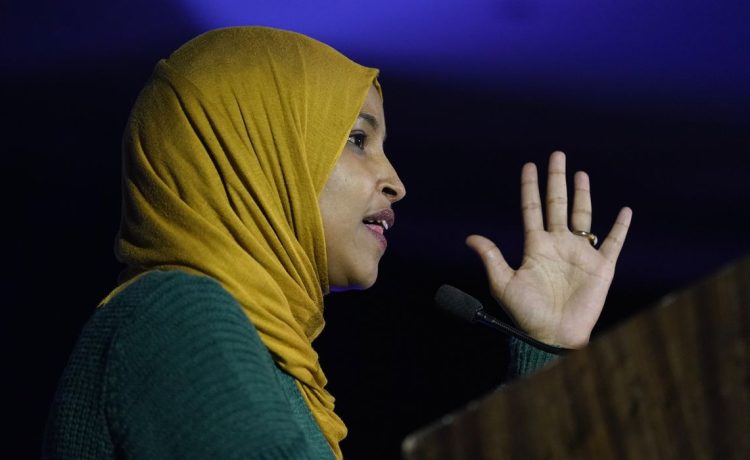 Democrats expected to lose committee assignments if House Minority Leader Kevin McCarthy gets the speaker’s gavel in January say the California Republican is just pandering to party extremists — and worse.

Democratic Reps. Ilhan Omar of Minnesota and Adam B. Schiff and Eric Swalwell of California chided Mr. McCarthy for reiterating over the weekend his promise to remove the three from panels related to national security.

Ms. Omar, who is expected to lose her assignment on the House Foreign Affairs Committee over her antisemitic rhetoric, responded by accusing the Republicans of “openly” tolerating  “anti-semitism, anti-Muslim hate and racism in their own party.”

“Instead of doing anything to address the open hostility towards religious minorities in his party, McCarthy is now lifting up people like Marjorie Taylor Greene, Emmer and so many others,” she said.

The threatened removals are in retaliation for Democrats’ stripping Mrs. Greene, Georgia Republican, of her committee posts in the last Congress.

Mrs. Greene is one of the few outspoken Freedom Caucus members supporting Mr. McCarthy’s run for speaker in January. The Washington Times reached out to Mrs. Greene’s office for comment but did not hear back.

Mr. Schiff and Mr. Swalwell are both expected to be booted from the House Permanent Select Committee on Intelligence.

Mr. Swalwell had a close relationship with a Chinese spy named Fang Fang, a slip that would prevent him from getting a security clearance were he not a member of Congress.

“Kevin can do whatever he wants to pander to the MTG’s and MAGA extremists but I promise you, no matter what Committees I’m on (or not on),” Mr. Swalwell tweeted Sunday. “I [will] not stop fighting to expose the GOP’s lies.”

Mr. Schiff, who appeared on ABC’s “This Week” on Sunday also claimed that Mr. McCarthy is just doing Mrs. Greene’s political bidding and called him a “weak leader”

“I suspect he will do whatever Marjorie Taylor Greene wants him to do,” Mr. Schiff said. “It’s going to be chaos with Republican leadership. And sadly … ‘the crazy caucus’ has grown among the Republicans.”

Republicans accuse Mr. Schiff of using his authority to lie to the public about intelligence reports that supposedly proved former President Donald Trump was in Russia’s pockets.

He also said then-Rep. Devin Nunes, California Republican, was wrong to reprimand the FBI for relying on the Steele dossier to get warrants to surveil Trump campaign figure Carter Page.

In February 2021, the Democratic-run House voted to strip the newly elected Mrs. Greene of her committee assignments over social media posts embracing conspiracy theories such as questioning whether a plane really hit the Pentagon on 9/11 and her “liking” a comment that said “a bullet to the head would be quicker” to remove Mrs. Pelosi from office.

Mrs. Greene would later apologize for the online posts.

The House voted to censure him and boot him off his committees.