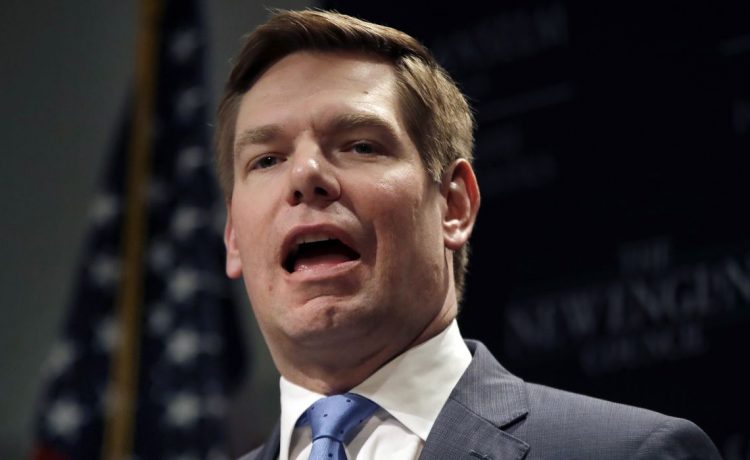 “The momentum is with Ukraine. They can defeat and push out Russia’s aggression. Only a GOP-majority can save Russia,” tweeted Rep. Eric Swalwell, California Democrat.

Sen. Chris Murphy, Connecticut Democrat, has been warning of a “real crisis” for Ukrainian aid if Republicans take power in the House due to the influence of pro-Trump members.

“The MAGA wing of the party, which is the dominant wing, says and thinks a lot of nice things about Putin,” Mr. Murphy told The Washington Post this week.

Democratic Congressional Campaign Committee spokesman Tommy Garcia jumped on the bandwagon: “A spineless party willing to cower to dictators who threaten democratic freedoms has no business leading the United States House of Representatives.”

Democrats have been unified in their support for Ukraine military aid since the Russian invasion in February. That’s provoked criticism by anti-war liberal groups who are usually closely allied with Democrats.

“It is not ‘anti-war’ to support Russia’s imperialist to invade and seize neighboring countries either. Ukraine, like other nations, has the right to self-determination,” Ms. Ocasio-Cortez wrote on her Instagram after being confronted at a town hall meeting about her support for the war.

Former U.S. Rep. Tulsi Gabbard, who announced her departure from the Democratic Party last week, also criticized her ex-party for “fueling and funding” the war abroad.

“The United States and some of these European NATO countries are fuelling this war and need to provide the leadership to bring about a negotiated outcome. That is what needs to happen here to prevent the destruction of the planet and life as we know it,” she said on the Joe Rogan Experience podcast.

“They’re not doing that and they are failing the American people and putting us in this position of not knowing where we’re going to be in the event this kicks off,” she said.

The U.S. has spent over $60 billion on economic and military aid for Ukraine this year. A $40 billion aid package got broad bipartisan support in Congress in May.

Republican support for the effort has been waning. In March, only three Republicans voted against a resolution to support Ukraine: Reps. Thomas Massie of Kentucky, Paul Gosar of Arizona and Matt Rosendale of Montana.

When the aid package passed in May, the bill for $40 billion in aid to Ukraine was opposed by 57 Republicans. The vote came at a time when the U.S. was suffering a domestic baby formula shortage, which many lawmakers raised concerns about.

Mr. McCarthy told Punchbowl News this week that his members don’t want to provide a “blank check” to Ukraine while domestic issues, like illegal immigration, inflation, and crime remain rampant.

“There are the things [the Biden administration] is not doing domestically. Not doing the border and people begin to weigh that. Ukraine is important, but at the same time it can’t be the only thing they do and it can’t be a blank check,” Mr. McCarthy said.

Ukrainian officials said they were caught off guard by Mr. McCarthy’s comments.

David Arakhamia, who leads Ukrainian President Volodymyr Zelenskyy’s party in parliament, said Mr. McCarthy had reassured them just a few weeks ago that there was bipartisan support for helping them.

“We were shocked to hear these comments of Mr. McCarthy, honestly,” Mr. Arakhamia told The Financial Times.

Some Republicans have said the spending on Ukraine is an example of Mr. Biden putting “America last.”

“We should continue to provide them with lethal assistance, particularly the ATACMS that the Biden administration is dragging their feet on,” Rep. Mike Gallagher, Wisconsin Republican, said on Fox News.

Rep. Don Bacon, Nebraska Republican, has criticized the Biden administration for the slow pace of delivering weapons to Ukraine.

Former Vice President Mike Pence this week warned of getting rid of “Putin apologists” in the Republican Party, breaking from some of the closest congressional allies to his ex-boss, former President Donald Trump.

Since the start of the war, at least 6,000 Ukrainian civilians have been killed, along with between 5,500 to 11,000 soldiers. Ukraine also estimates up to 66,000 Russian soldiers have been killed in the conflict.

“We will continue to stand with the people of Ukraine as they defend their freedom and independence with extraordinary courage and boundless determination,” said Secretary of State Antony Blinken. “The capabilities we are delivering are carefully calibrated to make the most difference on the battlefield for Ukraine.”