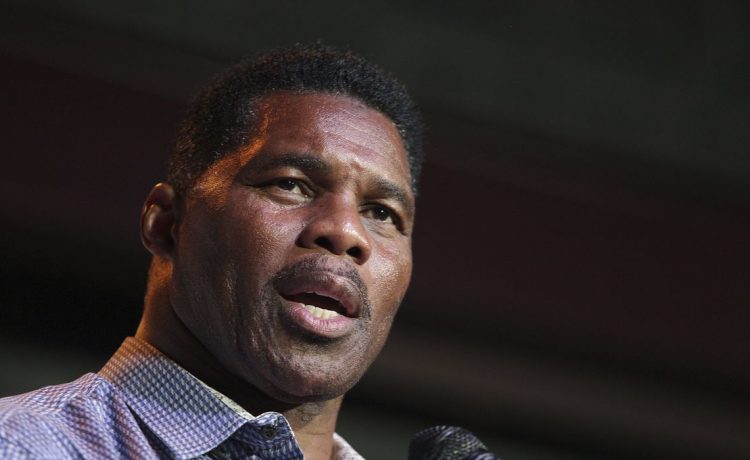 Democrats are feverishly promoting stories about Republicans hiding abortion and killing puppies as the party scrambles to shift the conversation away from kitchen table issues that are top-of-mind priorities for voters.

Herschel Walker, the staunchly pro-life GOP Senate candidate running to unseat Sen. Raphael Warnock in Georgia, was gaining steam in the polls when the liberal-leaning Daily Beast reported he paid a woman to have an abortion in 2009.

Less than 24 hours earlier, it was a somewhat similar story in the U.S. Senate race in Pennsylvania where Lt. Gov. John Fetterman’s campaign tried to make the most of a report from the feminist website Jezebel that Republican Mehmet Oz, who also is gaining ground in polls, was involved in medical research studies that led to the deaths of 300 dogs.

The timing of the stories raised eyebrows and generated swift blowback from Republicans who accused Democrats and the mainstream media of running with bogus claims to boost Mr. Warnock and Mr. Fetterman.

While the criticism of Mr. Oz was almost universally written off as absurd and a reach, the accusation against Mr. Walker had more bite — particularly after his 23-year-old son, Christian, took to social media to describe his father as a deadbeat dad and far from the “moral family man” he portrays himself to be.

“I’m done!” he said about his father’s campaign. “Everything has been a lie!”

For his part, Mr. Walker called the report a “flat-out lie” and threatened to sue the Daily Beast, which stood by its reporting.

Republicans were left urging Mr. Waker to go on the offensive and pondering whether the report could put a significant dent in the GOP’s chances of sending Mr. Warnock packing.

Some Republicans said Mr. Walker is toast, predicting the same GOP voters — including moderates and women living in the suburbs — who refused to vote for former President Donald Trump in the 2020 presidential race will not be able to stomach voting for Mr. Walker.

Other Republicans said Mr. Walker “isn’t impacted at all” by the “hit piece” and said his campaign has raised at least $182,000 since the story ran.

David Johnson, a GOP strategist, said Mr. Walker’s political baggage would have sunk just about any other candidate at this point in the race, but his star power has made him bulletproof — at least up until now.

“No one knows what sort of impact it will have,” Mr. Johnson said. “Should it bring him down? Probably, but he is Herschel Walker. In Georgia, he is a legend, he is the University of Georgia star who took them to the national championship with Vince Dooley.”

“The big thing for Walker, though, is that he had momentum in the race because the issues favor him — inflation, the economy, and crime — and now he has lost a couple of days, at least, to dealing with this,” he said.

Indeed, the Real Clear Politics average of polls shows the Georgia race is a toss-up, and surveys have consistently shown voters are most concerned with issues that voters trust Republicans to handle most, including the economy and crime.

That is worrisome for Democrats given that even Republicans admit Mr. Warnock, who captured the seat in a 2020 runoff race, has run a strong campaign and has had more of a presence on television thanks to his fundraising lead.

The Warnock campaign announced this week he raised a staggering $26 million over the last three months, adding to his financial edge over Mr. Walker.

On Tuesday, Mr. Trump and national Republicans rallied behind Mr. Walker, saying Democrats will do anything to hold onto political power.

“Herschel Walker is being slandered and maligned by the Fake News Media and obviously, the Democrats,” Mr. Trump said in a statement. “Interestingly, I’ve heard many horrible things about his opponent, Raphael Warnock, things that nobody should be talking about, so we don’t.”

“Herschel has properly denied the charges against him, and I have no doubt he is correct,” Mr. Trump said. “They are trying to destroy a man who has true greatness in his future, just as he had athletic greatness in his past. It’s very important for our Country and the Great State of Georgia that Herschel Walker wins this Election.”

Sen. Rick Scott, chairman of the National Republican Senatorial Committee, the campaign arm for Senate Republicans, said Mr. Walker denied the allegations and the party stands behind him.

“When the Democrats are losing, as they are right now, they lie and cheat and smear their opponents,” the Florida Republican said. “They know they are on the verge of losing the Senate, and they know that Herschel Walker is winning, so they have cranked up the smear machine.”

“This is just like the smears they attempted against Brett Kavanaugh and Clarence Thomas, and it will not work,” Mr. Scott said, referencing to the nasty Senate confirmation hearings for the conservative Supreme Court justices.

“As he has said repeatedly throughout this campaign, the governor is laser-focused on sharing his record of results and vision for his second term with hardworking Georgians, and raising the resources necessary to fund the advertising, ground game, and voter turnout operation needed to ensure Republican victories up and down the ballot on November 8th,” said Kemp spokesman Cody Hall.

Mr. Oz, meanwhile, has been gaining ground on Mr. Fetterman in Pennsylvania since mid-August.

The non-partisan Cook Political Report, which tracks elections, on Tuesday moved the race back into the “TOSS UP” column six weeks after rating it “LEAN DEMOCRAT.”

In her analysis, Cook Political Report’s Jessica Taylor attributed the momentum change in the race to the money national Republicans have funneled into television ads depicting Mr. Fetterman as soft on crime.

“Republicans and Democrats alike admit the race has tightened and that Pennsylvania could be the tipping point state for the Senate majority,” she said.

The rating change came a day after the Fetterman campaign pounced on a report in Jezebel that Mr. Oz was involved in research from 1989 to 2010 that killed over 300 dogs.

Most news organizations dismissed the report and Republicans said the Fetterman campaign shopped it around.

In a statement, Gisele Barreto Fetterman, the Democrat’s wife,  said the report was “truly heartbreaking.”

“What kind of person, let alone a doctor, would do something like this?” she said.

The Oz campaign dismissed the attack as a diversion.

“John Fetterman is afraid to answer for his dangerous, radical policies that would devastate Pennsylvanians so he’s resorting to desperate lies designed to distract voters from the issues that are hurting them the most,” said Oz spokesperson Brittany Yanick.

• Susan Ferrechio contributed to this report.