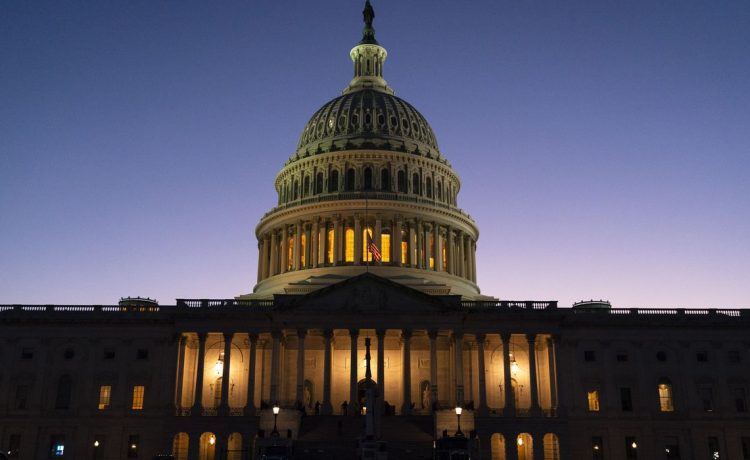 Democrats are pouring in cash, making last-minute messaging pivots and deploying high-profile guests on the stump in races where Republicans suddenly pose a bigger threat just days away from the midterm elections.

Tightening polls have sent Democrats scrambling, even into deep blue New England, to increase voter turnout among their tepid base.

They are pulling out their most potent weapons, including former President Barack Obama, who plans to campaign for newly vulnerable Democrats in Pennsylvania, Michigan, Georgia, Wisconsin and Nevada where polls show Republican candidates surging in Senate and gubernatorial races.

Mr. Obama will hit the campaign trail in the Keystone State with President Biden next week on behalf of Democrat John Fetterman, who has lost most of his lead over Republican Mehmet Oz in the race for an open Senate seat. Mr. Oz gained on Mr. Fetterman in recent weeks amid questions about Mr. Fetterman’s health following his near-fatal stroke in May and a debate performance on Tuesday in which his speech and mental acuity were noticeably impaired.

The race is considered a toss-up.

“Right now, it’s blocking and tackling,” Pennsylvania Democratic strategist Mike Mikus said. “Democrats need to do everything they can to make sure Democratic voters are turning out.”

Democrats, Mr. Mikus said, “are nervous, but they are always nervous.”

In New England, where Republicans are posing a rare challenge to House and Senate candidates, first lady Jill Biden has been deployed. She’ll campaign in Portsmouth, New Hampshire, this weekend for Democratic incumbent Sen. Maggie Hassan, who is suddenly threatened by a late surge in the polls by Republican challenger Donald Bolduc. Mrs. Biden also will campaign for Democratic incumbent Rep. Chris Pappas, who polls show is tied with GOP challenger Karoline Leavitt.

Democratic Party operatives watching their chances dim in key races are deploying new messaging in a late effort to sound tough on crime, which has become a top voter concern.

Moderate House Democrats have warned party leaders over the past two years that support among the far-left for defunding the police is hurting their chances to hold onto seats in swing districts.

Now that the GOP is on the verge of retaking the majority, in part by attacking Democrats as anti-police, even Speaker Nancy Pelosi appears to be worried.

She sent a message Wednesday to rank-and-file Democrats on the campaign trail calling on them “to convey the importance of emphasizing Democrats’ unyielding commitment to public safety.”

The top legislation Mrs. Pelosi highlighted in the memo was the massive COVID-19 aid package and last year’s government spending bill, which included money for law enforcement, or rather, funding the police.

For Democrats, their image problem when it comes to crime is seeping into the suburbs and hurting their credibility with a critical voting bloc.

“A lot of this crime increase we’re seeing are in suburban areas, and those are the voters that gave Democrats back the House and the Senate, and Biden the presidency,” Jessica Taylor, an analyst for the non-partisan Cook Political Report, said. “You moved out to the suburbs to feel safer, and if there’s crime increasing or following you, you might reevaluate certain things.”

Democrats are pulling out all the stops in Pennsylvania to rescue the flagging Fetterman campaign.

In addition to plans to campaign with Mr. Obama, Mr. Biden will make a rare joint appearance Friday with Vice President Kamala Harris at a reception for the Pennsylvania Democratic Party. He’ll make get-out-the-vote stops with Mr. Obama the following weekend in Pittsburgh and Philadelphia, according to Axios.

Mr. Biden will also hold a rally on Nov. 1 in Florida, where Democrats are trailing Republicans in the Senate and governor’s races.

“Last-minute visits from Biden are risky in swing states given his low ratings, but Democrats will do it when they feel their base needs shoring up,” polling analyst Ron Faucheux said.  “Obama’s ratings are better so he can be used in more places.”

Obama will travel to Michigan this weekend for Gretchen Whitmer, who saw her lead over Republican Tudor Dixon shrink significantly in the past two weeks.

Republican strategist Fred Wszolek called Mr. Obama’s appearance a “desperate” move and said there are few Michigan voters left for Democrats to win over in the governor’s race.

“It’s all about mobilization,” Mr. Wszolek said. “They need to put all of their energies there, but there’s no persuasion left to be done.”