Democrats messaging on crime, economy fails to connect with voters 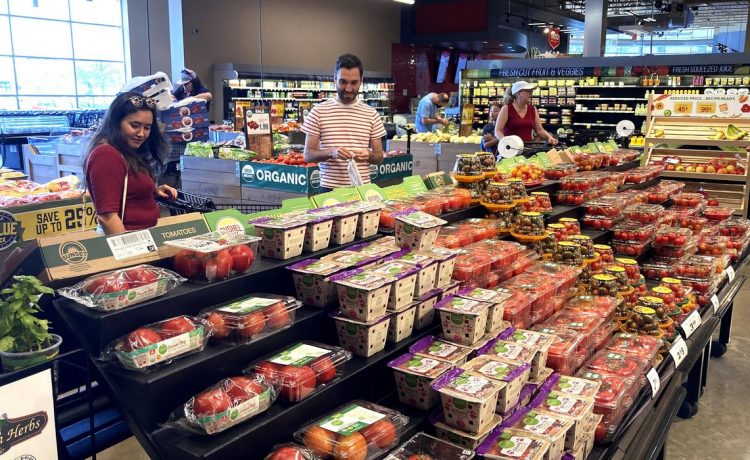 The recent claim by Democratic candidates that crime is worse in red states is falling flat with voters afraid to leave their homes in Democratic enclaves that have suddenly become competitive for GOP candidates.

Democratic Party messaging, in other words, is landing with a thud. Polling predicts nationwide victories for Republican candidates who have clobbered Democrats over inflation, rising energy prices, runaway crime and unchecked illegal immigration.

“Republicans are playing on people’s hearts,” Democratic strategist Christopher Hahn said. “And Democrats are trying to appeal to their minds.

Crime is an example where Democrats are failing to resonate with voters, Mr. Hahn said. “People feel there’s a crime problem,” he said. “You need to address that feeling. You can’t just push back by saying, ‘No, it isn’t.’”

The party’s messaging problem is unfolding in statewide elections, including deep-blue New York, where Republican Lee Zeldin has surged to an improbable tie in the governor’s race against incumbent Democrat Kathy Hochul. Mr. Zeldin has relentlessly hammered Ms. Hochul on crime, which has been on the rise in parts of the state and made headlines again on Nov. 3, when a New York City woman was raped after going out for a daytime jog. Her assailant was a man with 25 prior arrests.

“The crime issue is top of the mind for New York voters,” House Republican Conference Chairwoman Elise Stefanik, who represents New York’s 21st Congressional District, told The Washington Times. “You cannot open a paper in this state without seeing the crime crisis.”

On the national stage, President Biden’s recent address to the nation from Washington’s Union Station may serve as an apt coda for the Democrats’ off-the-mark 2022 campaign messaging.

The president used the speech to warn of intimidation and violence against Democrats, and said if voters choose “MAGA Republican” candidates on Nov. 8, it would pave “a path to chaos in America.”

Mr. Biden’s closing argument to voters failed to focus on their top concerns and instead addressed an issue that few people are talking about in the House and Senate races that Democrats are struggling to win, one Democratic campaign insider told The Times.

“The president is appealing to his coalition, who voted for him and who rejected Trump,” the insider said.

Winning swing districts and swing states, however, requires not only getting out the base but also appealing to less enthusiastic Democrats and independents who have soured on Mr. Biden, which Biden’s anti-MAGA speech is unlikely to do. Those voters are far more concerned about the economy, polls show.

A new Economist/YouGov poll found 61% of respondents believe the United States is in a recession, despite denials from Democrats, who continue to paint a rosier picture of an economy on the rise.

“This is a big problem for Democrats,” polling analyst Ron Faucheux said. “Seventy-five percent of Republicans, 57% of independents and 43% of Democrats say we’re in a recession, while the Biden administration says we’re not. To make matters worse, of the 23% who think we’re not now in a recession, nearly a quarter of them think we will be in the next 12 months.”

Democrats have also been campaigning hard on abortion access, and despite polling that shows critical independent voters are more concerned about the economy than the Supreme Court’s overturning Roe v. Wade, party operatives believe the issue is going to hurt the GOP in swing races and give a boost to their candidates.

They point to Democrat Pat Ryan’s win in the August special election in New York’s 19th Congressional District, which many viewed as a referendum on the high court’s decision to overturn Roe, the 1973 ruling that legalized abortion nationwide.

The Democrats have invested heavily, but not exclusively, in making abortion access a central part of their platform ahead of the midterms.

The House Democratic campaign arm, for example, ran 205 radio and television ads for their candidates this cycle, and half of them mentioned abortion.

Chris Taylor, a spokesman for the Democratic Congressional Campaign Committee, said the party has aimed its messaging at a broad range of issues that voters care about.

“Democrats told Americans we wanted to build bridges, save jobs, and crush the pandemic,” Mr. Taylor said. “We did all of that while also reminding the American people we will defend women’s freedom and the right to vote.”

Voters will declare the winner of the messaging war on Nov. 8.

Ms. Stefanik is confident it will be the GOP.

She organized an upstate rally for Mr. Zeldin on Nov. 3 that attracted 3,000 people, a sizable crowd for the area and one that dwarfed an event for Ms. Hochul hosted by Hillary Clinton and Vice President Kamala Harris the same evening.

Ms. Stafanik believes the GOP’s focus on top-of-mind voter issues has helped give their party the momentum, even in a state that has not elected a GOP governor in two decades.

She devised campaign messaging strategies for House Republicans who are now in a position to potentially pick up dozens of seats and reclaim the majority from Democrats.

“When I became House Republican Conference chair, one of my pledges was we’re going to talk about the issues that matter to the American people,” Ms. Stefanik said. “We unveiled crisis messaging —  the inflation crisis, the crime crisis, border crisis. And we are now winning on all those issues. And those are the top issues that the American people are focused on. “