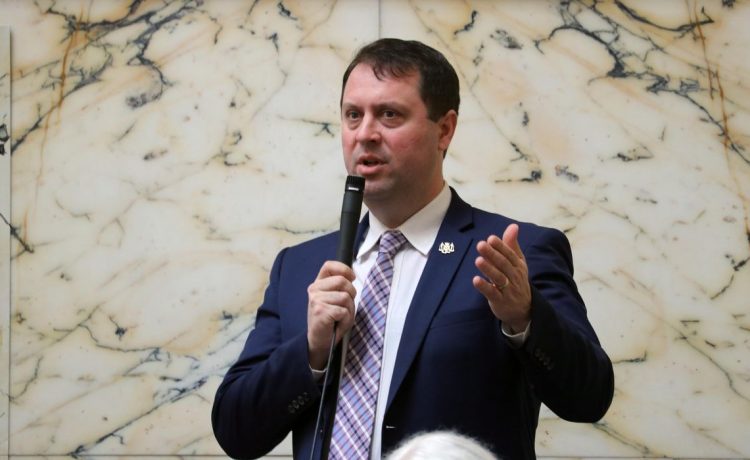 The Democratic Governors Association is spending heavily to boost a far-right Republican candidate ahead of Maryland’s gubernatorial primary next month.

The DGA has bought television ads totaling more than $900,000 promoting state delegate Dan Cox in the two weeks leading up to the July 19 primary. The ads, which will run throughout the Baltimore media market, will highlight Mr. Cox’s endorsement by former President Donald Trump and his hard-line views on the illegitimacy of the 2020 election.

While negative in tone, political strategists say the Democratas’ are angling to raise Mr. Cox’s profile by giving GOP primary voters the impression that his candidacy is a severe threat.

“It’s a dishonest tactic, especially from a party that is always harping on about the need to protect democracy,” said Richard Vatz, a political science professor at Maryland’s Towson University. “All in all, supporting a bad candidate on the other side is a smart political tactic, but it’s insanely unethical and it’s bad for politics in Maryland as a whole.”

Mr. Cox is in a heated primary race with Kelly Schulz, a former Maryland secretary of commerce. Mrs. Schulz has the backing of retiring Gov. Larry Hogan and much of the state’s GOP establishment.

Mrs. Schulz said the DGA’s meddling within the GOP primary is because Democrats recognize she is a threat to their hopes of taking back the governorship.

“They’re only doing [this] for one reason, they’re doing it because they know I’m the only candidate that can beat a tax and spend liberal in November,” said Mrs. Schulz. “Democrats do not want me to win.”

Mrs. Schulz has raised the most money of any of the Republicans running. In the first six months of this year alone, Mrs. Schulz raised nearly a million dollars.

Political analysts say that apart from fundraising problems, Mr. Cox is simply too conservative for Maryland — a state that President Biden by more than 30 percentage points.

“Cox has called for a forensic audit of the 2020 election, he’s pushed to impeach Larry Hogan in the past,” said Mr. Vatz. “Those issues don’t fly in deep-blue Maryland, he’s an extremist and there is no chance he could win the governorship.”

Neither Mr. Cox nor the DGA responded to requests for comment.

Mr. Mastriano won the primary but is seen as an underdog in November. Ironically, Mr. Mastriano has endorsed Mr. Cox and even campaigned alongside him last week in Maryland.