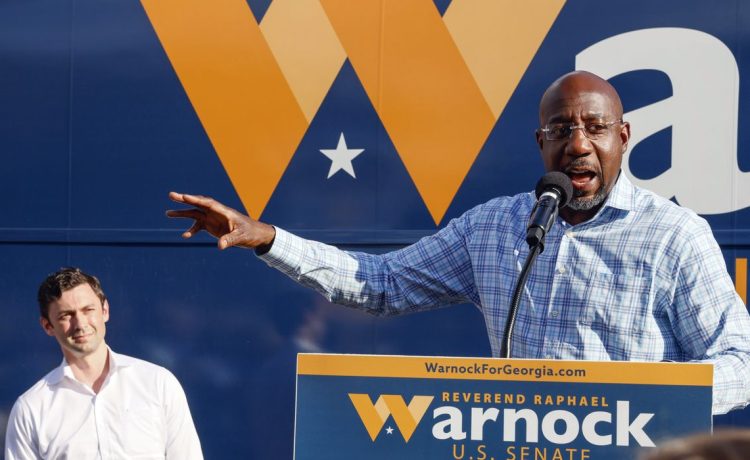 The campaign arm for Senate Democrats said Thursday it isn’t wasting any time in funding its ground game ahead of a Georgia Senate runoff election that will likely determine control of the chamber.

“We know talking directly to voters through a strong, well-funded ground game is critical to winning in Georgia, and we’re wasting no time in kick-starting these programs in the runoff,” said Sen. Gary Peters, Michigan Democrat and the DSCC chairman. “The DSCC is proud to partner with the Warnock campaign to build off their strong field programs and launch an unprecedented organizing effort in the runoff that will ensure we reach every voter we need to win on December 6th.”

The field campaign will help Mr. Warnock’s side reach voters directly, including at their doors. DSCC boasted that Mr. Warnock received 35,000 more votes than Mr. Walker on Election Day, though neither candidate reached a majority needed to win outright.

The Senate is split 50-50, with Vice President Kamala Harris serving as a tie-breaking vote for Democrats.

Democrat John Fetterman swiped a GOP seat in Pennsylvania this cycle, but Republican Adam Laxalt is poised to cancel out that pickup if he defeats Democratic Sen. Catherine Cortez Masto in Nevada. That race is too close to call as Nevada keeps counting votes, including mail-in ballots.

Democratic Sen. Mark Kelly is on track to defeat Republican Blake Masters in Arizona, but that race is still tight and hasn’t been called.

If the current situation holds, a Walker win in Georgia would allow the GOP to retake the Senate while a Warnock win would preserve the Democratic edge in a split chamber.