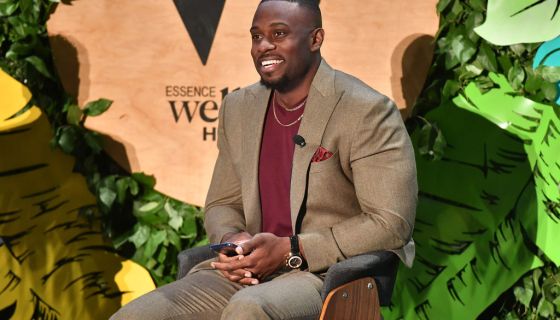 “Relationship coach” Derrick Jaxn was caught once again stepping out on his long-suffering wife Da’Naia Jackson. 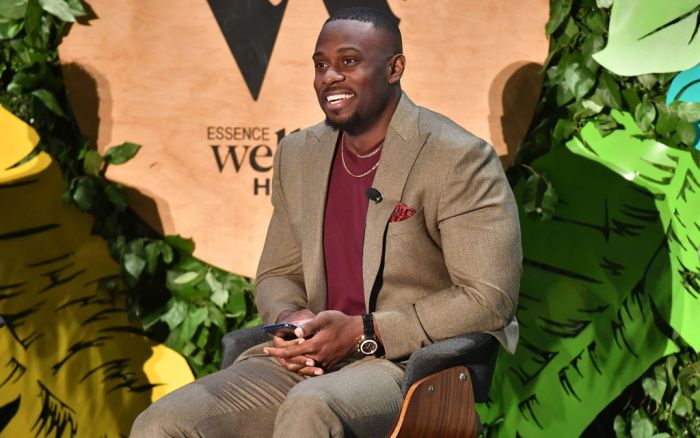 Media personality Tasha K posted video stills of the philander chilling with a mystery woman during Art Basel in Miami. After the receipts were posted, Jaxn announced his divorce shortly thereafter.

The Georgia native posted the lengthy statement to Instagram,

“Over the past several months, my family and I have gone through many changes. Some of you have speculated while others of you have reached out to offer support as we privately established this new normal for ourselves and our beautiful children.

Earlier this year after much prayer, counseling, and deep consideration, we decided to go our separate ways and filed for divorce. Making the decision to file was one of the hardest decisions of my life, but I’ve found peace knowing that our mission of raising healthy children, starting with healthy and whole parents is still being accomplished.

From falling in love as just teenagers, to becoming spouses and now co-parents, I’m grateful for the years we’ve spent together and wouldn’t trade them for anything. I was blessed to have such an amazing person in my life and will forever be thankful for all she’s meant to our family.”

This announcement comes after what appeared to be a mental unraveling for his wife Da’Naia. The stay-at-home mom shared a now viral video condemning those who spoke negatively of her marital union.

“May your husbands and wives become widows. Let your children become fatherless. Let your seeds become vagabonds on the earth,” she seethed. “Let the words of your mouth and the words of your hands be returned back to you. Let it go down your throat and choke you slowly until your days become few on the earth.” She continued, “The word of God says touch, not my anointed, and do my profits no harm. You’ve been warned.”

Da’Nai’s rage shocked social media goers as it was a stark contrast to the peaceful demeanor she displayed in his videos with Jaxn.

The mystery woman who appeared alongside the adulterer in the video deleted her social media accounts. It is likely she was led to believe Derrick was separated like a woman he previously cheated with, Candice De Medeiros. She claimed to have had an affair with the “relationship guru” after Jaxn assured her he was separated from Da’Nai. According to The Daily Mail , De Medeiros stated their affair lasted throughout the summer of 2020 and the two celebrated Derrick’s birthday together. She even added they snuggled in the same bed he shared with his wife.

As previously reported, in March 2021, Jaxn who advocates “Healing & Healthy Relationships,” confessed to serial cheating on his wife.

He spoke in third person as he addressed his 1.3 million Instagram followers,

“The truth is Derrick Jaxn was involved with other women outside the marriage. All of it falls under the category of cheating, affairs, stepping out.”

To many fans he appeared disingenuous and described the video as “cringeworthy”.

When Da’Nai discovered the affairs, she walked away stating,

“I agree with people saying that there is no justification for bringing other women into our marriage … when I found out about it, I left. I did not come back until I saw a shift or a change in his mentality.”

She later stated she forgave him and the couple started “a new chapter” with God at the forefront of their marriage. Now, a year and a half later the two have decided to end their marriage.

Derrick and Da’Nai have been married for 4 years.

We hate to see couples part ways but when one party just can’t seem to get right it’s time to send them to the left, to the left.