The Great Days > News > Despite successes, Ukraine faces a tough slog as Russia digs in
News

Despite successes, Ukraine faces a tough slog as Russia digs in 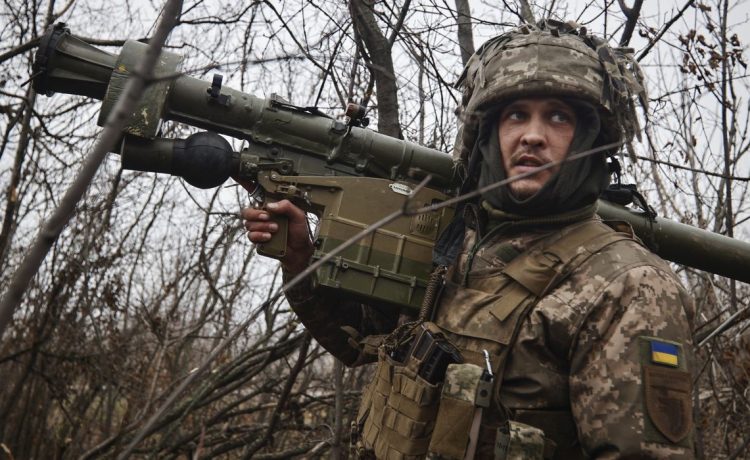 KYIV, Ukraine — With a long winter ahead, the war is far from over in Ukraine.

Analysts who once warned Ukraine stood little chance of holding out long against a bigger, better-armed foe, now say Kyiv must be wary of overconfidence and overestimation of the difficulties that lie ahead against a still-potent Russian occupying force.

The stunning Ukrainian counteroffensive against invading Russian forces that began this past summer, has been widely hailed as a resounding, if not decisive “turning point” in the war. But even as President Volodymyr Zelenskyy was visiting a newly liberated Kherson this week and vowed to press his forces’ advantage, a contrarian, far more sober assessment of the fighting on the ground has emerged.

Ukrainian forces since the summer can boast of a string of victories — in Izyum, Lyman, Kharkiv and now Kherson — and the Kyiv government has not been shy about touting its successes and highlighting Russian atrocities and battlefield mistakes.

The Ukrainians encouraged Western media to visit the liberated countryside around Lyman, pointing to the destroyed convoys and piles of Russian dead on the roads as examples of their success.  Similarly, they stoked rumors of a potential Russian collapse, releasing intercepts of cell phone conversations between panic-stricken soldiers.

But the Russian army remains entrenched in large parts of Ukraine‘s disputed Donbas region and the battle lines in the eastern portion of Ukraine have now stabilized as the daily artillery bombardments all along the front line continue. As the Russian forces have pulled back, they have shortened and strengthened supply lines back to Russia, presenting a more compact and formidable foe as winter descends on the region.

Ukrainian soldiers who have just recently returned to the Kyiv area from the front in the east are offering a bit of a reality check to the largely positive media coverage.

Lacking anti-tank missiles such as the U.S.-supplied Javelin and other supporting weapons, the officer recalled, the Ukrainian units suffered high casualties in spite of the overall success of the counter-offensive.

And some skeptics say glowing reports of Ukrainian successes obscure the still-formidable position held by Russian forces and their separatist Ukrainian allies as the winter weather settles in.

By any measure as the invasion nears the nine-month mark, Russia has gained and maintained a significant amount of territory in the eastern and southern portions of Ukraine. While a large amount of this territory was recovered by the Ukrainians during this recent counter-offensive, it remains only a minor fraction of the overall ground still occupied by the Russians.
“The Russians know how to fight,” Ukrainian Maj. Roman Kovalev, who’s leading a newly configured 500-person battalion on the southern front, recently told NPR. “They learn fast. They’re not the same forces as they were in the spring. It is hard to fight them.”

A closer look at the map reveals that the amount of territory regained by the Ukrainians in September and October barely exceeds, if at all, the amount of ground captured by the Russians during their Phase II offensive in June and July alone.

During that offensive this past summer, Russian forces captured not only Izyum but Severodonetsk, the de facto capital of the Luhansk region, as well as its sister city Lysychansk. The latter two cities currently remain firmly under Russian control, far behind the front lines.
Another critical aspect of the battle in the east is the fighting along the south Donbas front, centered largely on the city Bahkmut. Along the eastern Donbas front the Ukrainian line forms a salient to the east, anchored in the north at Izyum, extending east and anchored in the south on Bahkmut.

In recent weeks, Russian forces have made significant gains and have begun to encircle the shell-torn city. Ukrainian units attempting to hold the line around Bahkmut report almost continuous Russian attacks and heavy casualties on both sides.

The stakes here are high: The road network supporting the southern portion of Russian-occupied territory along much of Ukraine‘s southern coastline runs through the Bahkmut area and control is key to Russian operations there. The coming weeks will be critical in the battle for Bahkmut and with it the Donbas region.

Analysts caution that the significance of the recent Ukraine counteroffensive must be measured not just in terms of square miles and towns liberated, or even casualties. It must be viewed within the context of the overall strategic situation in the eastern Donbas area and the occupied southern coast.

While the Ukrainian armed forces have repeatedly demonstrated skill and resolve against a much larger opponent, the Russian position, being fortified by some 300,000 reservists recently called up by President Vladimir Putin, is a strong one and their pressure on the Ukrainian line in many areas remains relentless.