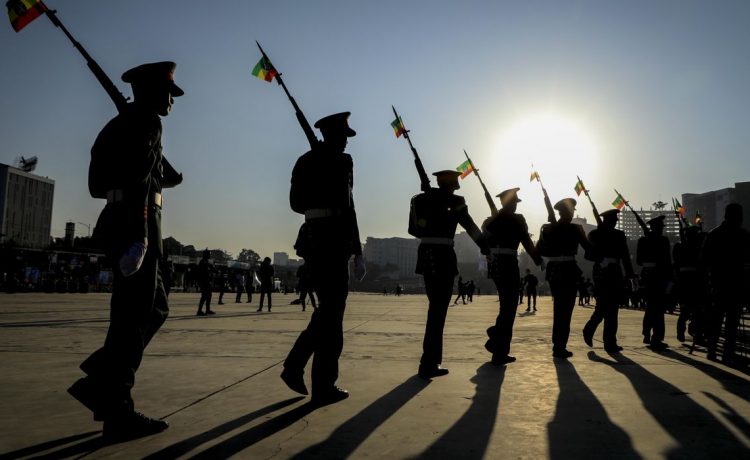 Homeland Security announced a new deportation amnesty for Ethiopians, saying the ongoing conflict in their home country means they have access to Temporary Protected Status here in the U.S.

The move, which immigrant-rights advocates had been demanding, is the latest flex of executive powers by DHS Secretary Alejandro Mayorkas, who in 20 months has granted a deportation reprieve to hundreds of thousands of illegal immigrants.

“Ethiopian nationals currently residing in the U.S. who cannot safely return due to conflict-related violence and a humanitarian crisis involving severe food shortages, flooding, drought, and displacement, will be able to remain and work in the United States until conditions in their home country improve,” Mr. Mayorkas said.

He cited both armed conflict and “extraordinary and temporary conditions” of drought, food scarcity and disease in Ethiopia that he said make it dangerous for citizens to return home from abroad.

TPS grants an 18-month stay of deportation and entitles recipients to work permits, allowing them to put down roots here.

It is supposed to be a temporary status that expires when conditions in home countries improve, though there are hundreds of thousands of people who have been living under TPS since the turn of the century, with subsequent administrations and federal judges ordering the status be renewed.

Democrats on Capitol Hill have also advanced legislation that would convert the temporary status into a full pathway to citizenship for long-time TPS holders.

Advocates had been pushing for a TPS designation for Ethiopia for months.

They suggested there were racial problems with how the Biden administration was administering the program after Afghanistan and Ukraine were granted TPS but Ethiopia languished.

Homeland Security didn’t say how many Ethiopians it expects will be eligible. That information is likely to follow in a full regulatory filing later.

The Washington area is home to a large Ethiopian community, with several sources citing it as the largest community outside of Ethiopia itself.

“The move is a potentially lifesaving reprieve for tens of thousands of Ethiopians who have already contributed so much to U.S. communities,” said Krish O’Mara Vignarajah, president and CEO of Lutheran Immigration and Refugee Service.