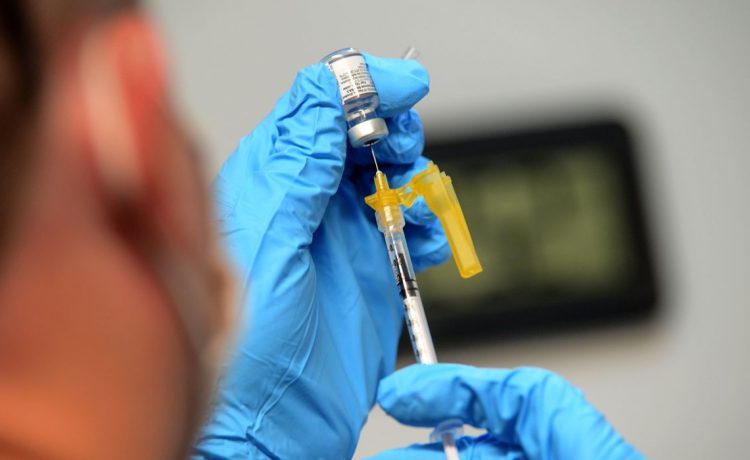 The Biden administration allowed hundreds of Afghans from last year’s airlift to disappear into American communities without getting COVID-19 or other vaccinations, an inspector general has revealed.

The releases came even as the Biden administration was starting the process to fire government workers who didn’t get the coronavirus shots — including some employees at Homeland Security, the department that allowed the Afghans to go free.

Investigators couldn’t say exactly how many Afghans avoided getting vaccines. They said Homeland Security reported that fewer than 600 walked away without the shots in the early weeks of the evacuation, but dodgy records made it impossible for the inspector general to evaluate that claim.

Still others walked out of the military base camps before final clearance — a process that was supposed to ensure they were vaccinated, as well as acclimated to their new homes.

“Some Afghan evacuees independently departed safe havens without completing medical requirements,” the inspector general concluded — though again, because of poor records, it was impossible to say how many evaded the vaccines.

“Another example of this administration caring more about non-citizens than the actual citizens of this nation,” he told The Washington Times. “The White House claims to have put the vaccine mandate in place to protect life, but in the same breath, it turned around and let persons from countries with much higher rates of [illness] into the U.S. to potentially affect all those whom the mandate was supposed to protect.

“When it comes to pandering to activists, nothing that this administration does should surprise anyone,” Mr. Judd said.

Homeland Security didn’t respond to an inquiry on the different approaches, but it defended its handling of the Afghans, saying they were provided information about the medical standards they were expected to meet.

“The Department of Homeland Security (DHS) has already provided and will continue to provide counseling for Afghan nationals regarding the conditions of their parole,” the department said in a statement.

In its official response to the inspector general’s report, the department acknowledged it was taking a lenient approach with the Afghans, including not penalizing them for refusing to get vaccinated.

“To date … DHS has not revoked parole, nor precluded access to an immigration benefit due solely to noncompliance with medical parole conditions,” wrote Jim Crumpacker, the department’s liaison to the inspector general.

He said the department should be praised for the speed it showed in trying to get the new Afghan arrivals to get the shots.

The airlift effort kicked into high gear on Aug. 15, when Kabul fell to the Taliban. Ten days later the government created a vaccine requirement for Afghans being brought to the U.S., and began enforcing those conditions as of Sept. 7 by requiring new arrivals to go to military bases where they would be pressured to get the vaccines.

But even at those camps, the evacuees were treated as “guests” and could walk away any time, the inspector general said.

That made it impossible to calculate exactly how many disappeared into communities without getting the required vaccines.

Indeed, investigators said Homeland Security couldn’t even say when some of them walked away in the first place.

An official who looked for three evacuees at the camp in New Jersey in January determined that they had disappeared from the base in September, without anyone ever recording their departure. Later, when the official went looking for another person, he couldn’t figure out what had happened but ended up marking the evacuee as having “departed” the base at some point.

Homeland Security Secretary Alejandro Mayorkas used his parole powers to clear 77,000 Afghans into the U.S. during the airlift.

The inspector general said 8,600 evacuees never made it to the camps set up to process them at eight military bases in the U.S. Another 11,700 went to the camps but walked off without going all the way through the processing.

Homeland Security created a task force to try to track down the evacuees who never made it through processing, but even there, the government bungled things, the inspector general said. The task force tracked down only Afghans who walked away from Washington Dulles International Airport, but didn’t track down the thousands who went to the military base camps but departed without finishing processing.

At the time of the evacuees’ arrival, the U.S. had a near-blanket policy at international airports requiring visitors — those coming without an immigrant visa in hand — to prove they had been vaccinated.

But those who came in on parole were exempted, as well as asylum-seekers and refugees.

He cajoled Congress into a new massive COVID-19 spending bill and rolled out a series of executive policies designed to force masking and social distancing on federal property, as well as vaccine use among personnel with connections to the federal government.

That included a broad mandate on members of the military, one on the broader universe of federal employees, one on medical workers and one on government contractors.

Courts have blocked enforcement of some of those mandates, including the federal workforce one that applied to Border Patrol and other Homeland Security employees.