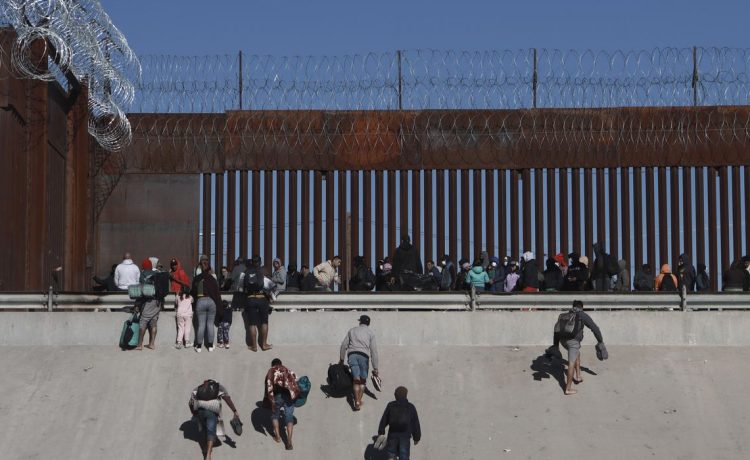 The program applies to Cubans, Venezuelans, Haitians and Nicaraguans. giving them a chance to apply for permission to enter from their home countries. Those that do show up at the border without first applying can be expelled.

Homeland Security claimed a 97% drop in people from those countries jumping the border as of this week, compared to early December.

The department acknowledged that illegal crossings from other nationalities are still rising, and said that’s proof that the parole program is the critical piece of the border security puzzle.

Under the program, up to 30,000 Cubans, Nicaraguans, Venezuelans and Haitians are to be admitted into the country each month under Mr. Mayorkas’s parole powers. That grants them a tentative permission to be here, and offers them work permits, which carry some taxpayer benefits.

Those applying are supposed to have sponsors in the U.S. who promise to support them financially.

Critics said Mr. Mayorkas hasn’t decreased the number of people coming, but rather found a way to hide the border chaos by giving would-be illegal immigrants a direct route into the U.S. interior.
The new numbers were released a day after 20 GOP-led states filed a lawsuit challenging the legality of the parole program.

They say the administration has essentially created a new guest-worker program on its own, outside of the laws written by Congress.

Mr. Mayorkas on Wednesday blasted the states for the lawsuit, calling it “incomprehensible” that the states would object to something that reduced “irregular” migration.