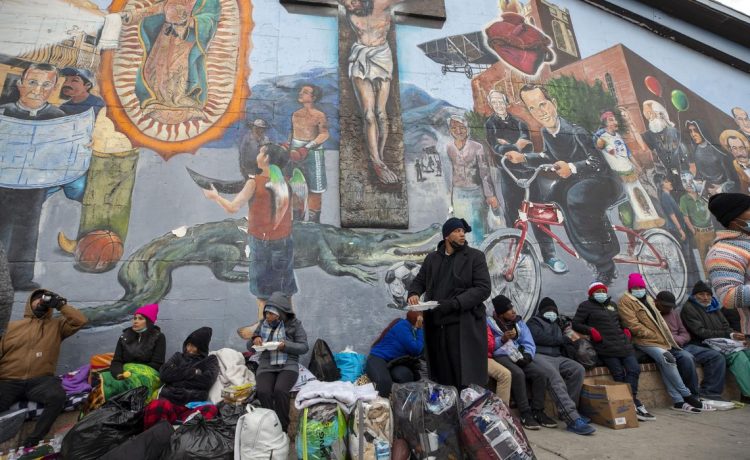 Homeland Security said Tuesday it has moved 10,000 illegal immigrants out of El Paso as it tries to gain control of one of the worst border messes in history.

The Texas city had been seeing 2,500 migrants a day released onto its streets, putting incomparable stress on its social services system and leaving many sleeping on city streets.

Homeland Security says the rate of newcomers has been cut by 40%, to about 1,500 a day, after officials pleaded with Mexico to do more to discourage smugglers from sending people over that part of the border.

The department said it has also released pressure on the region by expelling 3,400 migrants under Title 42 pandemic border emergency powers, and moved another 6,000 migrants to other parts of the border.

“The Department of Homeland Security continues to work according to plan to enforce our laws safely, humanely, and orderly, including quickly decompressing the El Paso area and placing migrants encountered in immigration enforcement proceedings,” the department said in a statement.

Even as the department was celebrating the use of Title 42 at the border, the Biden administration was arguing to the Supreme Court that it’s time to let the policy lapse.

The Justice Department, in a brief, said the pandemic has eased enough that Title 42 can no longer be justified. The department also said it has other measures in place to pick up the slack when Title 42 expires.

El Paso declared a state of emergency over the weekend, with the mayor saying he needed help to handle the crush of people.

“This terrible crisis for border communities in Texas is a catastrophe of your own making,” he told the president in a letter. “With perilous temperatures moving into the area, many of these migrants are at risk of freezing to death on city streets. The need to address this crisis is not the job of border states like Texas. Instead, the U.S. Constitution dictates that it is your job, Mr. President, to defend the borders of our country, regulate our nation’s immigration, and manage those who seek refuge here.”